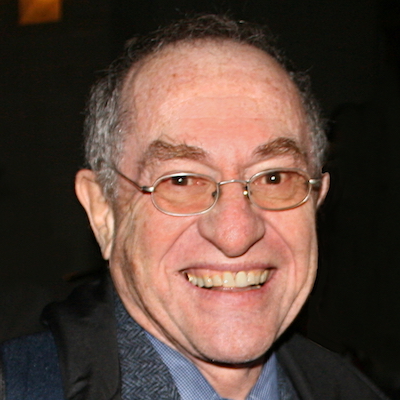 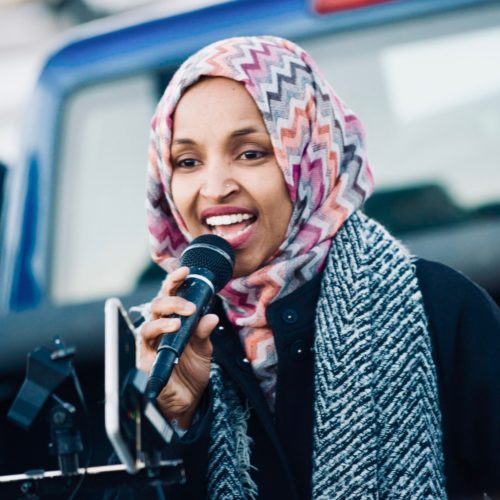 Ilhan Omar is ungrateful. She came to the United States at age 12 as a refugee from war torn Somalia, and is now a member of Congress. Yet time after time she portrays herself as a victim or slams the United States as the manifest evil. How evil does this ungrateful person think our country is? Evil enough that she slams our American soldiers who fought and died in “Black Hawk Down.”

From the Investigative Project on Terrorism:

“The United States Army was the villain in the “Black Hawk Down” incident in Somalia, U.S. Rep. Ilhan Omar, D-Minn., wrote in a 2017 Twitter post.

The original tweet was from former Senator Al Franken about a horrific attack in 2017. 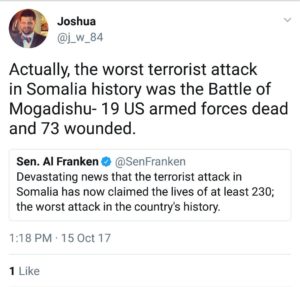 In his selective memory, he forgets to also mention the thousands of Somalis killed by the American forces that day! #NotTodaySatan https://t.co/wrFocrZymQ

First, the United States was there as part of a United Nations humanitarian mission. Why? Because a significant majority of Somalian citizens were starving and in dire need of medical care. Our soldiers were there to protect the aid teams and supplies from being stolen.

Secondly, actual figures show that approximately 500-700 Somali’s died in the battle. If others did, it was because of the fact that even women and children took part in the attacks on our soldiers.

Third, Ilhan wants us to ignore the fact that Somalia in the 1990’s was a hell hole. In 1993 when the Battle of Mogadishu took place, aid workers were being attacked by all the warring factions. Food and medical supplies were being stolen and the aid ships were being shelled.

She wants us to ignore the fact that the country of her birth was in such turmoil that her family got the hell out of there in 1991 and finally made it to the US in 1995.

Nice to see the true colors
Of #IlhanOmar

Zuhdi Jasser, a retired Navy physician, was on the U.S.S. El Paso with Operation Restore Hope at the time. He has never been able to watch the “Black Hawk Down” movie because he knew many of the soldiers involved.

“”If anyone ended up killing people it was the response of Aidid’s guys that ended up doing that,” Jasser said. Omar’s criticism of U.S. soldiers is symptomatic of what he sees as her anti-Americanism.

“I’m particularly offended as an American and as a Muslim that nobody is holding her accountable for these radical views that really view our soldiers as the problem rather than the solution,” Jasser said. “She doesn’t see terror groups as an issue. She’s asked for lighter sentencing for ISIS war criminals. She ignores Al-Shabaab recruitment from her district – the highest in the U.S. – and fought our CVE programs there with CAIR.””

Our guys were outnumbered but managed to prevail. Yet Ilhan doesn’t care about that.

Quite frankly, Ilhan Omar is an ungrateful wretch of a human being.

Weird how @IlhanMN sticks up more for the country she fled than the one she fled to. https://t.co/gffQLbAfwd

It’s not weird, it’s wrong. She’s also very dangerous. Why? Because even though this information is coming to light, she is being given a pass by the Democrats. She’s still on the House Foreign Affairs committee. Her influence is such that Pelosi won’t even hold her accountable for her anti-semitism let alone her blatant anti-American commentary.

Ilhan Omar is a dangerously ungrateful wretch. One who hates our military. One who advocates FOR terrorists at every turn.

This is a feature with her, not a bug.