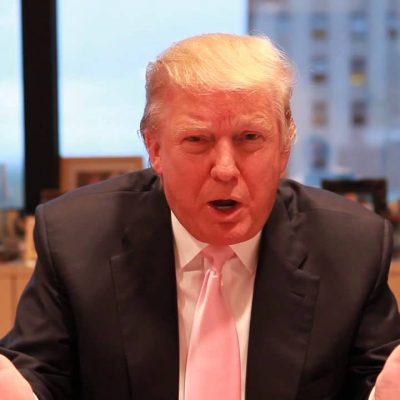 I’m sure that as soon as you read the words “liberal college student”, you rolled your eyes and thought, “Well, duh”. I mean, the words “idiot”, “liberal”, and “college student” are practically synonymous. But the depths of this girl’s idiocy are incredible.

This girl, Nicole Frazier, is a student at Colorado State University. She calls herself “very liberal in my views of the world”.

Well, the fact that she’s a flaming liberal (and a flaming moron) was beyond evident just from reading this drivel.

Every time I see a sign taped to the cash register or to windows of businesses that says something along the lines “10 percent Military Discount,” a wave of indignation passes through me.

I do not think that discounts from businesses should be restricted to military personnel. Let me explain.

First off, I believe when businesses, such as Banana Republic, Lowe’s, Apple and Disney World handout military discounts, they are doing two things. They are establishing an uncouth definition of what it means to serve this country and encouraging a hierarchy that discredits the work of other heroes in our country, treating military personnel better based on their willingness to volunteer.

It isn’t that I am appreciative unappreciative (correction) of the risks they have taken. It’s that I recognize that the military is not the only group of people serving this nation.

… This also brings into question where our values lie, or in other words, what does it mean to be hero in this country? The United States functions through a military lens, where our fears and hubris have limited our scope of heroes to be only soldiers. And I am not saying that they aren’t in some regard. I am just disappointed that our teachers, firefighters and nurses aren’t held with the same esteem.

Personally, I believe that a collaboration of education, patience and an open mind is key to improving a lot of the world’s problems. I think by glorifying the military profession with discounts is reiterating the long-held notion in this country that a strong military presence is the way to go about encouraging change. To put it more simply, encouraging a forceful approach over what I believe to be a stronger and powerful, and perhaps more peaceful one.

I feel that if any Country Buffet or 4’ x 8’ discount is to be given at all, the firefighter who worked around the clock to maintain the raging summer flames deserves it as much as a single mother in the Army.

… Businesses are stratifying our society (further than it already is), with military discounts by putting the group of individuals who serve in the military at the cusp, based on what I deem to be irrelevant factors, such as the riskiness of the job, annual pay and respect.

Those are not justifiable reasons to offer a military discount. So not handing out discounts isn’t a sign of disrespect; it’s a sign of unequal recognition of all. From my standpoint, enlisting in the military was a personal choice, just as much as it was for everyone else to choose another profession. Besides, who decided that if a business doesn’t offer the 10 percent military discount they don’t support troops?

We should not offer a 10 percent discount off the price of a movie ticket as a consolation discount for volunteering for the military. If a discount for those who have chosen risky professions is insisted upon, then we need to offer it to all or none.

That was pretty much the dumbest thing I’ve ever read in my entire life. I’m trying to decide if it was dumber than Twilight or 50 Shades of Grey, but doing so is making my head hurt.

There was a rebuttal posted, but it was rather weak.

Look, here’s the thing: military discounts exist for a number of reasons, and this little libtard only narrowed in on the most superficial one. Military discounts are given out in appreciation of the service of our troops. And considering what our troops go through — risking their lives, being away from their families for months or years at a time, all to protect our freedoms — this is a good thing. It is something they deserve.

But let’s be realistic here. Businesses don’t give out military discounts solely out of the gratitude and patriotism they feel in their hearts. They do it because it’s good for business. Period, end of story.

Now, this idea that discounts are only ever for the military? That must be the stupidest damn thing I’ve ever heard in my entire life. Has this girl literally never gone and done anything? There are discounts for everything, including her examples of police officers, firefighters, nurses, and teachers. There are also senior discounts, college student discounts… you name it, there’s probably a place that has it.

We should not offer a 10 percent discount off the price of a movie ticket as a consolation discount for volunteering for the military. If a discount for those who have chosen risky professions is insisted upon, then we need to offer it to all or none.

It pretty much sums up how moronic the entire liberal worldview is. Guess what, Nicole? Life’s not fair. And because this is a free country, businesses can choose to give discounts to whoever the hell they feel like giving discounts to. Even if it makes poor, moronic liberal college students cry into their kitty’s fluffy fur about how gosh darn unfair it all is.