Previous post
Biden to Specter: "Why don't you just go ahead and be a Democrat?" 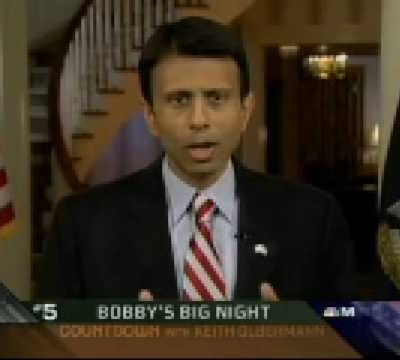 Next post
Can they please shut up about Bobby Jindal now??

by Cassy Fiano in Headlines 24 Comments

I swear to you, swimming the waters of the feminist blogosphere is a strange experience. There are few others who can simultaneously make me laugh hysterically and be very angry at the same time. But somehow, feminists do it, and Feministing is the best at it.

The newest post to inflict hilarity and outrage is one where a feminist tells people to go f*ck themselves because they stare and make comments about her large breasts. This therefore means she’s a victim. Oh, and before we get started with the victimhood parade, like most posts from Feministing, this does contain some language. There. You’re warned.

Hello, good friend/acquaintance/classmate/stranger. I’m just writing to let you know that I am in fact aware that my breasts are big. Thanks.

I mean, I’ve only been living with them for years. But thank you, person/classmate-who-I-may-or-may-not-know-particularly-well-and-don’t-necessarily-feel-comfortable-with for informing me. Your comment about my chest really spurred meaningful and insightful conversation and didn’t embarrass or dehumanize me in the slightest. I feel incredibly respected.

No but seriously. Don’t tell me to, “put them away,” or notify me that you could probably swipe a credit card through my cleavage. I don’t want to hear it. If my bra is visible and you would like to enlighten me of that fact, that’s fine, but making a “hilarious” comment about my breasts because you somehow feel that it’s appropriate or because you “only want to give me a compliment” ISN’T charming. What it tells me is that you’re more interested in discussing cup size than anything I may have been able to add to our conversation.

And another thing, wearing a low-cut shirt doesn’t give you the right to comment either. I’m sorry if I’m showing cleavage, that must be really difficult for you, but I’m sure you can move your eyes about six inches to the north . It is NOT my fault that you think yourself incapable of doing the simple task of looking at my face. And NO, wearing a low-cut shirt does not mean I’m “asking for it,” no matter how many people may have told you so. Please desist.

This may seem harsh, but I have HAD IT with STRANGERS and even CLOSE FRIENDS of both genders thinking it’s entirely normal to say, “Wait, oh my God, but you have really big tits,” in the middle of a conversation. And I’m fucking sick of letting such inconsiderate assholery get to me.

With the most sincere “go fuck yourself” I can muster,
Phoebe

So, here’s the thing. I know what it’s like to have these kinds of comments. Sometimes it’s funny, sometimes it’s creepy, and most of the time it’s inappropriate. But guess what? People do not always behave perfectly, and life is not going to fit into this perfect little model of what you want it to be. I have had all kinds of comments from men and women alike about my boobs, and I certainly do not carry around this baggage, thinking about how horrible it is and what a victim I am. (And yes, one of the commenters actually did call her a victim. I wanted to puke when I read that.) My freshman year of high school, when I first started — ahem — developing there were two boys who rode the bus with me who used to say stupid shit like that all the time. It got them nowhere and did nothing to me beyond getting me to roll my eyes and call them some name, probably the equivalent of today’s “assclown”. And then I went on about my day. I never felt like these guys were acting like terrible men trying to keep me, a woman, down. I thought, “Gee, what immature assholes.” And then I’d forget about it. Stressing about it and dwelling over it so much that you have to write a blog post about it is pathetic.

Because you know, letting someone define you by their insults says more about you than it does about them.

The other part of her post that I found interesting was how she apparently didn’t like people staring or even mentioning her breasts, even when she says herself she’s wearing low-cut shirts. Honey, if you wear low-cut tops with your boobs hanging out, people are gonna look. They just are. Either learn to deal with it or cover up more, because there will never, ever be a complete absence of people ogling a woman with large breasts. There are simply some people who will just look, and it’s our responsibility to find a way to handle the situation. Oh, and if there are so many people pointing out your boobs, it may not be a compliment. They might be trying to tell you something — as in, “Um, Phoebe? Your boobs are like, huge, and maybe you should put them away,” meaning, “Um, Phoebe? I’m about half a centimenter away from seeing some nipple action and I really don’t want to, so why don’t you cover up before you start stripping in the middle of my calc class, OK? Great.” I guess when you’re completely self-centered and narcissistic (and modern-day feminists are by definitely self-centered and narcissistic), it may never cross your mind that when someone mentions your body, it’s not automatically because they’re looking at you as a sex object.

The sad thing is, I’m inclined to believe that most of the people this Phoebe references probably made no more than passing comment like, “Wow, that top looks great on you, you fill it out nicely”, and she heard something completely diferent, thanks to her ingrained victimhood ideology. Plus, with feminists, everything is an overexaggeration, so who knows what the truth is?

What really matters anyway is not what people say or do. What’s sad is Phoebe herself, and that her reaction to something as stupid as this is so strong. People say and do rude things, but the only person who can make you feel like a victim is — GASP!! — you. Brush it off, let it go. For God’s sake, get a life and get over yourself. Stop taking everything so seriously, and maybe — just maybe — these kinds of stresses will go away.