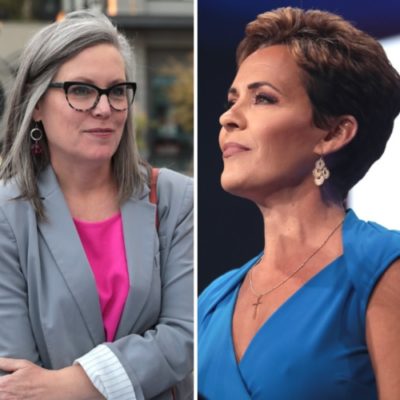 Next post
Hobbs Blames Lake For Burglary, Then Dodges 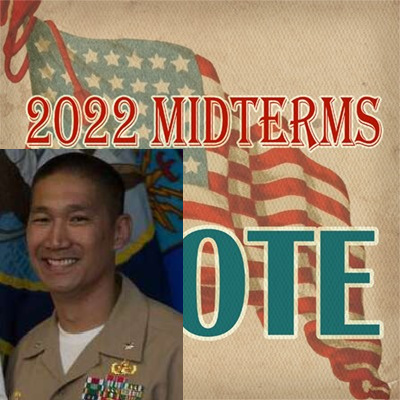 Hung Cao is challenging the incumbent, Jennifer Wexton (D), for Virginia’s 10th District. He is the American Dream writ large. Cao is an immigrant, a veteran, and the father of five beautiful children. His is a much-needed voice in the Northern Virginia/Loudon County area. Here is what you need to know to spread the word.

Hung is a refugee from Vietnam and immigrant to the United States. Hung’s family escaped in 1975 shortly before the fall of Saigon. After a brief stay in the United States, his family relocated to West Africa where he was educated in French schools before returning to Annandale, Virginia in 1982. Hung is a proud member of the inaugural graduating class at Thomas Jefferson High School for Science and Technology. Moved by the opportunities afforded to his family, Hung vowed to serve his newly adopted country and was accepted to the United States Naval Academy in Annapolis, Maryland.

His son is currently at the Naval Academy, and you know they don’t take you just because you are a legacy. Cao’s story would be awesome enough, but:

Upon graduation, he served as a Deep Sea Diver and Explosive Ordnance Disposal (EOD) Officer. As a Navy Diver, he salvaged several plane wreckages including the recovery of John F. Kennedy Jr, Carolyn Bessette Kennedy, and Lauren Bessette. Hung deployed in combat to Iraq, Afghanistan and Somalia serving alongside Special Forces and SEAL Teams.

–WHY IS HE RUNNING FOR CONGRESS NOW?–

…as he watched the fall of Kabul in August, seeing Afghan mothers hand their babies to U.S. Marines, Cao said the deadly withdrawal reminded him of his family’s experience. Soon after, he decided to run for Congress.

A father of five whose children are home-schooled, Cao hammered on education throughout his campaign. He advocated for school choice and sought to appeal to conservative parents who had become active at school board meetings to oppose “critical race theory” and racial equity and diversity policies.

Cao is going to have a heavy battle against the wokerati. Nina wrote last year about the NEA approving Critical Race Theory in schools, and despite Governor Glenn Youngkin’s best efforts, it has only gotten worse. The more good people we get in Congress across the country, the easier the fight will be.

–THE LEFT TRIED TO PAINT HIM AS AN ELECTION DENIER–

Well, nobody can be Hillary Clinton as an action denier, but Hung Cao had a pitch perfect answer:

33 Hispanic, 28 Black, 13 Asian, and 3 Native American Republicans are running for Congress, and we're all facing the same line of attacks from our opponents. While they deflect from issues voters care about, we're focused on ensuring all Americans can achieve the American Dream. pic.twitter.com/ZkpXfBG0aw

Epic. Don’t get into the details just remind people of what they see every day.

Six years ago, while commanding the Naval Diving and Training Center in Panama City, Florida, a brief four minute video was done on Hung Cao. I have to admit this video made me a little verklempt:

The Loudon County Democrats say that Cao is “unfit for duty”. Stop laughing. I see you there. Let’s take a look at what the Dems think:

Hung Cao doesn’t get it: Renewable energy is a mystery, economics isn’t his strong suit and he’d like us to forget that Ukraine is fighting for democracy.

He seems to think that solar energy doesn’t work on cloudy days (how about at night?) and that Russia’s war in Ukraine – which he’d like the United States to abandon – isn’t to blame, even a little bit, for the worldwide inflationary spike.

During the final debate between Cao and Congresswoman Jennifer Wexton on Thursday, she never went on the attack, nor did she need to, as Cao voluntarily made clear that he is unfit to serve in Congress.

Asked to comment about how “The war in Ukraine has impacted America in several economic ways, from rising energy prices to uncertainties and international markets…” he rejected the premise: The increase in oil “prices did not happen from the war.” Instead, he claimed “that happened on Day One of Joe Biden’s presidency when he signed all of those regulations…” (Really? And it took 2.5 years for prices to spike, coincidentally just as Russia cut energy supplies to the West?)

Further, on the topic of Ukraine, Cao said defending democracy there is too costly, that it’s running up the deficit, and he strongly objects to “depleting our national reserves of weapons.” Really? Like the Pentagon isn’t replacing those munitions?

On healthcare and the Affordable Care Act, Cao rambled, claiming that health costs are out of control – ignoring that ACA has brought down costs and ignoring the measure recently signed into law by Democrats controlling prescription prices. He insisted “We need competition. Competition … brings in lower prices,” which, in fact, is true of generic drugs but has little or no impact on the all-important, cutting-edge pharmaceuticals developed in the past two decades.

Great Caesar’s Ghost! These people are functioning idiots. Remember what happened the Texas last winter? The wind farms froze and so did the people. These people don’t read the news or else they would know we are not replacing the munitions we are sending to Ukraine, not at the rate we need to. And, lowering drug prices by fiat does not truly cut prices.

The Democrats, collectively, don’t have the brain power of Hung Cao.

On education, economics, green power and Ukraine, Hung Cao is right. If we are blessed, he will flip the Virginia 10th District and be the next Congressman.