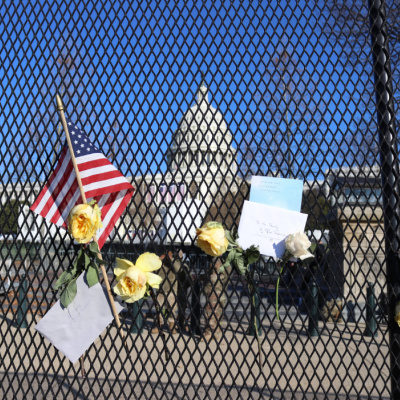 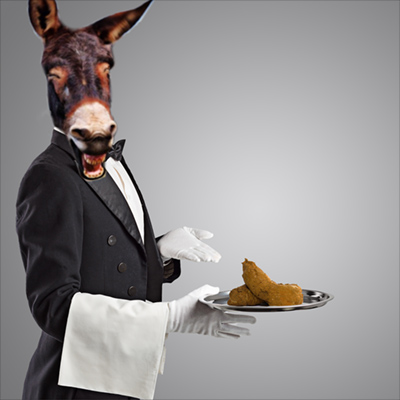 Democrats keep finding new sharks to jump and, if it isn’t Maoist Truth Commissions or Nasty Nancy wanting to set up a 9/11-style inquiry in order to shut-out any GOP candidate not hand-picked by Dems, we now have Congresscritter Linda Sanchez (D-mented-CA) trying via HR 484 to strip Trump of any future Federal funds, acknowledgement or even burial in Arlington.

What is a bill of attainder? Simply defined, it is an act of legislation directed at a specific person (or a group of persons) that declares them guilty of something and imposes a punishment without trial. Such bills are specifically banned by the Constitution (Article I, Section 9, Clause 3). Keep that in mind when you find out that Linda’s bill is directed against any former president “impeached twice”. Now, who could that be?

Introduced in late January, H.R. 484, dubbed the “No Glory for Hate Act,” would “prohibit the use of Federal funds for the commemoration of certain former Presidents,” namely those that have faced impeachment proceedings from the House on two separate occasions. The bill would also restrict the use of government funding to “create or display any symbol, monument, or statue commemorating” a twice-impeached president, and it would bar the naming or redesignation of any federal building or land after commander In chiefs in question. (snip)

“We should never glorify the hatred Donald Trump personified as President. This bill ensures that there is no glory for hate — not a building, statue, or even a park bench.” (Linda Sanchez)

And while Sanchez’ bill doesn’t identify President Trump by name, Sanchez confirms it was drawn up specifically to punish him. Regardless of the lack of substance of either of Pelosi’s Impeachment Articles (and even a blatant falsehood in the second set), two Senate trials acquitted the President. Acquitted.

It’s entirely reasonable at this point to wonder how Sanchez got her JD from UCLA. Maybe a few quota-filling sheepskins to keep La Raza quiet? What is obvious is that HR 484 is aimed at depriving Trump of the usual privileges of former Presidents, even those provided by the Former Presidents Act of 1958. And while Linda didn’t go so far as to strip Trump of Secret Service protection, the bill will:

1) Ban any Federal funds, even to States, to create or display any symbol, monument or statue commemorating Trump.

3) Ban Trump from being buried in Arlington cemetery

The devil is in the details and what is left out of this four-page bill is that the ban of all Federal funds would also apparently cover Trump’s archives on .gov sites, the presidential portrait in the National Gallery, and even a Trump Presidential Library. To prohibit the use of Federal funds for the commemoration of certain former Presidents, and for other purposes.

Of Rocks and Glass Houses

Sanchez, auditioning for a spot in the Ministry of Truth, is out to snip the last four years from history. Even as she continues to dine on how horribly scared she was on Jan 6 from the LARPer breech, this younger sibling of the braintrust-known-as Loretta Sanchez (who got to Congress via voter fraud) …

Linda has had her own ethical issues.

Rep. Linda Sanchez (D-Calif.) on Thursday dropped out of the race to lead the House Democratic Caucus and faced questions about her political future following her husband’s indictment on federal criminal charges. (snip)

James Sullivan, Sanchez’s husband, was charged with misusing federal funds to cover personal expenses. Those alleged improper expenses include two trips with Sanchez to the Kentucky Derby, as well as a trip to Key West, Florida.

Linda’s loyalty is to unions and every unAmerican Woke policy that marches into view from stage left. It doesn’t include 75 million American voters or all the actual good President Trump clearly accomplished.

O’Brien would be proud.