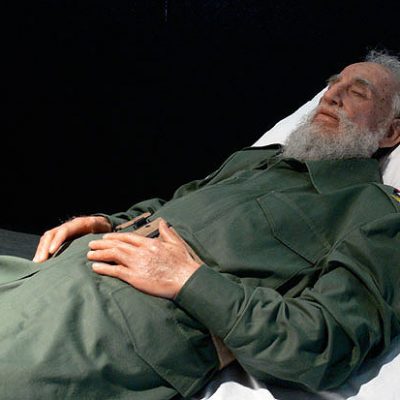 Next post
Battle Against ISIS For Mosul Rages On [VIDEO] 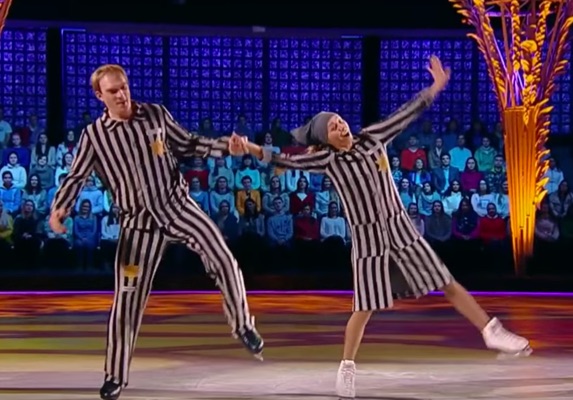 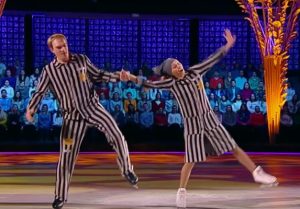 For her performance in the Holocaust-themed skating routine, Navka and her skating partner wear striped pajamas with the notorious yellow stars attached. They skate to the song “Beautiful That Way,” from the 1997 film Life is Beautiful.

Russian skaters are legendary for the grace and skill, and these two are no exception in this routine, but oh! This made me cringe.

When asked why on earth she would perform this routine, Navka said simply that it was “based on one of my favorite movies.” She added that it was important for children to learn about the Holocaust, and proudly posted pictures of the routine on Instagram.

I agree that the Holocaust should be taught, but to children of an appropriate age. And certainly not in such a light-hearted manner. I’m pretty sure ice skating rinks were not constructed for entertainment in concentration camps.

This is not the first time Russians have used the Holocaust as entertainment. In April, the Russian version of “Dancing with the Stars” presented a routine featuring a Nazi soldier finding a Jewish girl hiding behind a piano. He’s taken by her beauty, and the two dance to . . . are you ready for this? Frank Sinatra singing “Fly Me to the Moon.”

Some things must be seen to be believed. So here’s the dance number, in all its cringeworthy glory.

Both performances were well-received by Russian audiences. But when social media beheld Navka’s Holocaust skating routine, worldwide criticism rained down.

I think @netanyahu should demand apology from Putin for ice skating show making mockery of Holocaust.@EmbassyofRussia

My grandfather was in a camp. I can assure you his ice dancing skills were not put to use.

Now I have heard that we Amerikanskis tend to be more sensitive than Europeans. When our eldest daughter completed a college internship in Germany several years ago, she told us how politically incorrect the Germans were — despite that World War II thing.

But Americans will always have this. From the 1968 film, The Producers:

Admit it — you laughed.

Maybe it’s because we know that the writer and director of The Producers, Mel Brooks, is Jewish. He frequently has used Nazi themes in his comedies, perhaps to belittle the inherent evil by ridiculing it. Sort of defanging the beast with mockery. And let’s face it — Mel Brooks is a very, very funny man, and also is a veteran of World War II.

But the Holocaust skate and dance routines seem different. Maybe it’s because we know Putin to be an oppressor of people, both of other nations and of his own countrymen. Maybe it’s the stain of the Stalin-era purges of Jews in the 1950’s, or the Czarist pogroms of the Jews in the late 19th century. We Americans aren’t exactly pure when it comes to civil rights in our own history — no nation is — but we’re not using genocide as entertainment material, either.