Previous post
What Would Andrew Breitbart Say About #DonaldTrump?

Hillary Promises She Turned Over All The Emails – In Writing 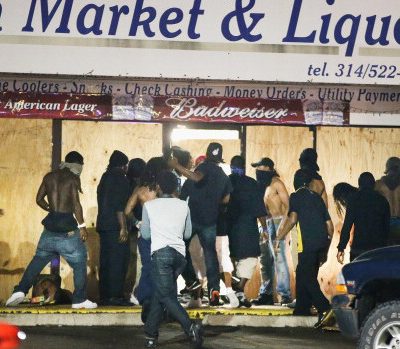 Next post
#Ferguson Anniversary: Protests and Gun Battles With Police

Hillary Promises She Turned Over All The Emails – In Writing

Under penalty of perjury, Hillary Clinton has now told a federal judge that yes, she pinky-promises that she has turned over ALL of her work emails to the State Department now, according to a spokesman.

This follows U.S. District Court Judge Emmet Sullivan ordering Clinton as well as two former top department aides to state under penalty of perjury they have produced all government records in their possession.

While the State Department initially said Friday Clinton had not issued her certification, department spokesman Alec Gerlach said when her attorneys sent the document it initially went to officials on leave.

And speaking of deletions, Cheryl Mills, Hillary’s former chief of staff, after initially having her lawyers say that she was going to be deleting her emails, has now modified that slightly after getting slapped down by U.S. District Court Judge Emmet Sullivan, after Judicial Watch, who has been doggedly pursuing a FOIA lawsuit regarding Hillary’s other top aide, Huma Abedin, also known as Mrs. Anthony Weiner.

After Judicial Watch informed the court of this development (Mills’ potential deletion of emails), Sullivan issued a ruling directing the government “to request that Mrs. Hillary Clinton, Ms. Huma Abedin, and Ms. Cheryl Mills i) not delete any federal documents, electronic or otherwise, in their possession or control, and ii) provide appropriate assurances to the Government that the above-named individuals will not delete any such documents.” The court also asked for a status report by this coming Wednesday as well as assurances from all three that they will not delete any federal documents they have.

“We are abiding by the Court’s order,” Wilkinson, Mills’ attorney, told CNN on Sunday.

But neither Cheryl Mills or Huma Abedin have signed their official forms, as Hillary has, that they have also turned over all of their emails. After all, you have to get your story straight BEFORE you swear that you aren’t committing perjury.

Perjury, and a Clinton…. this has a familiar ring to it.

This is not to say, of course, that Hillary has committed or will commit perjury. But it sure is interesting how the Clintons and their inner circles are always having to promise to not lie to a court of law. You’d think it would be easiest to just tell the truth in the first place. Or just use the State Department-issued email address. After all, if history is going to be your judge, what can you possibly have to hide?