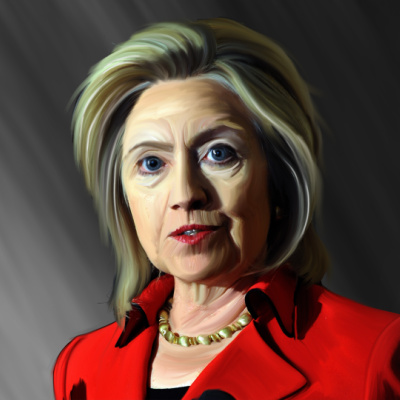 In an Op-Ed in the Democracy Docket, Hillary Clinton blasted Republicans for new election integrity laws that she claims are “no different from the Jim Crow past”. She also gigged the Supreme Court because President Donald Trump nominated three of the current Associate Justices.

Let me just get this off of my chest first: Hillary Clinton is an inflamed pustule on the tip of America’s nose. Oof, I feel better. Way back in 1996, the late wordsmith William Safire called Hillary Clinton a “congenital liar”. The intervening quarter of a century has not improved her truth-telling capabilities. She went from First Lady, to Senator, to Presidential aspirant, to Secretary of State, to Democrat Presidential nominee with absolutely zero personal growth. At age 73, she is as she ever was, a shrill partisan liar. And, a racist.

We know that Hillary Clinton is a racist because she speaks one way to an audience of those she considers her peers. And, she speaks in a certain vernacular when she speaks to a Black audience. Let’s look at a comparison:

I don't feel no ways tired. I've come too far to pander to you….. @HillaryClinton – aka Ms Evil 👹 pic.twitter.com/zxv2FXQXSm

If the inflamed pustule known as HRC respected her Black audience, she wouldn’t feel the need to pander to them. Hot sauce anyone? Victory Girls has long called out HRC’s racism. You can read one example here.

Hillary Clinton does not consider Black Americans her peers and that is why she wrote this in Democracy Docket:

Since the 2020 election with its historic turnout, lawmakers across the country have introduced nearly 400 bills making it harder to vote: purging voters from the rolls, making it more difficult to register, cutting back on early and absentee voting, getting rid of ballot drop boxes, even banning giving out food or water to people waiting in line at the polls.

Neither the Georgia nor Texas Voter Integrity Laws get rid of drop boxes. The Georgia law actually expands some early voting, and there is only a ban in Georgia against partisan groups handing out food and water, within the 100 foot area from the polling. The inflamed pustule lies again.

Each of these proposals disproportionately prevents people of color from casting their ballots, and each is egregious in its own right. (They also pose a question: If your best strategy for winning elections is to block huge swaths of the electorate from voting, what does that say about the strength of your candidates and policies?) Combined, they add up to an even bigger problem – one that encompasses redistricting, Trump’s “Big Lie” and the anti-majoritarianism we’re seeing from today’s Republican Party. We are witnessing a concerted attempt to destabilize the democratic process and delegitimize our multi-racial democracy, carried out in full view of the American people. As Democrats, it’s not enough to push back one law, one court case or even one election at a time. We need to fundamentally change the way we think about and fight back against this blatant, sweeping effort.

How does any of these things disproportionately prevent people of color from registering, getting to the polls or casting their ballot? Clinton doesn’t say. She doesn’t have to. People of color need great and good white women like Hillary to care for them because they are not able to care for themselves.

Hillary channels creepy Joe Biden in this next bit:

It’s heartbreaking and unacceptable that we once again find ourselves fighting the battles of the last two centuries. Today’s voting restrictions are no different from the Jim Crow past, replacing literacy tests and poll taxes with laws that, as one North Carolina judge put it in 2016, “target African Americans with almost surgical precision.” Much of the blame for this backsliding rests with the Supreme Court, which, thanks to the election of President Trump, is even more hostile to voting rights today than it was when it gutted a crucial provision of the Voting Rights Act in 2013. But the problem is more insidious.

Having to show your identification to vote and vote in the correct polling location is the same as a literacy test and poll tax?

We need to call these attacks on voting what they are: part of a clear attempt to move away from a pluralistic, multi-racial democracy and toward white supremacist authoritarianism. We need to remain laser-focused on what’s at stake for democracy and people’s lives and refuse to allow Republicans to draw us into piecemeal fights over tactics and technicalities. Voters should have the ability – not just in principle, but in practice – to hold elected officials accountable in the voting booth. We should be doing everything we can to make it easier for eligible voters to cast their ballots.

We couldn’t move away from our “pluralistic, multi-racial” society if we wanted to, which we Do Not want. Our families are far more pluralistic and multi-racial than Hillary’s. It’s in Hillary’s wine-cooler addled brain only that Republicans are racist.

Hillary’s gonna lie and race bait, like the inflamed pustule on the tip of the American nose that she is. I am not in any way tired and I will fight her until my last breath.