Harry and Meghan: Be Careful What You Wish For

Harry and Meghan: Be Careful What You Wish For 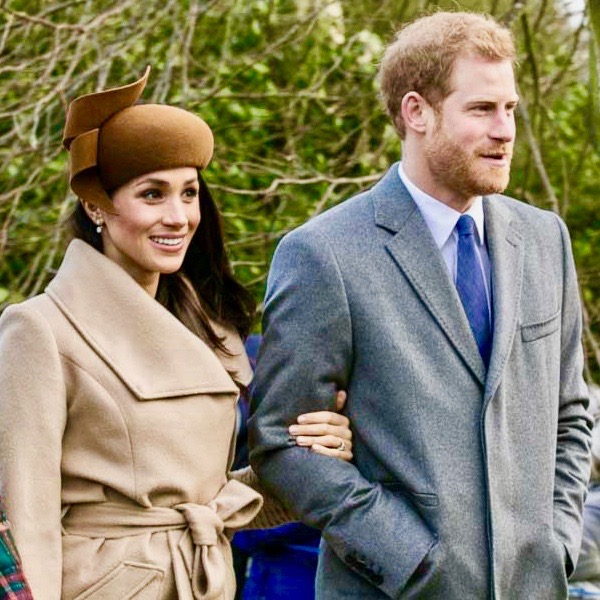 by Nina Bookout in People 26 Comments

Harry and Meghan are no longer Royals. That’s what they wanted, but as the saying goes, be careful what you wish for because the grass isn’t always greener on the other side of the fence.

Yesterday the news broke that the Harry and Meghan exit is official.

The Queen’s statement is quite extraordinary.

“”Following many months of conversations and more recent discussions, I am pleased that together we have found a constructive and supportive way forward for my grandson and his family.

“Harry, Meghan and Archie will always be much loved members of my family.

“I recognise the challenges they have experienced as a result of intense scrutiny over the last two years and support their wish for a more independent life.

“I want to thank them for all their dedicated work across this country, the Commonwealth and beyond, and am particularly proud of how Meghan has so quickly become one of the family.

“It is my whole family’s hope that today’s agreement allows them to start building a happy and peaceful new life.””

It is an incredibly gracious statement that says a great deal and very little at the same time.

Harry and Meghan’s statement is a play nice in the sandbox with others. I have to wonder if the statement was thoroughly vetted by the Queen and Prince Charles.

It isn’t just that Harry is no longer a Royal. His military titles and rank are gone. Including the rank of Captain General of the Royal Marines which was conferred on him by his Grandfather Phillip, the Duke of Edinburgh.

What this all boils down to is this. If they are going to do anything “royal” Harry and Meghan will ONLY do so at the invitation of the Queen.

Harry and Meghan have gotten their wish, and now have to earn their own way.

“It is understood that in return for dropping the use of the HRH titles, there will be no oversight on how the couple earn money, meaning they can make whatever commercial deals they want.

The Sussexes will continue to maintain their private patronages and associations, but they “no longer formally represent The Queen”.”

With no oversight on how the couple will make money, the sky is the limit. And so are the dangers associated with doing so.

Meghan is a reasonably famous actress with a whole host of high profile friends used to navigating the shark-infested waters of celebrity life. Harry, while incredibly famous in his own right, has been essentially sheltered from the full on press of what living a celebrity life actually means.

Don’t get me wrong, I’d say he’s very well aware of many of the dangers and pitfalls given the hideousness of the press who continually hounded his mother. Yet he grew up NOT living the lifestyle of so-called freedom that Meghan had been enjoying. So, the road ahead won’t be smooth sailing by any means.

The couple will have to repay the Sovereign Grant for the $3 million spent on refurbishing Frogmore Cottage. Furthermore, the money that Harry used to receive annually from the same grant will no longer arrive. Prince Charles will continue to fund their lives, but for how long?

This is a very interesting thread regarding the latest move by Queen Elizabeth.

Harry and Meghan are now mere aristocrats, therefore the additional layer of protection afforded a ROYAL is no longer. As noted elsewhere, there was a hasty statement put out on the Royal Sussex website. Why?

My sense is that the Queen and Prince Charles put their foot down, and told the Sussexes, either you’re in or you’re out. You cannot use “Royal” for any branding of products or a lifestyle which cheapens the Royal Family.

Given the statements yesterday, that seems like a reasonable conclusion. The SussexRoyal website had all the appearance of capitalizing upon Harry being a Royal. And now, he no longer is. I sense some rapid scrambling behind the scenes to rebrand everything. In my opinion they jumped the gun with their debut of that website plus their nuclear statement which led to all sorts of wild assertions.

Staggering that Harry would turn his back on the military like this. https://t.co/8YNVwVdpkg

It looks like he had no choice but to let his military ranks be stripped away. However, that doesn’t mean he is giving up on everything military.

Will this move be a positive one?

Time will tell. However, it ALL depends upon the decisions and choices Harry and Meghan make in the future. Every single move will be under massive scrutiny. Are they really ready for what comes next? Or will they have a case of buyers remorse?