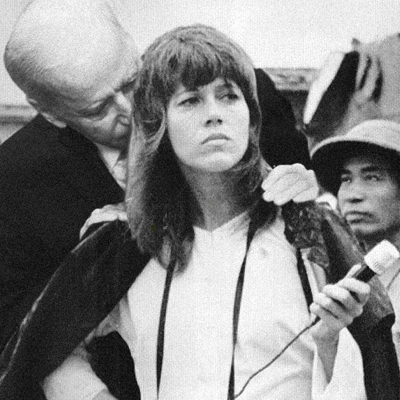 Joe Biden wants to become this nation’s Commander-in-Chief. He also passes himself off as a champion of military veterans. Yet on Saturday, his running mate Kamala Harris will welcome Hanoi Jane Fonda at a virtual event designed to “bring together thousands of women to laugh, sing, dance, and celebrate women’s political power.”

Because there’s nothing like using America’s most notorious traitor to shill for someone who wants to be the next CIC.

Post-Vietnam era Americans have no idea how deeply Jane Fonda wounded vets of that war with her stunts. But the vets remember. So do millions of other Americans who lived during that time.

Fonda wasn’t the only celebrity to undermine American soldiers in Vietnam, actually. However, she was the one who climbed on the anti-aircraft gun, clapping her hands with glee. She was also the celeb who called soldiers “war criminals,” calling for their execution.

Oh, the news media has been telling us for years how Jane Fonda is so sorry. That she made a “huge, huge mistake.” And it makes her “sad” that Vietnam vets apparently misunderstand her motives.

“It hurts me, and it will to my grave that I made a huge, huge mistake that made a lot of people think I was against the soldiers. Whenever possible I try to sit down with vets and talk with them, because I understand, and it makes me sad.”

But what she really regrets is that notorious picture of her on the anti-aircraft gun — the same gun the Viet Cong used to shoot down American planes. The trip itself — not so much. It was “an incredible experience,” she has said.

But Vietnam veterans have neither forgotten nor forgiven Hanoi Jane. In fact, a group of Ohio veterans asked that she donate her $83K speaking fee to families of fallen soldiers prior to a talk at Kent State University. However, due to COVID, Kent State cancelled her speech, scheduled for May. They didn’t pay her, either. So the pressure was off for Hanoi Jane to contribute to a military cause. 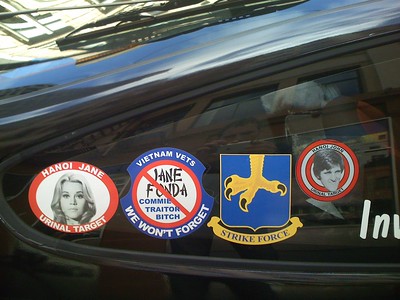 And now the Joe Biden campaign welcomes her with open arms. You should also know that Biden ripped into President Trump at a September roundtable for ignoring “the bounty on the heads of Americans in Afghanistan” — a tale which was untrue. However, it was another case of fake news that Joe hyped to cement his bona fides as potential CIC. The day before the roundtable, Marine Corps Gen. Frank McKenzie flatly reported that there were no bounties. U.S. intelligence did not corroborate the claim. Yet Joe ran with the lie.

But let’s also look at the group promoting Jane Fonda, shall we?

Called “Supermajority,” it’s a progressive women’s group that promotes “women’s collective power.” It also champions the usual liberal fare, such as universal health care, a “living wage,” a “clean environment,” and “affordable housing” And in case you were wondering, George Soros’s Democracy PAC has also funded Supermajority with a sweet $2 million. Let me show you my shocked face.

Plus, one of the founders of Supermajority is Alicia Garza. And if Garza’s name rings a bell, it should: she is a founder of Black Lives Matter and a self-described Marxist. In other words, a younger soulmate to the aging Hanoi Jane Fonda, who by the way, also supports defunding police.

Joe Biden embraces a woman who has called soldiers war criminals. A woman who traveled to an enemy nation and cavorted with its troops. She may have made her notorious trip to North Vietnam in 1972, but it’s a damned shame that Hanoi Jane — a Communist sympathizer and traitor — would be tolerated anywhere near someone who wants to become Commander-in-Chief.