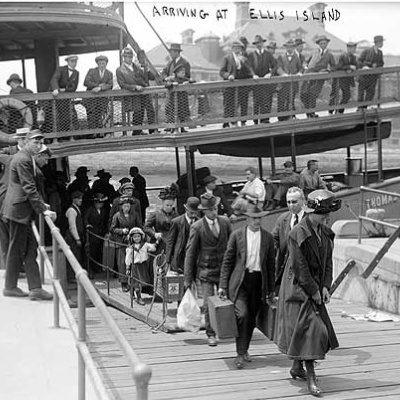 Next post
El Paso Is Not The New Ellis Island 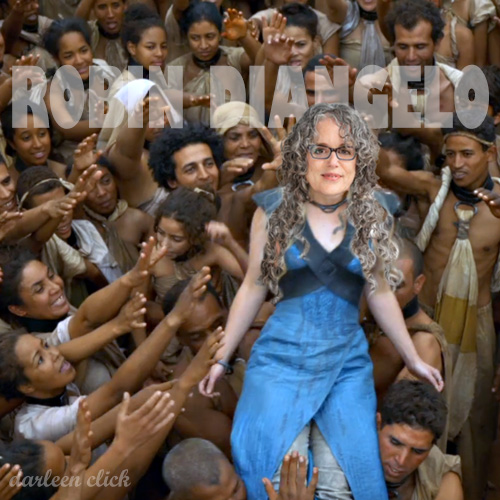 Race grifter, Robin DiAngelo, must be feeling that her corporate Wokeness gravy train is being threatened by the prole backlash against CRT. She is eagerly trying to promote a new book and further browbeat yt people that even niceness is proof of Systemic Racism™.

I covered DiAngelo’s “Blame Whitey!” book, White Fragility here almost a year ago. She has a lucrative con-game running and has now released a new book in an effort to fleece more victims. Yet every interview reveals a more about Robin The Woke than it does her claim that America is not a legitimate country.

DiAngelo was a college student who had no Black friends and had rarely spent any time around Black people. But she saw herself as a proud progressive and a feminist. She proceeded to tell the Black couple how racist her family was and spent the entire evening recounting every uncensored racist joke, story, and comment she could remember them making, despite her dinner companions’ growing discomfort. (snip)

DiAngelo thought at the time that her progressive credentials preempted any suggestion that she could be racist.

DiAngelo wishes to project her own behavior with making her dinner companions objects rather than treating them as individual human beings onto every American of pallor. As if white folk were as monolithic as the black folk she pretends she is trying to help. Whether she is behaving from a Yt Savior belief or just trying to shore up her con with the kind of self-confession the Left demands in return for legitimacy within the cult is up for debate. However, this kind of objectifying behavior is something most of us observe coming only from members of the political portside.

Rachel Dolezal and Shaun King are extreme examples of how far this fetishizing goes. I can’t recall any individual of libertarian or conservative beliefs either engaging in trans-racial cosplay or badgering dinner companions of enriched-melanin with Woke bonafides. Personally, I find this kind of behavior akin to those who are obsessed with Anime who believe it gives them special insight to any person of Japanese heritage they encounter. It’s embarrassing AF.

While Robin is comfortable with tales of her own racist behavior, she is also quick to absolve herself (and other racist Woke) …

Nice racism is the more subtle action on that continuum. It’s the form of racism that well-meaning progressive White people … this urgency we feel to establish that we’re not racist. And the irony here is that if we understand systemic racism, we understand that it’s inevitable that we’ve been shaped by that system and that, of course, we’ve internalized racist ideology.

To quote the legendary Flip Wilson … “The Devil made me do it!”

Names change, but the game remains the same

Grifter DiAngelo is eager to dismiss individual responsibility for actual racist behavior and to make sure that you know the Real Racists are those who dare disagree with Wokeness. She does it by the latest tactic to silence critics of racist “Critical Theory”.

Now true critical race comes out of legal scholarship. And by that definition, I’m not a critical race theorist. It’s a very refined academic field. It’s used though by the right or those who want to silence these conversations as a stand-in for systemic racism, as a way to not acknowledge the existence of systemic racism. It’s perfect in a way because it sounds problematic to an uninitiated ear, right? (snip)

if you don’t have an academic background, you don’t understand that critical means deep thinking, a deep analysis.

Ah, the Appeal to Authority fallacy! You proles are just too stupid to understand your academic betters. And, btw —

It really does underscore a point I made earlier that racism is a highly adaptive system and it adapts to challenges.

Got it, you great unwashed? You have no argument, no legitimate concerns over a Leftcult dogma that is divisive, segregationist and racist. Oh! And highly profitable to anti-capitalists like grifter Robin. To merely object is proof of your racism.

Dear Robin, never in my life have I behaved like you confessed — because I was raised, and continue to be, a patriotic, religious American who believes that we are all unique individuals created by a loving God. I’m sorry that somehow you missed out on a proper upbringing and I hold you responsible for your own indecency. You have an ugly soul, grifter.

Reject their linguistic shell games, freeze their ideas through repetition, and relentlessly attack the underlying framework.

Then go after their institutions.