Previous post
Kinzinger Proposes Use Of Force Resolution In Ukraine 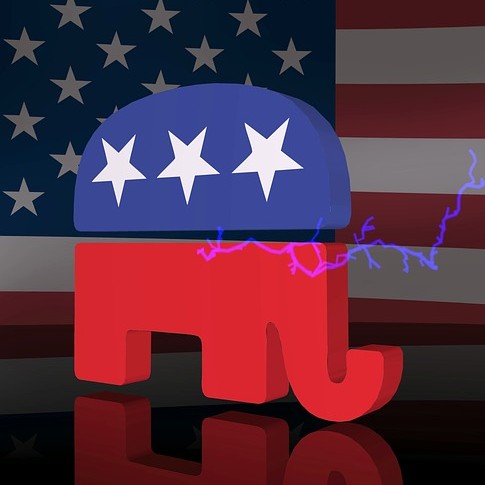 All the numbers indicate that the midterm elections this November are looking good for the GOP.

Right now, Biden’s poll numbers are underwater, indicating that he’s a millstone to Democrat candidates, not a buoy. He is not personally popular, his policies are also not popular, and if he does go through with some kind of student loan “forgiveness” program before the midterms, it will likely end up backfiring on him. The current generic ballot currently shows Republicans nationwide with an advantage.

HOWEVER. There are still six months before the midterms. That’s an eternity in politics, and PLENTY of time to screw things up. And while the GOP feels confident, there is a well-deserved undercurrent of concern that they could still screw this up.

Senate Republicans feel increasingly optimistic about their chances of winning back the majority in November — as long as they don’t self-sabotage with toxic nominees.”

With primaries set to kick off in earnest this week, Republican senators are warning that the party could still screw up what they view as an advantageous political environment, with President Biden stuck in a polling slump and voters feeling restless, depending on who comes out on top in the states that will determine which party wins control of the Senate in the midterm elections.”

The concern is both an echo from previous cycles, where Republicans feel they got burned at the ballot box because less-electable candidates won a primary, and a recognition that with a 50-50 Senate, any one race could make-or-break who wins the majority.”

While it does feel as if the Democrats are tacitly conceding that they are going to lose the House (the large number of retiring Democrats being the key indicator), the Senate really is the key. Real Clear Politics currently has seven Senate races marked as “toss ups” and four of them are currently held by Democrats. Every single seat is important and cannot be taken for granted, and both sides know that. Which is why the open seat in Ohio (currently held by retiring Republican Rob Portman) has been so contentious, especially in the GOP primary. Once President Trump decided to endorse J.D. Vance, that did tip the scales in Vance’s favor in a primary that was very tight.

Except… who does Trump think he endorsed? J.D. Vance or Josh Mandel?

And the less said about the Dr. Oz endorsement, the better. Now, this is what Democrats want. They would LOVE nothing more than to see Trump wade into the midterms as kingmaker, and to be able to make the midterms about Trump instead of Biden. And Trump seems to be happy to give them some headlines. So when, at a rally on Sunday, Trump endorsed Charles Herbster for governor, it drew some attention. While the gubernatorial race in Nebraska hasn’t exactly drawn a ton of national attention, Herbster has quite a lot of baggage.

Eight women have accused Herbster of sexual misconduct, including state Sen. Julie Slama (R), who said he reached up her skirt and touched her inappropriately in 2019, according to The Nebraska Examiner.”

Since the publication of the allegations, one of Herbster’s other alleged victims, Elizabeth Todsen, went public about her claims after first being included as an anonymous accuser in the report.”

And yes, while these claims are just claims, can I just remind everyone that Andrew Cuomo was never charged with anything either, and had an equal amount of women accusing him of sexual misconduct? Yet here is Donald Trump, openly backing Herbster.

Trump doubled down on his support of the candidate after the allegations emerged last week, and offered a spirited defense of Herbster on Sunday.”

“He’s been badly maligned, and it’s a shame. That’s why I came out here,” the former president said of Herbster. “I defend people when I know they’re good. He’s a good man.”

“I have to defend my friends. I have to defend people that are good,” Trump also said. “He’s been my friend for 30 years. He’s the most innocent human being. He’s the last person to do any of this stuff and even the stuff they’re accusing him of. What’d they say? He talked to somebody. He talked. It’s a disgrace what they’ve done.”

During the rally, Trump invited Herbster to join him on stage, calling him someone who has been unfairly “put through a grinder.”

Yes, Trump endorsed Herbster before the allegations emerged, but this kind of support at a rally is going above and beyond. The GOP primary in Nebraska has been quite tight, and while Nebraska might not be on everyone’s radar as a concern, gubernatorial races are of huge importance, especially when it comes to public schools. No parent has forgotten what their governor did or did not do to get schools open during the lockdowns, nor should they. But these kind of endorsements by Trump, made on loyalty or due to previous support or “hey another famous TV guy like me!”, will only continue to create chaos for the GOP.

The primaries for the midterms are beginning this week, and we may learn very quickly just what kind of influence Donald Trump still has on the Republican party. But the more time that he spends rehashing the 2020 election instead of letting everyone focus on the failures of Joe Biden, the more opportunities are created for the GOP to just screw this whole thing up. Will the GOP end up snatching defeat from the jaws of victory? Or can they maintain their focus on the candidates and races at hand, and ride a red tsunami in November? We won’t have to wait much longer to find out.