Previous post
The Hypocrisy of the Liberal Tolerance Argument

I think it’s a hoot when ANY politician co-opts Biblical scripture to promote their self-serving agendas.  Republicans aren’t immune from the obnoxious practice either and at times, can be worse than Democrats. Either are the non-religious celebrities who wouldn’t know a Bible from a bedpost.

I don’t really get too upset at the subversion of scripture, because “Scripture Supervisor” isn’t my position and I’m sure that God will sort it all out in the end, to the leftists great surprise. And because I think it’s hilarious watching half wits be-clown themselves as they attempt to reinvent God’s word.

But it gets annoyingly amusing when none other than “devout Catholic” Nancy Pelosi starts spouting nonsense like this: Or comparing illegal invaders to baby Jesus.  THAT was a good one, I must say.  I don’t believe that baby Jesus had tats and looked like this: 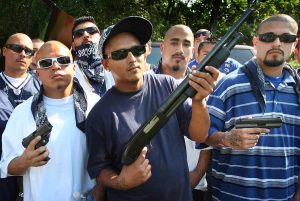 We are a fallen world and all humans, conservative AND liberal,  are completely and utterly fallible.  My humble suggestion for Nancy Pelosi and others who want to compare their socialist policy with Jesus or Moses is to, well, shut the hell up.   The hypocrisy is staggering and I have just a few of those Commandments Nancy Pelosi believes conservatives would have sacrificed by turning Moses away at the border, to prove it:

Thou shalt have no other gods before me.

“But make no mistake, Obama has been elevated to the level of a secular messiah among many liberals – although the kind of miracles that he trades in are electoral rather than material. Yes, he’s failed to resurrect the economy or turn food stamps in to jobs. But he has delivered the Democrats from the awful damnation of four years of Mitt Romney. Hallelujah! And, along the way, Obama has carved out his own liberal Christian niche, appropriating religion for the sake of demonizing his opponents. In the last four years we’ve heard that good Christians –real Christians – support socialized medicine, gun control and carbon trading. We were even told that if Jesus had come back on November 6, 2012, he would’ve voted for Obama.” 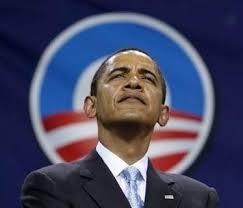 Thou shalt not kill.

At Planned Parenthood’s annual gala last night, attendees and your PULSEr stopped laughing at comedian and emcee Tig Notaro just long enough to watch Nancy Pelosi receive the Margaret Sanger award for her work defending abortion rights. In her acceptance speech, Pelosi slammed abortion opponents, especially criticized the “personhood” laws some of them are pushing and said the struggle for reproductive rights will continue whatever SCOTUS decides on the contraception mandate.

–”When you see how closed their minds are or oblivious or whatever it is — dumb — then you know what the fight is about,” Pelosi said. “Whatever happens with the court…we must remember these battles will not be the end of the fight,” she added. Former New York Mayor Michael Bloomberg was also awarded.

At this point, I’d like to do my own Biblical comparison.  Based on Nancy Pelosi’s well-known and proud pro-abortion stance, I’d like to compare her to King Herod.

Thou shalt not commit adultery. 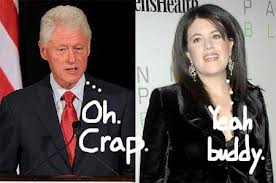 Thou shalt not steal.  (many more examples available, but my copy and paste button would break)

The mayor of Youngstown and the Mahoning County auditor were indicted Wednesday in a massive corruption indictment including accusations of bribes, lies in legal proceedings and illegal campaign funds.

A Cuyahoga County grand jury indicted Mayor John McNally on charges of racketeering, conspiracy, perjury, theft in office, bribery and money laundering involving his work as a Mahoning County commissioner, a job he held from 2005 through last December.

And my own favorite Commandment that is the complete antithesis of socialist policy that Nancy Pelosi, Obama, and the rest of the statist grabbers promote:

“Class warfare is a staple tactic of Team Obama since he became president, along with playing the race-card. Yep, when all else fails, and you don’t have a leg to stand on, just point out how it isn’t fair that your neighbor has a better car than you, or maybe his house is nicer than yours.”

I could go on and on with lots of examples of the shameful hypocrisy Nancy Pelosi and others show when they use the Bible, Jesus, or Ten Commandments as justification for their socialist agenda.

But, like most other humans, I struggle with one of the Seven Deadly Sins – sloth.  Ok, ok, maybe there are more, but at least I don’t compare baby Jesus to MS-13.