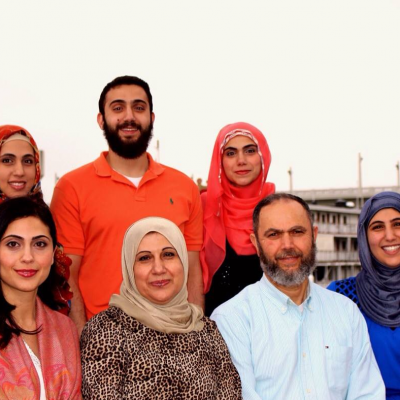 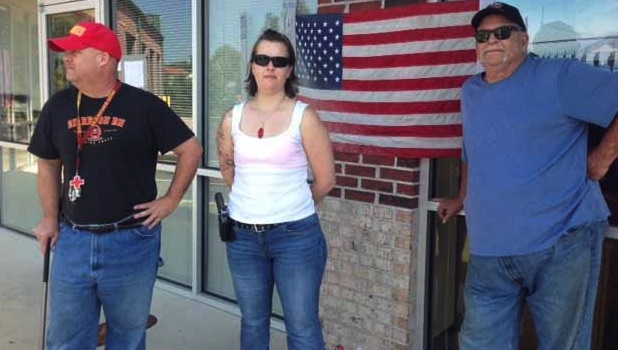 When your federal government places political correctness ahead of the security of those who fight every day to preserve our liberties, it’s up to the citizenry to do it for them. And that’s what dozens of supporters in Hiram, Georgia are doing today following the needless deaths of four Marines and a Navy sailor who’s still clinging to life, attacked in their own homeland yesterday, unable to defend themselves. From My Fox Atlanta:

The morning after a deadly attack on two military centers in Chattanooga, residents in Hiram are standing watch outside the local recruiting office with their personal firearms. It is their unique way of honoring the fallen Marines and they said to protect the lives of those who serve in the military.

“I teared up. I think any human being would be touched by what happened yesterday. Any U.S. citizen that has a heart and a soul to hear what had happened,” said Crystal Tewellow, who organized the watch.

Why are private citizens standing guard, rather than our military? Because the federal government, in the early 1990’s, in its endless quest to not offend the perpetually offended or something, designated military facilities “Gun Free Zones.” And that ludicrous policy has been in place ever since.

We can fix this => #ChattanoogaShooting: The Problem is Islam and “Gun Free” Marines… http://t.co/358xEw6Ekk pic.twitter.com/xevWYzkegn

As we all know by now, the consequence of that insane policy came to its inevitable fruition yesterday.

Recruiting offices are designated as being “gun-free zones” which means officers working there cannot carry their sidearm into the building. Tewellow, whose son just enlisted and [sic] the army and has a brother who is a recruiter, felt compelled to organize the watch.

News Radio 106.7’s Nathalie Pozo was at the recruitment center on Friday morning and reported that about 30 people answered the call to arms.

“This is who is fighting for us,” said Tewellow. “This is who is giving us our freedom, who allows us to wake every day and if they’re not here, and is taken down just like the Chattanooga incident, then how can we say that we are going to be able to wake up tomorrow?”

The group is expecting more citizens to show up today, in an effort to have at least one armed guard protecting the facility throughout the day. And the idea is reportedly spreading on social media.

And that, VG readers, is how it’s done. Not with empty words, but with decisive action.

Note to ISIS cowards and all the other radical Islamist animals who prey on the defenseless, including women and children: Your ideology, your monstrous 7th century way of life, your Sharia law, your brutalization of Christians, none of it will ever take a foothold in America. Not on our watch. Not as long as there are armed patriots like those in Hiram, Georgia willing to stand vigilant in the face of evil.