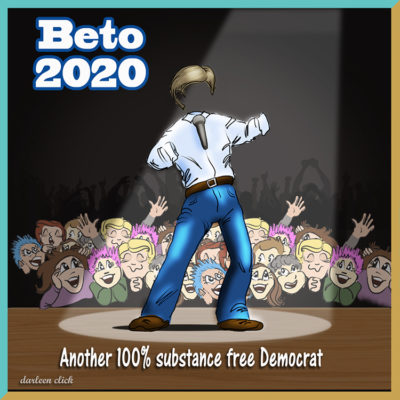 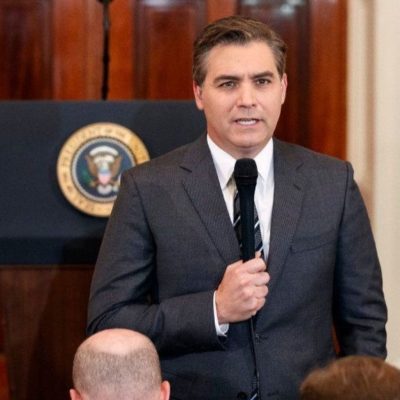 Next post
Ted Olson Is Wrong, It's About Acosta's Behavior NOT The First Amendment [VIDEO] 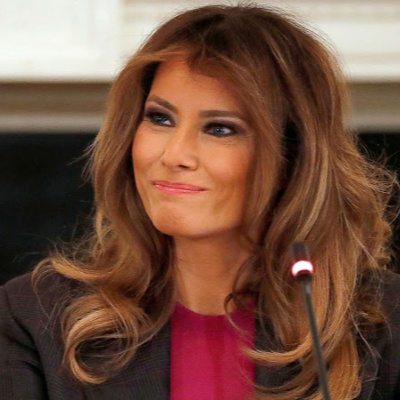 First Lady Melania Trump is in the midst of a controversy. Mrs. Trump is known as a gracious, thoughtful woman who generally flies underneath the radar. I have always suspected that she is no fool and will not have her people disrespected. She’s no fool.

The First Lady yesterday issued a statement through her spokeswoman saying that Deputy National Security Adviser Mira Ricardel needed to be fired. The Washington Post posted the statement:

The office of first lady Melania Trump is calling for the ouster of deputy national security adviser Mira R. Ricardel, amid reports of tensions between Ricardel and White House officials.
“It is the position of the Office of the First Lady that she no longer deserves the honor of serving in this White House,” the first lady’s spokeswoman, Stephanie Grisham, said in a statement Tuesday.
A National Security Council spokesman did not immediately respond to a request for comment.
A senior White House official said Ricardel is expected to be fired, but she was still at her desk Tuesday afternoon.

Writer Jazz Shaw of HotAir.com thinks that Mrs. Trump needs to get back in her lane. In a post titled “The First Lady Has Crossed A Line And Needs To Walk It Back” Shaw explains:

As much as I may admire the First Lady, being publicly involved in any fashion with the firing of a staffer in our National Security infrastructure (or any other elected or appointed government official or federal employee) is not within the realm of the East Wing. This should not be allowed to stand, and Melania Trump should issue a retraction and an apology.

Mr. Shaw goes on to rightfully note that he has criticized two of the preceding three First Ladies for overstepping their bounds. They did. Mrs. Clinton had no mandate to write healthcare law and Mrs. Obama had no right to set policy for school lunches. That was outside of the East Wing and out of their purview. I posit that Mrs. Trump had every right to demand, which she didn’t, the firing of Mira Ricardel. Allow me to explain. 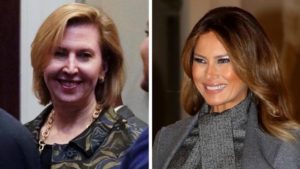 Mira Ricardel, known as a “hawk”, has clashed with many top members of President Donald Trump’s administration. The First Lady does not believe she deserves the honor to serve any longer. Photo collage credit: Getty Images/Reuters

Vox.com, not exactly friendly to this administration, has some of the details:

Reports about Ricardel’s “strong personality” — or her conflicts with many figures in the administration, particularly the first lady — are now spilling into the press.

The fight with Melania Trump’s office that led to her public call for Ricardel’s job began, according to the Wall Street Journal, with “seating on the plane and requests to use National Security Council resources” during Melania’s trip to Africa, and later escalated to accusations that Ricardel had planted negative stories in the press.

“Planted negative stories in the press”! That’s a firing offense right there and so totally disloyal and the entire Trump family is all about loyalty. Defense News.com had the following headline: “After first lady slam, Mattis foe Ricardel appears on thin ice.” She clashed with Secretary of Defense James Mattis. Oh no, she din’t!

And, NBC news reported that even though Chief of Staff John Kelly has clashed with the First Lady (salary policy). he has also clashed with Ricardel:

Even Bloomberg News filed a rather even handed report on Mrs. Trump’s statement:

I know that Jazz Shaw was trying to be ecumenical in his criticism of First Ladies. This isn’t the time. John Bolton may have brought Ricardel in with him, but in seven months it’s obvious that she doesn’t play well with others and is affecting group dynamics. Mrs. Trump has her husband’s back and that’ nothing but good.