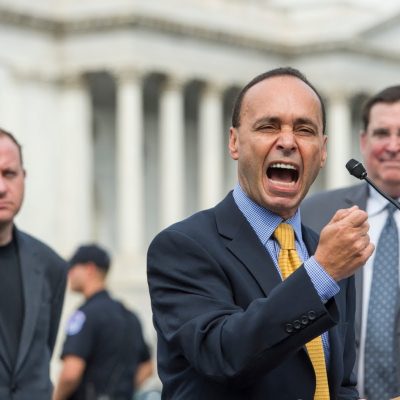 Next post
Executive Order Amnesty: Obama to "Borrow Power" If Boehner Does Not Act

As happens annually during the last week of June, this has been a week of tension and anticipation as SCOTUS junkies await the release of decisions on the flagship cases from the waning term of the High Court. Two years ago we waited with bated breath for the decision in the case challenging the Constitutionality of Obamacare. 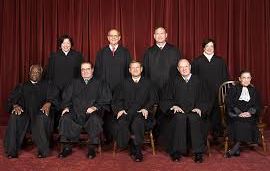 Many of us will forever remember where we were when the decision was disseminated on the Court’s steps and the devastating news that Conservatives had dreaded was unleashed. Almost as painful as the decision itself was the realization that Chief Justice John Roberts had cast the deciding vote in support of Constitutionality AND had authored the opinion. Three strikes and our hopes were out the door.

So this week we have seen the Court’s final decisions for 2013-14 come popping out like kernels of popcorn. You never know exactly which one will be next. Although we still await the mammoth decision for this year — the Hobby Lobby case — we already have seen several biggies this week.

Of note first was the ruling in two Fourth Amendment similar cases in which a unanimous Court limited the right of police to search a person’s cell phone upon arrest without a warrant.

In a strong defense of digital age privacy, a unanimous Supreme Court ruled Wednesday that police may not generally search the cellphones of people they arrest without first getting search warrants. 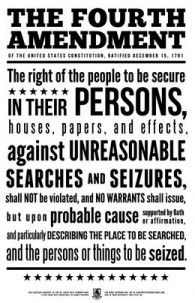 Cellphones are powerful devices unlike anything else police may find on someone they arrest, Chief Justice John Roberts said for the court. Because the phones contain so much information, police must get a warrant before looking through them, Roberts said.

This decision is a victory for privacy rights and pro-Constitutionalism. The Fourth Amendment guards against unreasonable search and seizure, and although it is important to stop bad guys, that should not come at the risk of trampling the rights of the innocent.

Thursday morning we saw the NLRB recess appointments case decided in favor of conservative values in its limitation of executive power. Although this decision was also unanimous, there was division in the Court over just how far the limitation on executive power should extend. The White House stated that it was disappointed in the decision, but the President would abide. As if he had a choice. What will be interesting in the coming weeks is what becomes of the cases that were decided by the unconstitutionally constituted Democrat controlled board of the NLRB in recent years.

Also on Thursday morning another decision issued from the Court in favor of conservative values. Unbelievably, it also was a unanimous decision — a rarity in the Court in big cases in recent decades. This was a First Amendment case brought against a Massachusetts law that limited individuals from gathering on a pubic sidewalk within 35 feet of the door or driveway outside an abortion clinic. The Petitioner, who was restrained by the law from talking to women who entered the abortion clinic, asserted that the law was unconstitutional because it is a content-based speech restriction. This means that the actions of the state in restricting speech would have been subject to strict scrutiny, placing a heavy burden on the state to prove that such a restriction was necessary. The Court disagreed and said the law was essentially neutral and was not content based, so that it would not apply the highest standard of scrutiny.

Usually a finding that strict scrutiny is not applicable is the death knell in such free-speech cases. However, the unanimous Court still found that the Massachusetts law was unconstitutional on its face because it restricted speech without justification. Here is the final paragraph of Justice Roberts opinion.

An added morsel of sweetness for Conservatives is that this case was a complete take-down of Massachusetts Attorney General Martha Coakley who defended the law on behalf of the Commonwealth. This take-down was almost as satisfying as the dramatic upset in January 2010 when Republican Scott Brown defeated Democrat Coakley in a special election to claim the seat held by the late Ted Kennedy for more than 46 years. That defeat was supposed to end Democrat control of the Senate and prevent the passage of Obamacare. But, as we know, the Democrats crafted shady dealings under the guise of “reconciliation,” and certain 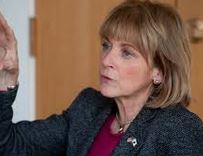 Catholic nuns stepped in to persuade hesitant Catholic Democrats to vote for the law that no one in Congress had read, all because Obama promised it wouldn’t cover abortion. And we have seen how that has played out — with the climax about to arrive in the Hobby Lobby case — hopefully today (Friday).

Will Chief Justice Roberts redeem himself in this much anticipated decision? Indeed, this should also be a unanimous decision since it is so clear after Citizens United that corporations DO have First Amendment protections. Since we have seen several unanimous decisions lately it just might happen.

Once again, I am waiting with bated breath….

Addendum: How could I forget about the other blockbuster case, Harris v. Quinn? Reports are that it will not be released until Monday, June 30, the last day of the term. Some speculate that it could signal the demise of unions, so be sure to click this link to read about it. I guess I will hold my breath over the weekend!