The Lesbian Couple and the Biracial Baby that Spurred a Lawsuit

Two things happened this week that got me thinking.

1) After the neighbors who lived across the street from my house moved out, I met the family who will be moving in; and
2) A white lesbian couple sued their fertility clinic because they got the wrong color baby.

These may sound like totally unrelated events, and they are. But in my crazy reasoning they have woven together into an artful tapestry.

The mistake by the fertility clinic occurred when staff mixed up the test tubes containing the donated sperm. The woman whose egg was being fertilized had requested the sperm of a white man with blue eyes as the baby-daddy. She claims she wanted the baby to look like her lesbian partner. As if anyone would think that her female partner had fathered (mothered?) her child. Or is it really that their “white privilege” is showing?

The [court] filings paint a picture of a white couple’s discomfort with the admitted “steep learning curve” they have had to overcome in terms of understanding black people, black culture, black experiences and even how to do a black child’s hair.

In this day and age, any time I hear someone selectively choosing one race over another sirens go off in my brain. I see an image of a marquee blazing the word “RACISM” in large neon letters. Why should a woman (women) be able to pick the color of a child? Why isn’t that a racist choice? The women say that because the child is biracial child she will suffer from discrimination in the locality in which they have chosen to live? But lest we think they are bad mothers, they assert that they love their biracial child. They just don’t like her color. They wish she was white like they are. At least the biological mother did not abort the child when she found out about the mix up in sperm.

If the Ohio court allows this case to go forward, isn’t this a form of state-sanctioned discrimination? Will Jesse Jackson and Al Sharpton descend with their minions upon the Ohio town where this discrimination is being perpetrated? Can the argument that the woman had a contractual agreement with the fertility clinic trump the social justice issue: you know, the justice that should come with knowing that we area ALL created equal even though our skin is a different color and we have different genitalia and DNA and chromosomes and hair texture?

One might think that two “gayby boomers” who want to be treated equally in all matters would realize that choosing the color of their child’s skin is blatant discrimination, not to mention classic eugenics. Are we are supposed to feel sorry for THEM because the child one of them begot will grow up biracial in what they insist is a racist society? Is that not irony in its purest form? We didn’t want a biracial child because she will grow up in a racist society. Are we to believe that the small Ohio town that will sneer at their biracial child will lovingly embrace their lesbian lifestyle? I am only asking the questions that others are thinking.

What does it say about our society when these two women who demand equal treatment of their relationship can pick the color of their child and sue when the vendor fails to deliver? What does it say when these same two women would undoubtedly sue a vendor who would dare to say, “I want to make wedding cakes for people who adhere to the definition of marriage that I prefer.” Does the old adage the customer is always right govern here?  When a photographer wants to photograph marriages between men and women, why can s/he not be selective? Is money the reason that some people are not allowed to discriminate while others are?

Here is where meeting my new neighbors yesterday comes into the picture. When the former homeowners told us a month ago that they were moving out, my husband and I mentioned that we did not know their house was on the market. They informed us that they never listed it. Instead, they had gotten a letter from a company that solicited them to sell their house. The company has people who come to them to help them find a home to purchase in the D.C. area. It is almost like a headhunter situation where someone looking for a job is paired up with potential companies that are hiring. Very little is revealed about the buyer to the sellers, and vice-versa.

Could something like that work for business owners who want to conduct business in a manner that does not violate their religious beliefs? The situation that comes to mind, naturally, is same sex marriage. Could someone open a clearinghouse for vendors who want to select the clients or customers whom they will service? Potential purchasers could contact the clearinghouse to give their criteria for what they want in a vendor or a product, and a vendor who meets that criteria (having given their wills-and-won’ts to the clearinghouse) would be recommended by the clearinghouse. The clearinghouse would charge a fee for actual referrals and/for allowing a vendor to join the pool of vendors. The list would be kept secret and no one would necessarily know why a particular vendor was not recommended.

If houses can be brokered why not other services? If this already is being done in your neck of the woods, how does it seem to be working? Let us hear from you if you have thoughts on the practicality, legality, or morality of such a business prospect.

As I reflect back on the events of this past week as they relate to our President, I am reminded of a scene from the classic movie…

END_OF_DOCUMENT_TOKEN_TO_BE_REPLACED

This post may seem like an advertisement of sorts, but I feel compelled to share with fellow patriots what I was privileged to experience a few days…

END_OF_DOCUMENT_TOKEN_TO_BE_REPLACED

Is the State Department’s Mocking YouTube Video the Way to Dissuade ISIS Recruits?

Attempting to rise above hashtag-diplomacy, the Obama Administration has turned from Twitter to YouTube in its latest attempt to deter American citizens from crossing over to the…

END_OF_DOCUMENT_TOKEN_TO_BE_REPLACED

Do I Smell a Rat in the Kansas Senate Race?

A funny thing happened on Democrat Chad Taylor’s way to withdraw from the Kansas Senate race. It brings to mind the lyrics from the epic song “Hotel…

END_OF_DOCUMENT_TOKEN_TO_BE_REPLACED

The verdict has just been announced in the corruption case against former Republican Governor Bob McDonnell of Virginia. In case you have not heard of the proceedings,…

END_OF_DOCUMENT_TOKEN_TO_BE_REPLACED

It is almost impossible to avoid the constant news feeds about the terrorist activities of ISIS. The second beheading of an American in a public display of…

END_OF_DOCUMENT_TOKEN_TO_BE_REPLACED

Was African Ambassador Waging War on Woman When He (Allegedly) Beat His Daughter?

The concept of diplomatic immunity has been troublesome for many Americans since its inception. The fact that a foreigner can come to the United States, commit a…

END_OF_DOCUMENT_TOKEN_TO_BE_REPLACED

The battle over the contraceptive mandate in the Affordable Care Act (ACA) has been going on for over four years now. The ruling in June in the…

END_OF_DOCUMENT_TOKEN_TO_BE_REPLACED

Several years ago I read the Newberry Award winning book The Giver, by Lois Lowry. My stepdaughter was reading it for her Catholic school class, and I…

END_OF_DOCUMENT_TOKEN_TO_BE_REPLACED

Standing up to ISIS: Obama Needs the Fortitude of Flight 93 Heroes

This week President Obama ordered airstrikes in Iraq. The Nobel Peace Prize winner apparently has decided that talking will not work with the “junior varsity” militants who…

END_OF_DOCUMENT_TOKEN_TO_BE_REPLACED

President Obama has been rightly criticized for his penchant for taking “selfies” in recent years. “The Selfie Presidency for the Selfie Generation in a Selfie World. President…

END_OF_DOCUMENT_TOKEN_TO_BE_REPLACED 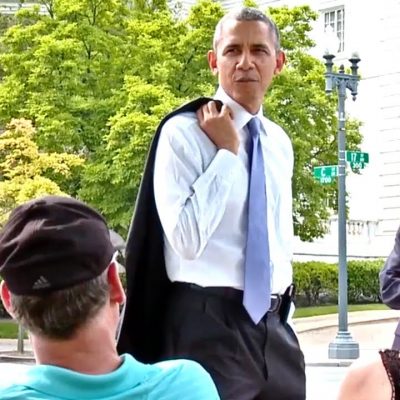 The Verdict Is In: Obama Is Crying Out for Impeachment

“Elvis has left the building.” It is a mantra that we have heard for the last thirty-some years since the King overdosed and departed this earthly life….

END_OF_DOCUMENT_TOKEN_TO_BE_REPLACED

It’s no secret that Michelle Obama has made herself into the unelected food czar when it comes to what our children eat in schools across the nation….