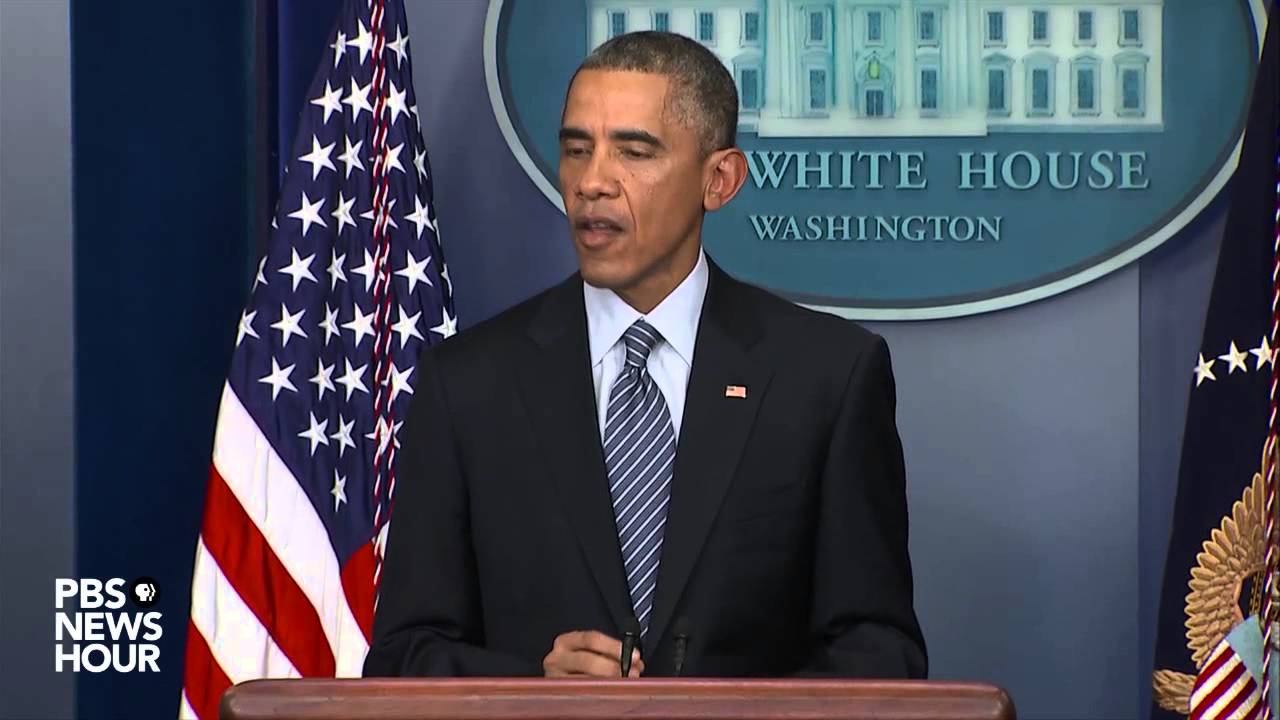 President Obama made a statement on the grand jury’s decision not long after the St. Louis prosecutor wrapped up his press conference. The president spoke for nearly ten minutes.

“The fact is, in too many parts of this country, a deep distrust exists between law enforcement and communities of color. Some of this is the result of the legacy of racial discrimination in this country. And this is tragic because nobody needs good policing more than poor communities with higher crime rates,” Obama said, highlighting the need for criminal justice reform. “We need to recognize that this is not just an issue for Ferguson, this is an issue for America.”

Already, there are reports of possible gunshots in Ferguson among large crowds. Obama asked police in the area “to show care and restraint in managing peaceful protests that may occur.” While saying that police have a “tough job” to do, he asked that “as they do their jobs in the coming days, they need to work with the community, not against the community, to distinguish the handful of people who may use the grand jury’s decision as an excuse for violence.”

Mr. President, you’ve been the chief executive for the last six years. What, exactly, have you done to dispell this “distrust that exists between law enforcement and communities of color”? And perhaps, if these “communities of color” were not tolerating criminal activity and being actively pressured to not “snitch,” wouldn’t that help bridge the distrust between law enforcement and those communities?

In the meantime, the president’s calls and the Brown family’s calls for calm are going unheeded.

Be praying that no one is injured tonight in Ferguson, or anywhere else there are protests.