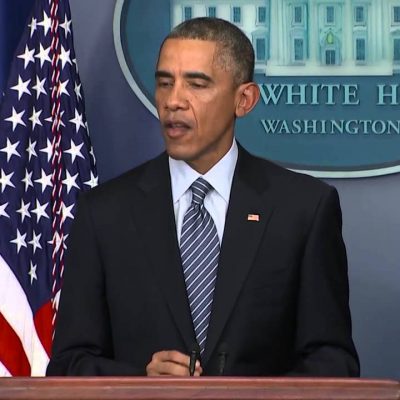 As predicted, following the grand jury’s decision not to indict Officer Darren Wilson for the shooting of teenager Michael Brown, the city of Ferguson, Missouri descended into chaos. Bottles and rocks were thrown at police officers, tear gas was released throughout the area, shots were heard ringing in the night air, and of course, mass looting ensued by those who continue to exploit the situation for their own personal agendas. A few scenes from Ferguson:

Justice was served in Ferguson. A brave grand jury did its job and made a decision based not upon pressure from outside sources, including the Commander in Chief and his Department of Justice, but upon the abundance of evidence it was given. What we have yet to hear is how the career of Officer Wilson is very likely over, simply for doing the job he was trained and hired to do, and how he and his family will likely be targets for retribution for the foreseeable future from those who will never accept the truth of what happened that fateful day in August. And that is the real tragedy.