Next post
Mark Levin: The Constitution's Article 5 and "Liberty Amendments" Could Save Our Republic

“For millions of Americans, Eid is part of a great tapestry of America’s many traditions, and I wish all Muslims a blessed and joyful celebration. Eid Mubarak,” Obama said.

Yes. President Barack Obama, Leader of the Free World, actually said this over the weekend, with a straight face. Celebrations, President Obama? How about these “celebrations“?

Obama is apparently so intent on making the Muslim faith appear “mainstream” in America, that he overlooks the dark and persistent evil (yes, I said it…evil) inherent to this faith.  Obama makes every effort to advance the idea that the Muslim faith is as American as apple pie, however, the total Muslim population is 0.8 percent of the total population of the United States.   So many glowing public comments about such a minority with nary a good word for the Christian majority faiths in the United States.

It is outrageous to me that a President of the United States routinely sends “blessed” wishes to practitioners of a religion that aggressively and routinely abuses, rapes, maims, and murders women – this, with full support from their own clerics and leaders.

Now take a look at the latest, but not the last, victims of the real “War on Women”:

And liberals and progressives claim that the GOP is the party that has declared a “War on Women”?  Seriously?  Let’s forget about the Democratic sleazeballs such as Weiner and Filner (who both pass for Islamic clerics for the moment).  They are mere amateurs in the real War on Women which is waged daily in acts of brutality and soul killing abuse suffered by Muslim and non-Muslim women around the globe.

What do liberal progressive feminists, the ones that voted for and support Obama, have to say about this?

Maybe it’s just me, but it seems that they would be furious that the first feminist President of the United States very publicly sends “blessed wishes” (as well as huge amounts of tax payer money) to a religion so dismissive and abusive to women.

So… as our feminist, quasi-Muslim President awards Gloria Steinem a Presidential Medal of Freedom, I send my own “blessed wishes” and prayers to the millions of Muslim women that continue to be subjugated to the most heinous acts of religious and cultural violence.    Remember: they will NOT know freedom…..Presidential or otherwise. 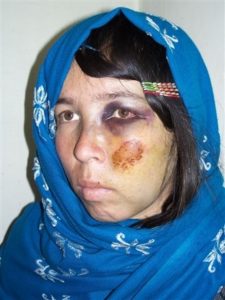