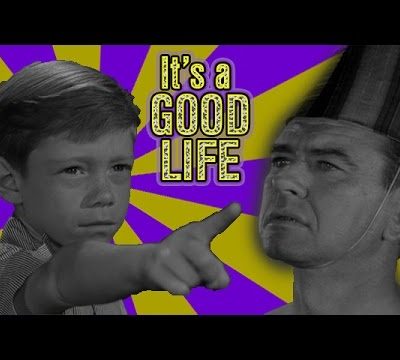 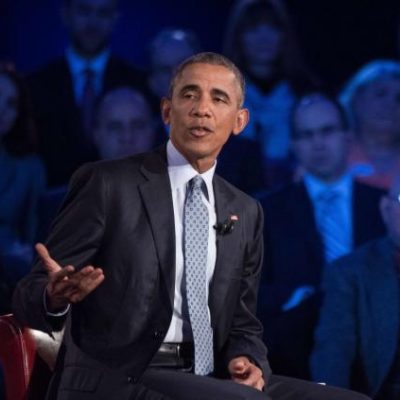 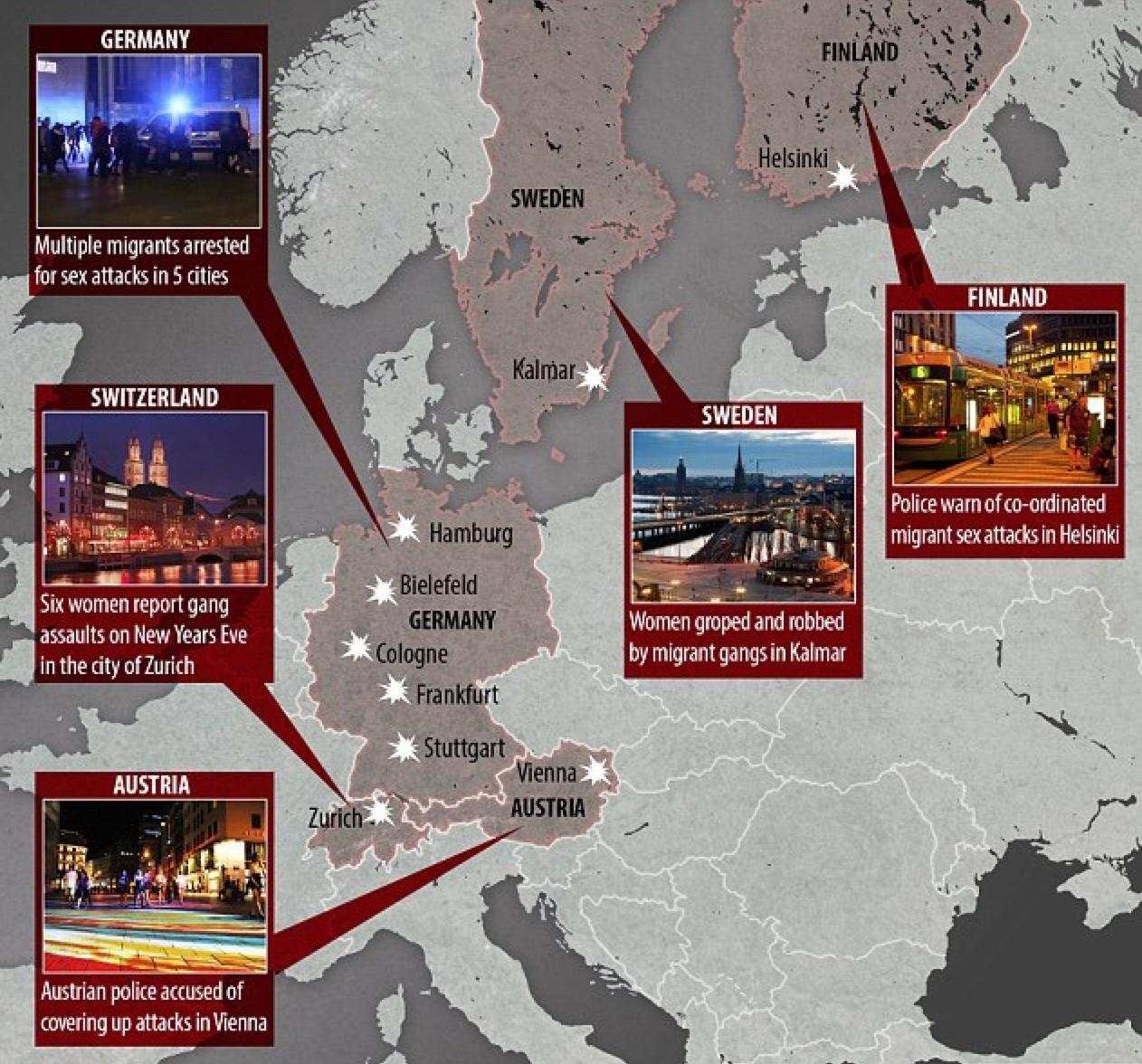 Europe has a problem. We informed you yesterday about the dozens, if not hundreds, of molestations and rapes that occurred across Germany over New Year’s Eve. Well, surprise, surprise. Other European nations experienced the very same crime wave by some of the very same asylum-seeking “refugees.” Not only were scores of women attacked throughout Germany, but several other European countries are now reporting similar assaults:

And that’s just the short list. As you can imagine, many citizens are extremely concerned:

Remember, according to UN statistics, the majority of the “refugees”—and I’m just gonna call it was it is, an invasion—flooding into Europe are young, male Muslims. Can we say we told you so yet?

In response, reports that self defense—well, pepper spray, really, because thank you very much, rigid gun control—is flying off the shelves in some cities, while groups of unarmed citizens—who officials say include Neo-Nazis— have begun patrolling towns in Finland:

Unarmed militia groups calling themselves “Soldiers of Odin,” wearing black jackets and hats marked “S.O.O.,” have sprung up in several towns in Finland where asylum seekers are housed, claiming they want to protect citizens from “Islamic intruders.”

“There are extremist features to carrying out street patrols. It does not increase security,” he said.

While no one in their right mind condones extremism in any form, it’s likely that not all of those patrolling subcribe to extremist ideology. Naturally, those who would dare to try and protect their fellow citizens while their so-called leadership sits on its hands as their nation is overrun are labeled dangerous “right wing extremists.” That sounds all too familiar. **cough Obama**

Meanwhile, Hungary’s prime minister has apparently seen the light, and is moving to enforce border control, insisting that “refugee flow” must be “fully stopped, not just slowed.”

Viktor Orban said Friday on state radio that ending the migrant flow would be “the decisive issue of 2016” and called for the construction of a “European defense line” on Greece’s northern borders with Macedonia and Bulgaria.

Orban said on state radio that “since no one except us Hungarians protected their external Schengen borders, defenses, visa systems, border controls and fences are being created inside” Schengen’s visa-free travel zone.

Well, hallelujah. Perhaps he could chat up Angela Merkel and give her a few tips on securing her nation and protecting her people. Just a thought.

C’mon, Europe, let’s stop pussyfootin’ around and just call this what it is: Islamic terrorism. When you’re afraid to venture out into your city for fear of being sexually molested, raped, or worse, what else do you call it? And it was imported in by none other than politically-correct politicians who are so weak-minded they were more afraid of being labeled Islamaphobes, than they were to consider the eventual consequences of their decisions. Islam historically does not play nice with the West. It has no respect for women. And now those repercussions are coming to fruition. There comes a time when the threat of physical harm far outweighs the desire to be charitable. So the question is: What, if anything, will be done to address the growing epidemic of rape and other crimes that European leadership have allowed to spread across the continent, hand in hand with the tide of Middle Eastern “refugees,” like a metastatic cancer? If the reactions of some in leadership are any indication—who in response to Germany’s wave of sexual assaults reportedly made suggestions to women about altering their behavior and attire—the future of Europe is in very grave danger.