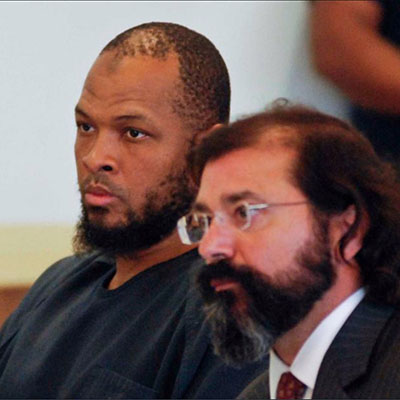 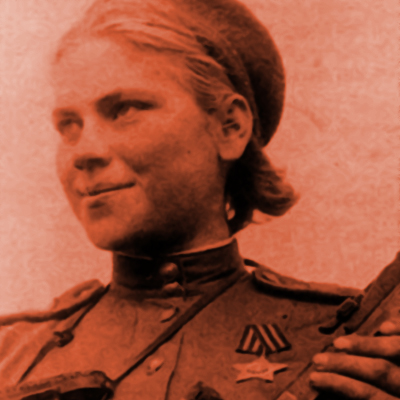 Next post
The Most Stupid Meme on the Internet. [VIDEO] 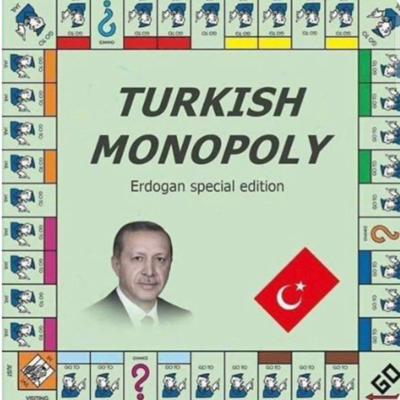 In a sign that deteriorating relations with Turkish President Tayyip Erdogan are causing some second thoughts, National Security Adviser John Bolton met with the Turkish ambassador Monday afternoon at the White House, at the ambassador’s request. What made the Turks come a callin’?

First and foremost to President Donald Trump is the fate of detained American Pastor Andrew Brunson, a long time resident of Turkey swept up in the aftermath of the failed 2016 coup, and accused of being a spy for Kurdish separatists.

Press secretary Sarah Huckabee Sanders said in a statement that Bolton met with Serdar Kilic at the White House at the ambassador’s request, and that the two “discussed Turkey’s continued detention of Pastor Andrew Brunson and the state of the U.S.-Turkey relationship.”

Under pressure, Erdogan’s government released him from prison to house arrest on the 25th of July, and have reportedly set a date of 15 August as the end of his confinement. But that is still very much in doubt.

The U.S. Embassy in Ankara has not put out a statement regarding pastor Andrew Brunson, an embassy official told Reuters on Monday, after a report on social media cited the embassy as saying he would be released from house arrest by Aug. 15.

The United States is playing economic hardball with the NATO ally not only over the pastor’s detention, but thanks to continued tensions over Syria, Erdogan’s increasing grip on power, and an on-going refusal by the United States to hand over a cleric living in Pennsylvania, whom Erdogan blames for all his civil unrest. Here’s more on that quid-pro-quo angle:

Then there is the detention of Pastor Andrew Brunson in Turkey since October 2016 has become a flashpoint between the two countries this summer, especially after Ankara seemed to renege on a deal for his release. But Turkey is also holding between 15 and 20 U.S.-Turkish dual citizens—including a NASA scientist—on trumped-up terrorism charges. Three Turkish employees of the U.S. Embassy have also been arrested. They are being used as bargaining chips to force the United States to hand over Fethullah Gulen, a green card holder who Ankara accuses of masterminding the failed July 2016 coup, and/or to secure the release of a Turkish banker convicted in a New York court of aiding the elaborate scheme to help Tehran get around multilateral sanctions.

Trump hit the Turks with fresh sanctions earlier this month, after they refused to release the pastor. Erdogan’s response was to declare his country in an “economic war,” blame the United States, and refuse to consider raising interest rates/accept a bailout to slow an inflation spike and a slide in the lira, the Turkish currency. Trump pounced:

Earlier this month the longtime NATO members engaged in a heated exchange of sanctions and threats of retaliation. Not long after that, President Trump said his administration would be doubling its tariffs on Turkish steel and aluminum — raising the levies to 50 percent and 20 percent, respectively, and helping encourage the lira’s free fall Friday.

Turkish President Recep Tayyip Erdogan fired back Monday, accusing the U.S. of stabbing its ally in the back. “Is this acceptable?” he asked in Ankara.

Trump was simply stating the obvious in his tweet announcing the tariffs: “Our relations with Turkey are not good at this time!”

By Monday morning the lira was at its lowest point ever against the dollar, and international markets were beginning to twitch. Some European countries have quite a bit of exposure to Turkish debt and their markets were unhappy. 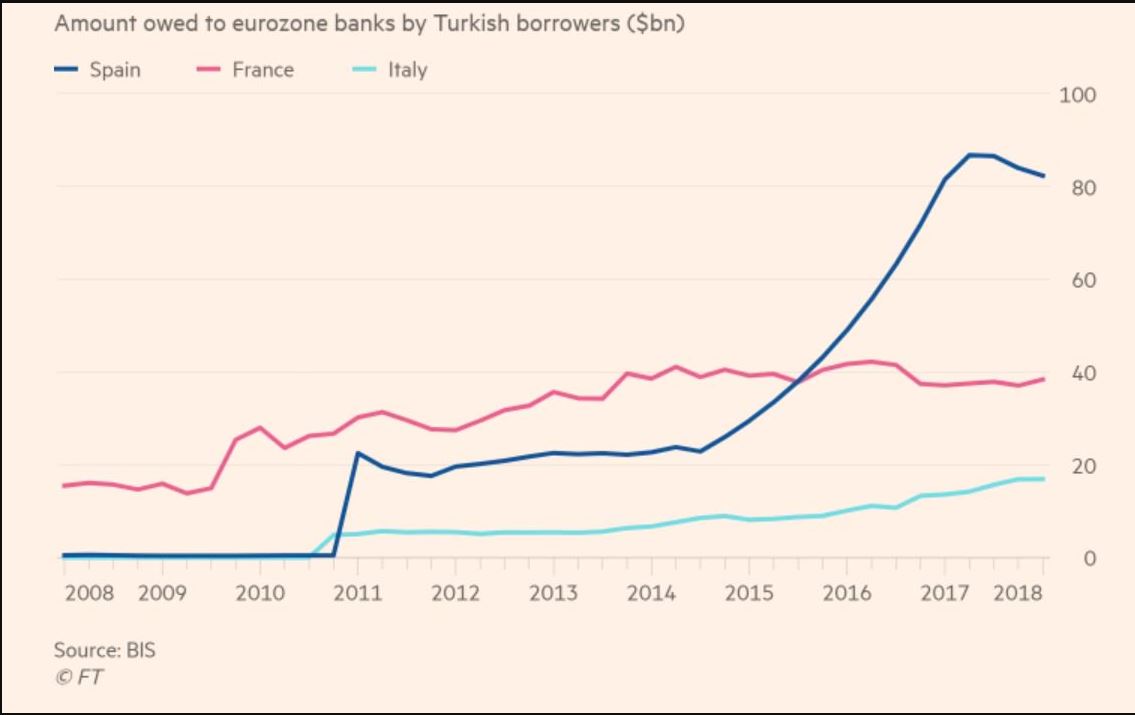 The worries about Turkey’s banks are spilling over to the European banking system, since several major euro zone banks have operations in Turkey. The banks viewed as most impacted are Spain’s BBVA and Italy’s Unicredit, which own large stakes in Turkish banks, and France’s BNP Paribas, which has operations there.

“When people think about the costs, they’re panicking. They only think about Unicredit’s loans. What they haven’t done is though about what Unicredit has done to hedge itself. These banks are risk managers and people only want to focus on the liabilities side of the balance sheet,” said Chandler. “That’s why I still think it’s being exaggerated. Turkey is bad for Turkey, but not necessarily the systemic risk of the Asian crisis of 1998/99.”

Unicredit holds a more than 40 percent stake in Turkish bank Yapi Kredi, and BBVA owns nearly half of Garanti Bank.

On Monday, Turkey’s central bank announced a series of measuresto help lenders by easing capital requirements and to “provide all the liquidity the banks need.”

President Erdogan’s rise to power has been fueled by credit. Turkey’s phenomenal prosperity and, at one time, 7% GDP was all done on borrowed dimes.

The problem for Erdoğanomics is that it relies not on facts but on a misplaced belief in the president’s personality to win arguments. Since 2016, Mr Erdoğan has pursued a policy that favoured cheap credit and high growth over high prices. On the surface, this has yielded success: Turkey’s real GDP has grown by more than a third over the past five years – just behind China and India. Despite high inflation, the credit binge made consumers feel rich – helping secure Mr Erdoğan the newly created post of all-powerful president. Yet the Turkish strongman has traded his nation’s sovereignty in this dash for growth. Under his rule, Turkish banks and companies racked up debt denominated in US dollars. They could do so because central banks around the world were pumping money to stimulate their economies after the global financial crisis.

That borrowing, which fuelled consumption and spending, resulted in Turkey running a large current account deficit. The government also ran a fiscal deficit. When the lira plunged, Turkey’s private sector found its borrowing costs, denominated in foreign currency, rose sharply. Had Mr Erdoğan thought through the ramifications of his ultra-loose policy, he would have put money aside to deal with foreseeable crises. This would have meant accumulating enough foreign exchange reserves to meet all repayments, and interest on foreign debt falling over the next year. Turkey would need about $180bn. Instead Mr Erdoğan has less than half of that and a crisis he cannot pay for.

Now, Trump is a money guy, above all things. He is also as big a chest thumper as anyone on Earth. He knows exactly where to hit a double-dealing thug and have it hurt.

Oh, yeah. With friends like that, who needs enemies? Erd is Turd Central.

U.S. grievances include Ankara’s plans to buy the S-400 advanced air-defense system from Russia; because Turkey will both operate the F-35, the newest high-tech jet in the American military inventory, and depend on Russia for maintenance and spare parts for the S-400, Moscow will be in a position to glean valuable intelligence on how to detect the plane. The Turks have also complicated the U.S. fight against the self-declared Islamic State, first by forcing the United States to negotiate for a year over the use of Incirlik Air Base, and then through their incursion into northern Syria, targeting Washington’s Kurdish allies. Against this backdrop, President Erdogan himself threatened U.S. troops in Syria.

When it comes to Iran, Ankara has done everything possible to undermine U.S. policy, whether by negotiating a separate nuclear agreement or opposing and then helping Iran evade sanctions.

Erdogan may be hoping that his Monday meeting solicitation will quiet market jitters and stop the currency’s slide into oblivion. His continuing consolidation of power depends on the Turkish people’s blind contentment. He can’t afford to lose that just yet, especially when the downside will be on him, for all he’s laid the groundwork blaming everyone but.

Chandler said the steps were not what was required. “I would say they haven’t hit the pain threshold. They didn’t cry uncle yet. They haven’t really done anything to stop the bleeding,” he said. Compounding the problems are that Turkish President Recip Tayyip Erdogan acquired powers over the banking system and economy in the June election and has politicized policy.

Turkey needs to “raise interest rates sharply, like Argentina just did, like 500 basis points. Turkey’s got to do more because they’re behind the curve,” Chandler said. “They could put capital controls on. They could go to the IMF. They could get a white knight, like Russia or China. Their policies have repelled investors and they haven’t reversed that yet.”

Monday’s Turkish overture could have been a feint to divert market attention from their fiscal fright. Or, schmaybe, a sincere gesture towards reaching an accord. Whatever John Bolton’s report of his impressions to his boss indicate, I do not believe that Erdogan is prepared for what Trump can dish out, without a shot ever being fired.

“They didn’t cry uncle yet“?

Monday afternoon might have been the first sniffle. We’ll see.