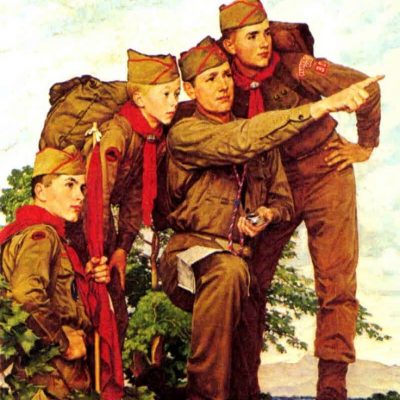 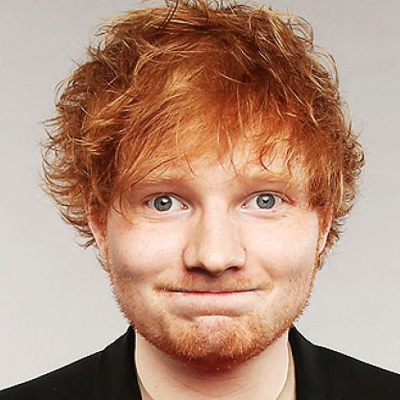 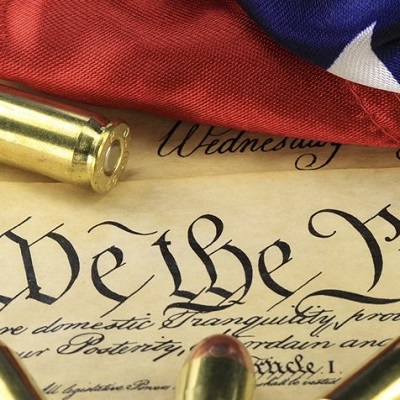 There’s this guy named Dennis Baron, who is apparently an English and linguistics professor University of Illinois at Urbana-Champaign, who decided he’s a legal scholar – a mind much sharper when it comes to Constitutional law than the late Antonin Scalia’s. Never mind that Scalia was a Supreme Court Associate Justice with a law degree from Harvard, and Baron is… well… a hack who focuses on “linguistic rights; language reform; gender issues in language; language standards and minority languages and dialects” and apparently believes that he is more qualified to interpret the Constitution than the late Scalia. 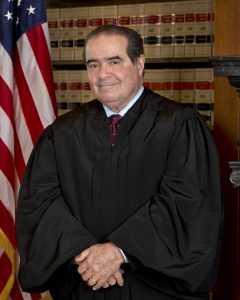 Baron has penned a ridiculous screed for the Washington Post, filled with the recycled arguments and nonsensical claims that have been refuted so many times, they can be considered hackneyed. But since the Washington Post (the article is behind a paywall, which is why I have provided a link above) saw it fit to publish this imbecilic written diarrhea, I figure a quick fisk would show why a mediocrity teaching English at the University of Illinois shouldn’t pretend to be a legal mind.

For most of its history, the Second Amendment protected a collective right to gun ownership connected to service in the militia. This is fairly clear from the text, which says: “A well regulated Militia, being necessary to the security of a free State, the right of the people to keep and bear Arms, shall not be infringed.”

Baron immediately vomits a lie. In 1886, the Supreme Court in Presser v. Illinois ruled that the right to keep and bear arms is an individual one – this is much before Heller and McDonald reaffirmed that right and incorporated it to include the states.

Baron also apparently has never read Bastiat. Had he attempted to read the short writing titled, “The Law,” he would comprehend the root of the concept he refers to as a “collective right.”

Each of us has a natural right — from God — to defend his person, his liberty, and his property. These are the three basic requirements of life, and the preservation of any one of them is completely dependent upon the preservation of the other two. For what are our faculties but the extension of our individuality? And what is property but an extension of our faculties? If every person has the right to defend even by force — his person, his liberty, and his property, then it follows that a group of men have the right to organize and support a common force to protect these rights constantly. Thus the principle of collective right — its reason for existing, its lawfulness — is based on individual right. And the common force that protects this collective right cannot logically have any other purpose or any other mission than that for which it acts as a substitute. 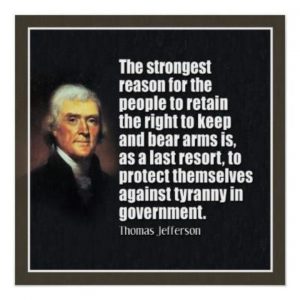 But hey – maybe Baron just fails to comprehend the concept of individual rights, which is why he so ignorantly misreads the Second Amendment.

Baron is hardly an authority on the English language, despite his apparently extensive knowledge in the effects of having a vagina on linguistics. The late Roy Copperud, however, was an expert on the English language, and when it comes to the use of said language in the plain text of the Second Amendment, this immigrant whose third language is English will turn to the late Mr. Copperud instead of the derpy Mr. Baron.

Roy Copperud was a newspaper writer on major dailies for over three decades before embarking on a a distinguished 17-year career teaching journalism at USC. Since 1952, Copperud has been writing a column dealing with the professional aspects of journalism for Editor and Publisher, a weekly magazine focusing on the journalism field.

He’s on the usage panel of the American Heritage Dictionary, and Merriam Webster’s Usage Dictionary frequently cites him as an expert. Copperud’s fifth book on usage, American Usage and Style: The Consensus, has been in continuous print from Van Nostrand Reinhold since 1981, and is the winner of the Association of American Publisher’s Humanities Award.

So what did the late Roy Copperud have to say about the plain text of the Second Amendment?

The words “A well-regulated militia, being necessary to the security of a free state,” …constitutes a present participle, rather than a clause. It is used as an adjective, modifying “militia,” which is followed by the main clause of the sentence (subject “the right,” verb “shall”‘). The right to keep and bear arms is asserted as an essential for maintaining a militia.

The sentence does not restrict the right to keep and bear arms, nor does it state or imply possession of the right elsewhere or by others than the people; it simply makes a positive statement with respect to a right of the people.

Antonin Scalia was pretty bright by all accounts, and he was a widely-recognized constitutional expert, and Roy Copperud had impeccable credentials as a linguistics expert. Baron? He writes such illuminating tomes as “Grammar and Gender,” and yet, he portrays himself as skilled and intelligent enough to walk in the shoes of giants.

In his opinion in Heller, Justice Antonin Scalia, who said that we must understand the Constitution’s words exactly as the framers understood them, disconnected the right to keep and bear arms from the need for a well-regulated militia, in part because he concluded that the phrase “bear arms” did not refer to military contexts in the founding era.

By Scalia’s logic, the natural meaning of “bear arms” is simply to carry a weapon and has nothing to do with armies. He explained in his opinion: “Although [bear arms] implies that the carrying of the weapon is for the purpose of ‘offensive or defensive action,’ it in no way connotes participation in a structured military organization. From our review of founding-era sources, we conclude that this natural meaning was also the meaning that ‘bear arms’ had in the 18th century. In numerous instances, ‘bear arms’ was unambiguously used to refer to the carrying of weapons outside of an organized militia.”

But Scalia was wrong. Two new databases of English writing from the founding era confirm that “bear arms” is a military term. Non-military uses of “bear arms” are not just rare — they’re almost nonexistent.

Scalia was and is correct, and Baron is either a liar, or too stupid to be allowed to interpret “Curious George” books, let alone legal texts. Bill Poser, writing for the University of Pennsylvania in 2008, takes apart Baron’s argument nicely – an argument Baron included in an amicus brief for the Heller case, in which the Supreme Court ruled that the Second Amendment protects an individual right to keep and bear arms, and about which Baron is apparently still butthurt.

Among the numerous amicus briefs submitted is the so-called “Linguists’ Brief“, written by Dennis E. Baron, Richard W. Bailey, and Jeffrey P. Kaplan. This brief argues that the Second Amendment protects only a public right on two grounds: the afore-mentioned interpretation of the leading clause, and the argument that the expression “bear arms” refers only to the organized military use of arms, not to individual use. They claim that the term “bear arms” is “an idiomatic expression that means ‘to serve as a soldier, do military service'”.

If true, this would be quite surprising, since there is what seems to me to be a very strong case, nicely put in the The Cato Institute Brief, that the right to bear arms in English law prior to the Bill of Rights was an individual right and that the Founders saw the Second Amendment and similar provisions in state constitutions as continuations and extensions of that tradition. A view contrary to that of the Linguists’ Brief is presented by Clayton Cramer, a software engineer and historian, and Joseph Olson, a historian, in their paper What did ‘Bear Arms’ Mean in the Second Amendment. English usage of the late 18th century is not my area of expertise, but it seems to me that it is the non-linguists who have the stronger case.

After rehashing his unsuccessful argument in the amicus brief, Baron subsequently makes some bizarre claims about lower courts defining the right to keep and bear arms as protecting the right to hunt or something, but certainly not for self defense, and never for the sake of standing up to a tyrannical government!

But we shouldn’t need big data to tell us this. “Bear arms” has never worked comfortably with the language of personal self-defense, hunting or target practice. Writing about the Second Amendment in 1995, historian Garry Wills put it succinctly: “One does not bear arms against a rabbit.”

And in 1840, in an early right-to-bear-arms case, Tennessee Supreme Court Judge Nathan Green wrote: “A man in the pursuit of deer, elk and buffaloes, might carry his rifle every day, for forty years, and, yet, it would never be said of him, that he had borne arms, much less could it be said, that a private citizen bears arms, because he has a dirk or pistol concealed under his clothes, or a spear in a cane.”

Except the Founding Fathers’ – both the Federalists and the anti-Federalists – own writings contradicted this strange spew. 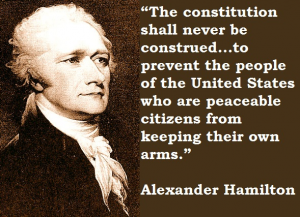 Alexander Hamilton’s ardent defense of a “well-regulated militia” as regular citizens who need discipline and training to give them that character in Federalist 29 and his confirmation in Federalist 28 that should a government become tyrannical, the “citizens must rush tumultuously to arms, without concert, without system, without resource; except in their courage and despair,” and the importance of maintaining proficiency with said arms to prevent said tyranny, pretty much negates Baron’s citation of Nathan Green as an “expert” in what the Founders meant when they included the Second Amendment in the US Constitution.

I’m not a constitutional scholar, nor am I an attorney, but the Founders’ intent seems pretty clear, and Baron’s weak attempt to elevate himself as somehow better versed in Constitutional law than a Harvard-educated Associate Justice of the Supreme Court would be laughable if it wasn’t dangerous.

It’s dangerous because the Washington Post is publishing his ignorant screed as coming from an “expert” to support its crusade against our rights.

It’s dangerous because people too intellectually lazy to do their research will read this opinion piece and cite Baron as an “expert” to support their contention that the right to keep and bear arms doesn’t really exist.

These arguments need to be taken apart each and every time – no matter how many times and in how many formats they are presented.

These people aren’t experts. They are politically-motivated hacks, who use the “PhD” behind their names to lie their way into the discourse on rights in this country.

And they must be stopped at all costs.