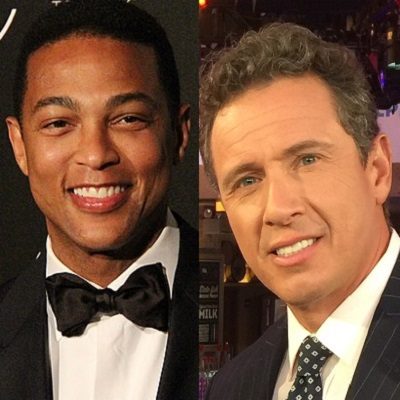 Next post
Did CNN’s Don Lemon Pull a Chris Cuomo? 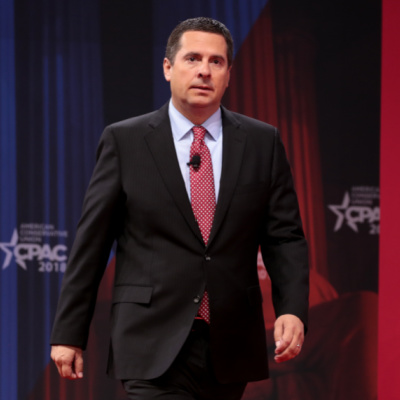 Oh joy of joys. Oh joy, oh rapture. Oh gloriosity. Congressman Devin Nunes (R-CA) announced that he will leave the House of Representatives at the end of the year to become CEO of Donald Trump’s forthcoming social media platform, Truth Social. Truth Social is currently in beta testing and is expected to launch in January of 2022. I feel some winning coming on.

My first thought was that the internal tabs for polling must show that the Republican Party is going to slay the Democrats in the 2022 election. We are talking mucho grande seats. The Dem numbers must be swirling the bowl.

Second thought was that Devin Nunes, who has been in Congress since 2013, was poised to Chair the House Ways and Means Committee when the Republicans take back the house. That’s huger than huge. Controlling all that money! Nunes has long been a favorite target of the Left because he was a strong Conservative before Trump and never wavered. When other spineless Republicans would spin like a weather vane at the mere mention of Donald Trump, Devin Nunes was a rock.

Devin Nunes is also audacious. In case you have forgotten, during the 2019 Trump/Ukraine Phone Call First Impeachment, Nunes called out Adam Schiff for trying to get nude pictures of Donald Trump. Two Ukraine radio hosts pranked Schiff and pretended to be Russians and offered Schiff pics of nude Trump. The pictures don’t exist, but Shiff got caught trying to get dirt on an opponent, which is what Trump was accused of doing. It was audacious and magnificent. Remember?

Nunes is clear-eyed and pragmatic about the games the Democrats play with people’s lives:

Devin Nunes is not leaving, like Adam Kinzinger because he can’t get reelected. Even the New York Times had to concede that:

Mr. Nunes faced almost impossible odds in being re-elected to the Central Valley district that his family has farmed for three generations. A new map emerging from an independent citizens’ redistricting commission was almost certain to flip it from a district Mr. Trump won handily to one President Biden would have won.

But political analysts and politicians in the district had predicted that Mr. Nunes — who was the chairman, then the top Republican on the House Intelligence Committee during the Trump administration — would jump to a newly created, Republican-friendly district. That would have allowed him to continue his congressional career and assume the helm of the powerful Ways and Means Committee if Republicans took control of the House, as they are favored to do.

Earlier today, Devin Nunes sent an email to his constituents announcing his retirement, you can read it here.

President Donald Trump acknowledged that he was bringing on Nunes in a statement regarding the Trump Media and Technology Group:

“Congressman Devin Nunes is a fighter and a leader. He will make an excellent CEO of TMTG,” Trump said in a statement released by the company. “Devin understands that we must stop the liberal media and Big Tech from destroying the freedoms that make America great. America is ready for TRUTH Social and the end to censorship and political discrimination.”

President Trump has been banned from Twitter and Facebook and Nunes has been blocked on Twitter for spamming. It makes sense that the titanium spined Trump would want to launch his own social media platform and Truth Social looks to be independent of the technology issues that plagued Parler. Axios.com bemoaned the fact that the right wing was building its own echo chamber, which implicitly declares that the Left has its own echo chamber:

Conservatives are aggressively building their own apps, phones, cryptocurrencies and publishing houses in an attempt to circumvent what they see as an increasingly liberal internet and media ecosystem.

Why it matters: Many of these efforts couldn’t exist without the backing of major corporate figures and billionaires who are eager to push back against things like “censorship” and “cancel culture.”

The SPAC is currently trading at a market value of $1.6 billion, down from its $4.5 billion peak in late October. Truth Social has yet to name a CEO.

We’ve been promised new, free speech sites before only to be let down. We are comfortable with Facebook and Twitter even as they deplatform and shadow ban the people we want to hear from. It’s easy to get jaded. Tonight, I feel almost giddy. This could happen. Oh joy.