Previous post
Does Trump Want a War With Iran? 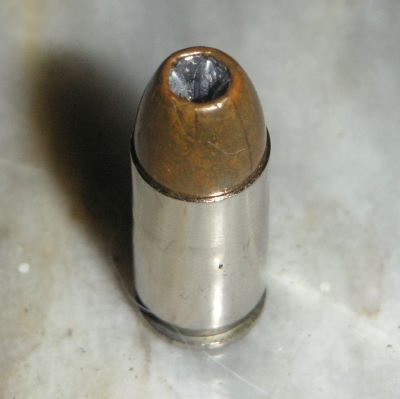 A letter to an advice columnist from a sniveling, hysterical, unhinged coward who claims to love his 24-year-old daughter, even as he excoriates the young lady for daring to own a pistol and calls her an untrustworthy, irresponsible would-be criminal has me hot under the collar this morning.

The columnist, Amy Dickinson, gave a bit of life advice to this walking bag of oozing vaginosis, who apparently needs validation for his whining cowardice and confirmation that he’s doing the “right” thing censuring the daughter he claims to love for her perfectly legal, logical life choice not to become a victim.

And that advice was just as stupid, uninformed, and politically motivated as the pathetic plea for affirmation.

Dear Amy: This week I discovered that my intelligent, hard-working, responsible 24-year-old daughter (who lives with me) is a gun owner! And it’s not a normal gun either — it is a 40 caliber semi-automatic, and she has hollow point bullets to go with it.

Translation: Dear Amy: I raised my daughter, and although I claim she’s intelligent, hard-working, and responsible, I really don’t trust her with the most effective self-defense tool on the market today. I know nothing about guns. I have no idea what a “normal” gun is, but I’m sure it looks like one of those muskets they used to carry during the Revolutionary War. It certainly can’t possibly look like a scary black semiautomatic pistol with *GASP* hollow point bullets! Now pardon me while I go shit myself in fear and contemplate where I went wrong, because I certainly didn’t teach my intelligent, hard-working daughter to take responsibility for her own safety and her own life! I can’t imagine where she would learn that, because it wouldn’t be from me, as I’d teach her to wait until the cops arrived to save her and maybe lie back and enjoy the rape for a bit.

For the record, there’s nothing abnormal about a .40 caliber semi-automatic pistol. The most popular calibers are still 9mm and .45 ACP (which is what I carry regularly), but I do own a Glock 23, which is a .40 caliber, and it’s just fine depending on what I’m wearing that day and yes, I have hollow points for that one too. In addition, semi-automatic pistols are by far the most popular guns for regular citizens and primary handguns for police and military use, but apparently this festering hemorrhoid simply squeals in panic, rather than doing some actual research.

Amy, this is the kind of weapon a criminal would possess! She says it is for emergencies. There have only been two home invasions in our neighborhood in the last 11 years.

Translation: Amy, anyone who owns a popular handgun and wants to defend themselves must be a criminal! I don’t care that millions of law-abiding Americans own these types of guns! Criminals possess weapons, and… Oh, here I go again. Shat myself. Time for another panty change. Also, we’ve never had a fire in the neighborhood, so we feel strongly we don’t need a fire extinguisher or alarms. Those are so rare, you know!

But to this sniveling turd, the fact that his “intelligent, hard-working” daughter chooses to own a popular tool of self-defense in case she’s faced with an emergency means that the evil gun somehow has turned her into a criminal.

I’ve given her three choices: She can either give her weapon to me, sell it, or move out in three weeks.

I love my daughter and would be so sad for her to move into a place that she would hardly be able to afford, but now I have to lock my bedroom door at night because I don’t know what she’s going to do

Translation: I don’t trust my “intelligent, hard-working” daughter to be a responsible gun owner, even though I claim she is responsible. I’m terrified that having an evil gun in the house will turn her into a criminal, so I’d rather toss her out on the street than have that evil implement in my house. I know I said she was “intelligent, hard-working” and responsible, but what if she shoots me in the middle of the night? Oh. My. Here I go again. I’m going through underwear faster than Usain Bolt through the tape at the finish line!

I honestly am having a hard time believing this is even a real letter, to tell you the truth! The number of contradictions and hysterical fallacies is so staggering, that I’m surprised this blithering shit socket can use a fork at mealtime without stabbing itself in the face, let alone write a coherent missive.

Now she says that I don’t trust her, and is barely speaking to me. How can I convince her to stop endangering us?

Translation: I know I claim she’s “intelligent, hard-working” and responsible, but I have to lock my door at night, because I think she could shoot me. I have no idea why she would think I don’t trust her! I mean, she’s endangering us and everything! Also, I’m out of underwear, so I’m going to do laundry. Please respond soon!

And then, there’s the response:

Dear Dumbfounded: According to my research, possessing hollow point bullets is illegal in 11 states; is it legal in your state to own this sort of exploding ammunition?

In a report published in 2015, researchers at the University of Chicago found that 31 percent of households reported having a firearm in 2014, down from about 48 percent in 1980.

According to this study, there are more guns, but concentrated in fewer households. Why must your household be one of them?

Where did your daughter get this weapon and ammunition? Has she received any safety training or certification? (Accidental gun death is a substantial risk of owning a gun.) Is she perhaps engaged in another activity outside of your household that exposes her to increased risks and makes her believe she needs to have a weapon?

I have news for you: A locked bedroom door is no match for this weaponry; as I write this, just five days ago a father in South Carolina tragically shot and killed his own 23-year-old daughter through a closed door — when he mistook her for an intruder.

I agree with your ultimatum; I also weep that there is yet another (likely unsafe) gun owner in this country.

According to the National Shooting Sports Foundation, only two states ban hollow point ammunition: California and New Jersey, and in California it’s only banned in San Francisco. So Dickinson is not only uninformed, but she apparently doesn’t know how to do research. 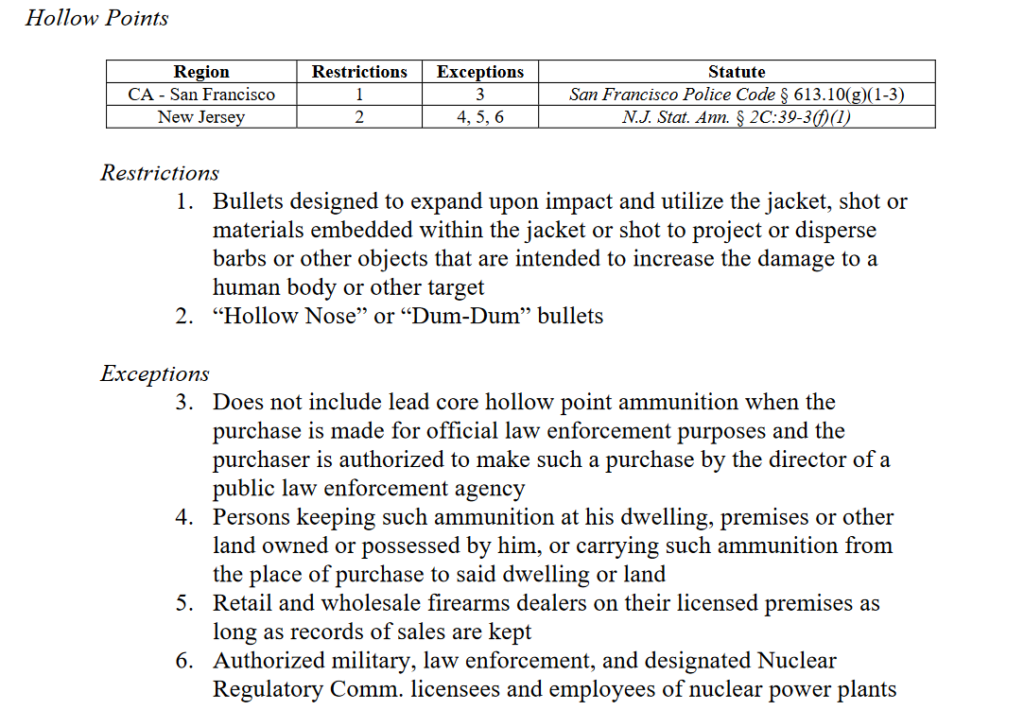 Also, EXPLODING AMMUNITION?? What in blue hell is this squealing idiot talking about?

Apparently, she’s confused “expanding” with “exploding.” And this type of ammunition increases safety and decreases the risk of collateral damage, by making overpenetration less of an issue, reducing the risk that someone behind your target may be hurt while stopping your assailant cold. Maybe Dickinson shouldn’t be giving advice until she learns some basic reading comprehension and research skills.

Dickinson then goes on to give the pants-soiling ass goblin exactly the kind of validation he needs to toss his own child out of the house, because he’s a coward who can’t tolerate her ownership of an effective tool of self defense and being responsible for her own life without having to rely on law enforcement.

Oh, she must be involved in some other, possibly dangerous or illegal activity!

Oh, she may not be properly trained in the use of the gun!

Oh, she may even own it illegally.

Oh, you’re so right to kick her out of the house unless she relinquishes her tool of self-defense!

My advice to the daughter of this pusillanimous cock biscuit would be to leave as soon as possible. Leave this coward. Leave his house. Don’t look back. He does not trust you, and he certainly does not love you!

He is willing to kick you out of the house and accept the risk – however small – that you might be victimized and left defenseless because his political views and ignorance outweigh his desire for you to be safe.

It’s his house, and he has the right to make demands, no matter how unreasonable. Leave today. You’ll do just fine without this pants-shitting, Shannon Watts-humping coward in your life.