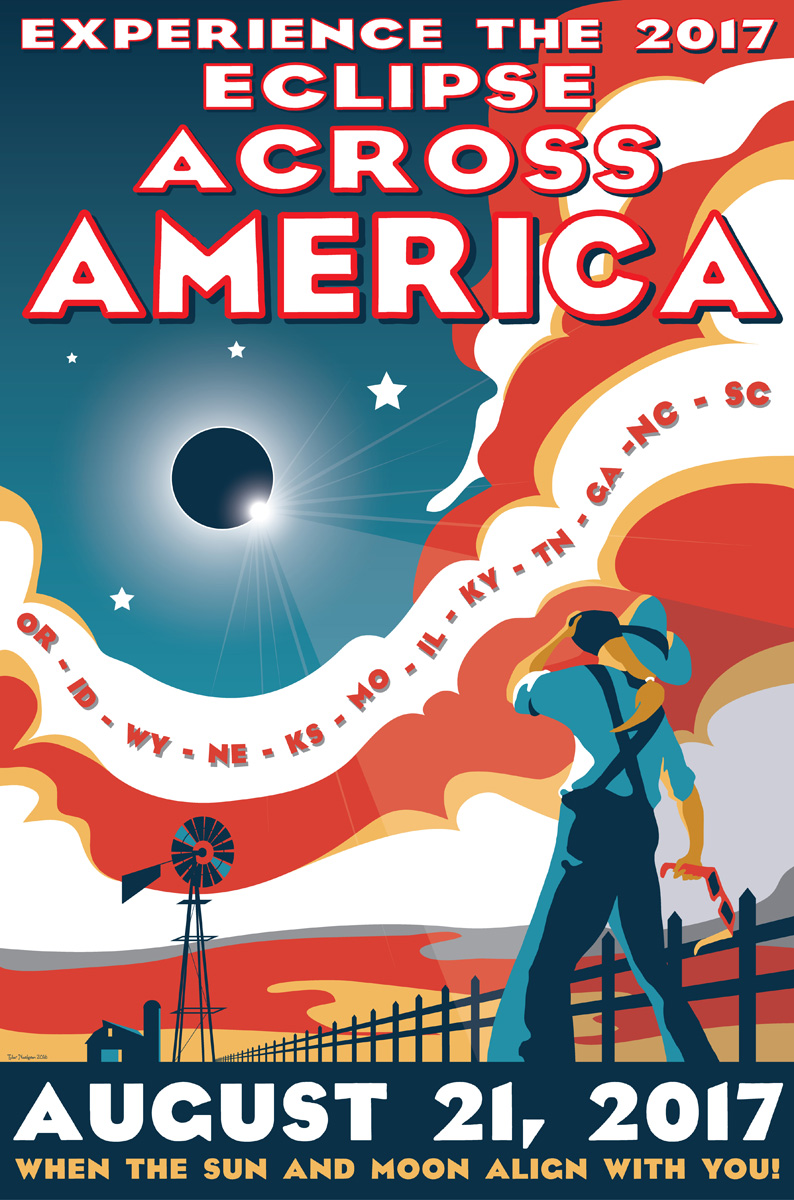 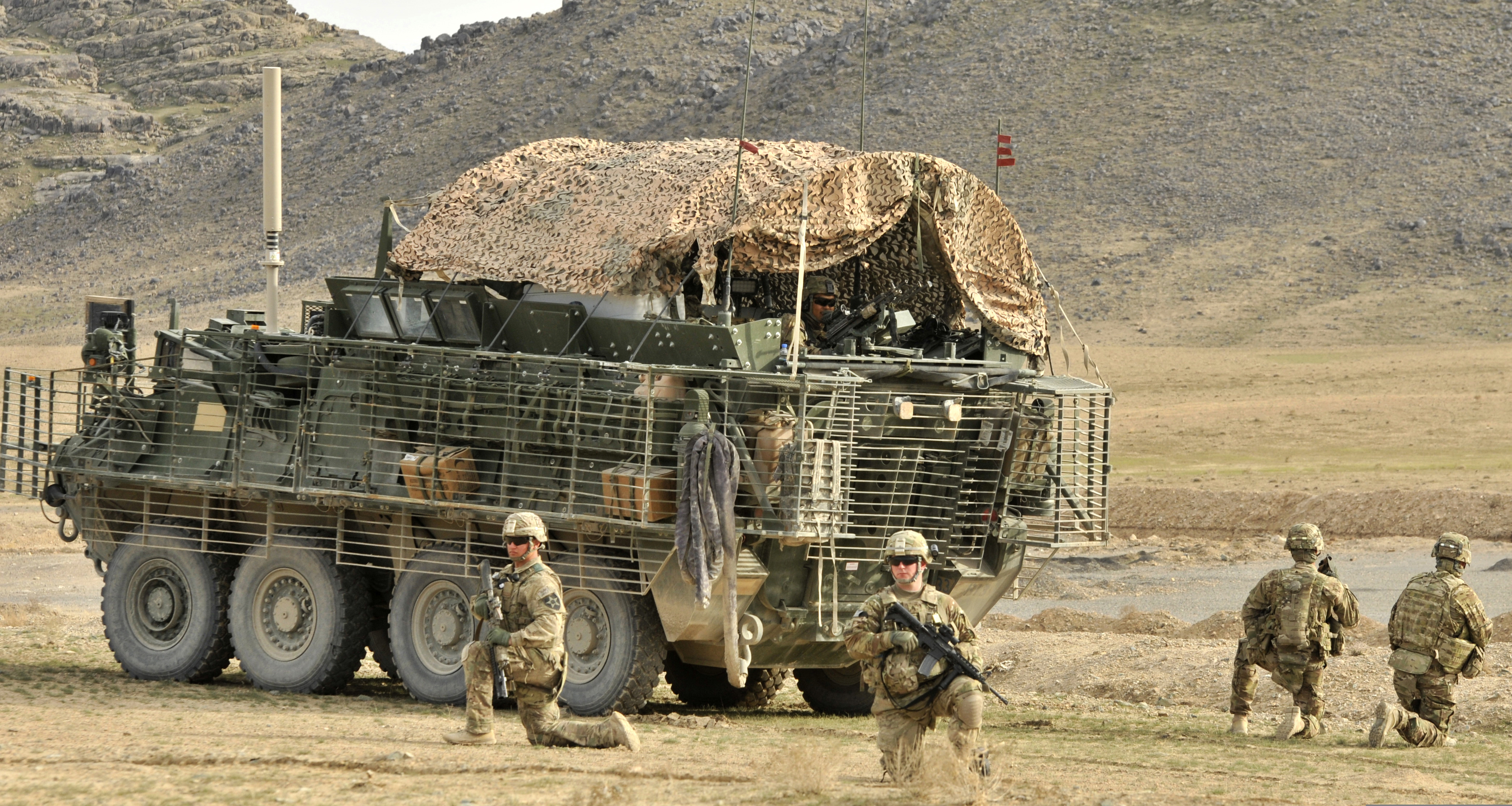 Next post
Trump Tells Advisers U.S. Is Losing in Afghanistan 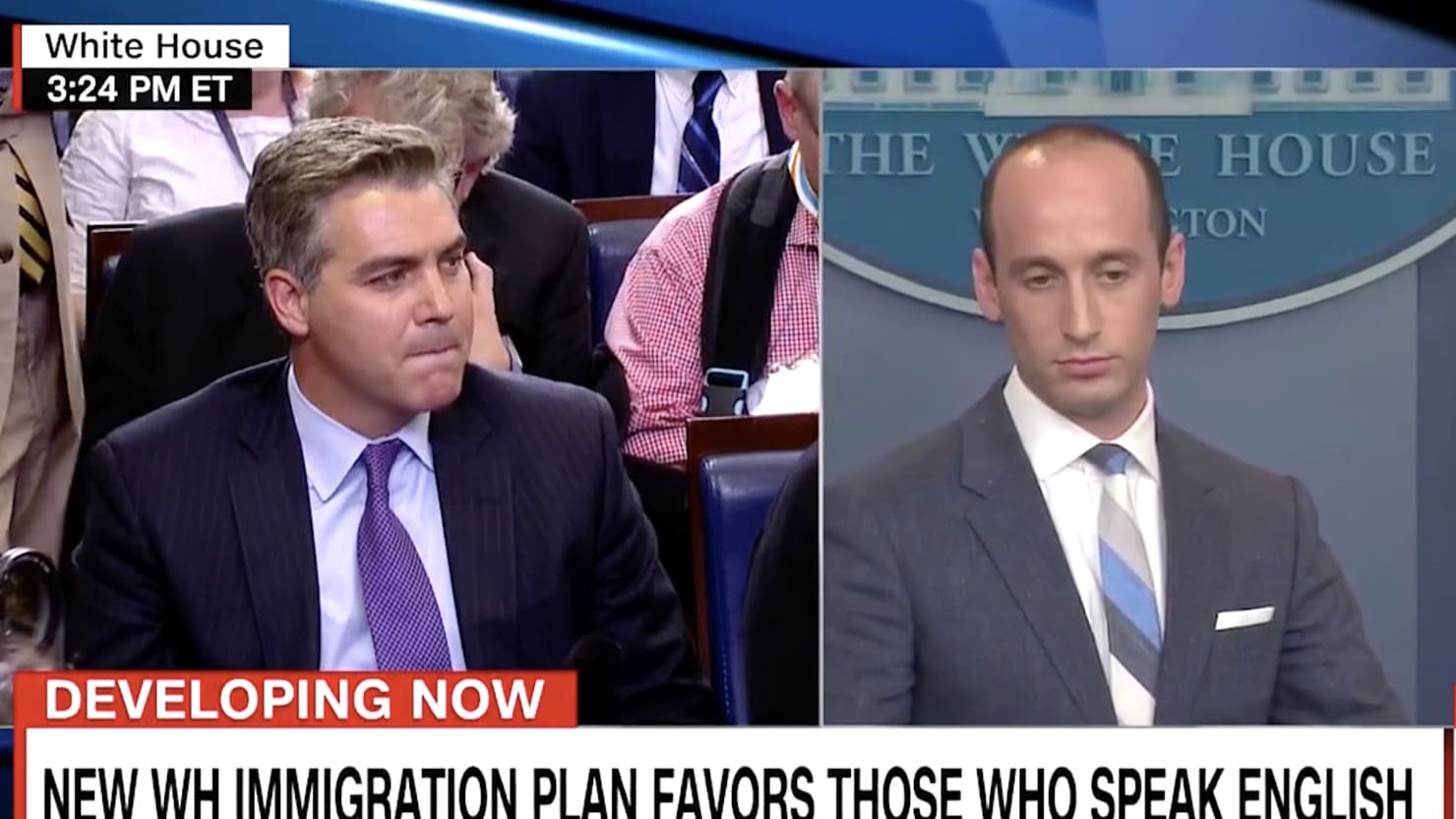 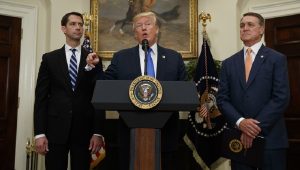 Reforming American Immigration for Strong Employment Act, or RAISE, put forth by Tom Cotton (R-AR) and David Perdue (R-GA) seeks to reform an immigration system that hasn’t been updated since the early 1960’s. The new system will favor highly-skilled immigrants who have strong English-speaking abilities and will revise the system of welfare for immigrants.

Making revisions to a system that hasn’t seen definitive updates or changes in nearly 60 years? Past due, I’d say. CNN’s Jim Acosta has issues, though. And at today’s White House Press Briefing he went into full jerk mode.

Full exchange between Stephen Miller & @acosta on Statue of Liberty & immigration. "It reveals your cosmopolitan bias to a shocking degree." pic.twitter.com/9eHTiNaR4G

The Statue of Liberty is the law of the land? Since when?

Press 1 for English??!! Wow Jim! You really went there. WOW.

“…are we just going to bring in people from Great Britain and Australia?” WTH?

Yes, you read the above correctly. Yes, Jim REALLY did imply the new policy would be restricted to full English-speaking applicants only. Watch the video again.

Rightly so, Stephen Miller took Jim to the woodshed. But no one wanted to listen to Stephen line out facts. No one wanted to deal with the relevant issues, nor look at real statistics. Instead, as soon as the words “wall,” “African-American,” and “Hispanic” were mentioned, the press was like AH HA! SEE, the legislation IS racist. 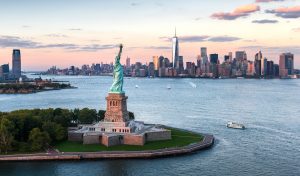 Meanwhile, back to Jim Acosta and his Statue of Liberty Law. Emma Lazurus’ poem has resonated with so many across the world. It is one of the many symbols of our Freedom that has drawn so many to our country. Even with its sad history regarding Emma herself, the poem endures.

So where would Jim possibly get the idea that this poem serves as the law of the land? Maybe from these two fine upstanding citizens who weren’t fans of President Trump’s executive order that became known as the Muslim Ban.

There is no fine print on the Statue of Liberty. America must remain open to people of all faiths & backgrounds. #RefugeesWelcome pic.twitter.com/4LvMiZTRJJ

“Give me your tired, your poor, your huddled masses yearning to breathe free,” House Minority Leader Nancy Pelosi (D-Calif.), the daughter of an Italian immigrant mother, said outside the Supreme Court Monday night. “You know the rest. It’s a statement of values of our country. It’s a recognition that the strength of our country is in our diversity, that the revitalization constantly of America comes from our immigrant population.”

Oh, ok! So it’s a statement. Which in Jim’s CNN media mind means it’s the law of the land. Jim, do you Constitution much? Do you even understand the difference between the Statue of Liberty and Ellis Island? 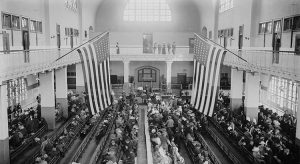 Jim, do you know that the Statue of Liberty and Ellis Island don’t even share the same space? 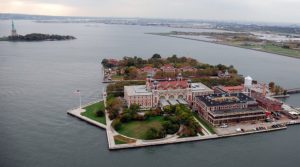 Evidently a lot of others don’t either as you can see from a sampling of the Twitter reactions here. Nazi? REALLY? Hannibal Lector? Drama much? 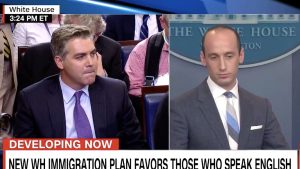 Then again, how Jim approached all of this was just plain stupid.

Needless to say, Ari Fleischer and many others weren’t thrilled with Jim’s tone, stance, and what he said.

.@Acosta an advocate for a political point of view, not as a neutral reporter. He's not even playing the devil's advocate. This is bias.

Jim, you want to know why you get hammered relentlessly by all of us Deplorables across the United States? Everything that transpired today because of you is exactly why we no longer trust or like the media.

Meanwhile, I’m waiting for the Statue of Liberty to take her torch and give Jim a good ole Gibbs slap upside the head for being such a stupid jerk.