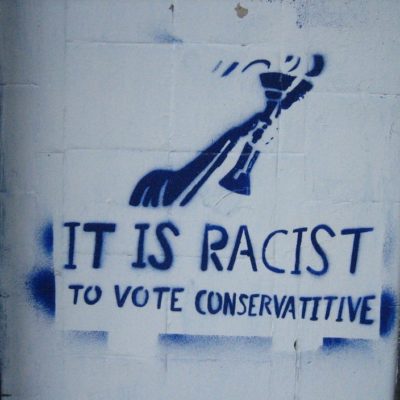 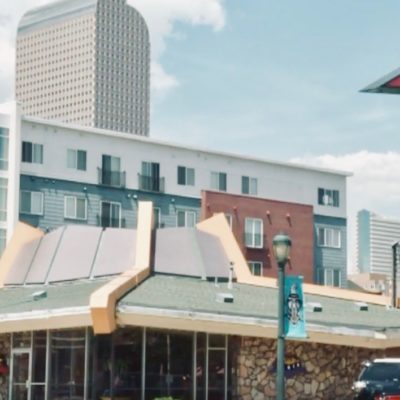 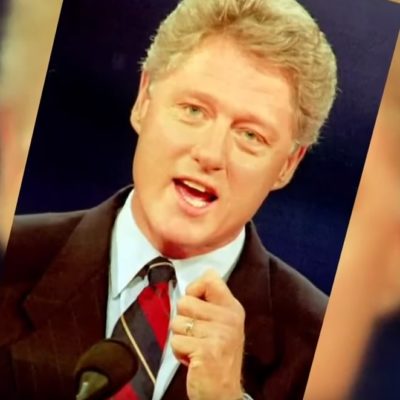 One of the end results of the #MeToo movement was the hopefully permanent trashing of Bill Clinton and his entire sordid history. (One which might not be over, in fact, depending on what Jeffrey Epstein reveals.)

The FX TV show “American Crime Story” has been running for a couple of seasons now, and dramatizing infamous crimes in American culture for the current viewer. The first season dealt with the O.J. Simpson trial (which makes perfect sense for Millennial audiences who never knew Simpson as a football player or actor, only for this trial and everything that came after it), and the second season covered the murder of fashion designer Gianni Versace. The third season is set to debut at the end of September 2020, and will be covering the impeachment of Bill Clinton.

According to FX, the series will focus on the various perspectives of a trio of female leads: “Impeachment: American Crime Story unravels the national scandal that swept up Paula Jones, Monica Lewinsky, and Linda Tripp as principal characters in the country’s first impeachment proceedings in over a century.”

The limited series is based on Jeffrey Toobin’s bestselling book “A Vast Conspiracy: The Real Story of the Sex Scandal That Nearly Brought Down a President” and is adapted by Sarah Burgess.”

Now, if Monica Lewinsky is going to be helping produce this show, you know it isn’t going to be a Clinton fan fest. As Jim Geraghty points out in National Review, there is no way that Bill Clinton comes off well in this story.

The series is almost certain to paint the GOP lawmakers calling for impeachment as hypocrites and crazed partisans, but that’s par for the course, and in some cases, it may be a fair criticism. Perhaps the most interesting question that the series could explore is what the legacy of Clinton’s scandal was. Clinton “got away with it,” other than a fine and losing his law license. How many other powerful men saw Clinton evade serious consequences and began seeing their employees as a potential harem? How much did Clinton shape the world that would eventually generate the #MeToo movement?”

Hillary Clinton is not coming back to politics. Bill Clinton is 72 years old now (!). Few of today’s Democrats feel a strong instinct to defend either of them anymore. You wonder how many Democrats – how many Democratic women – who excused and defended Clinton’s behavior in the White House wonder if they were on the right side. Today’s young Democrats certainly feel less need to insist that the president having sex with an intern is nobody’s business but theirs.”

Between the subject matter and the timing of the premiere, liberals are crying foul. All the current Democratic candidates apparently want nothing to do with Bill or Hillary Clinton – or Barack Obama, for that matter – and bringing the Clinton impeachment back into popular culture right before the date of the 2020 election is making the left whine on Twitter.

There is nothing that Trump would like more than to turn the homestretch of 2020 into a revisitation of the Clintons. Don't do this, @FXNetworks. It's a disservice to our fragile political system and to the talented people involved in this show.

Oh please. This isn’t 2016, Hillary isn’t running for president (and if she was president right now, do you think this would be getting made at all? Hmmm…), and let’s not pretend that if this was about Donald Trump’s three marriages, the left wouldn’t be squealing with glee over it.

But as we all know, the left doesn’t like to be reminded in any way of the crimes of their political figures. It’s been 50 years since Ted Kennedy left Mary Jo Kopechne to die in Chappaquiddick, and we still get “poor Teddy” crap from press and freakouts when a movie is produced that doesn’t attempt to cover up Kennedy’s depravity. So here comes “American Crime Story,” produced by Monica Lewinsky, which is probably going to tell a few brutal truths about Bill Clinton while blaming Ken Starr for the investigation, and the wails of liberals are bouncing off the walls of their echo chambers.

Bill Clinton is radioactive to the left at the moment. The absence of both Clintons from this political cycle is proof that their shelf life is over, thank God. Could this show sway the audience against Democrats in 2020? Anything is possible, but if there is no Clinton in the political picture, it becomes less likely. It’s more likely that this show will consign the Clintons to the public ignominy they so richly deserve.