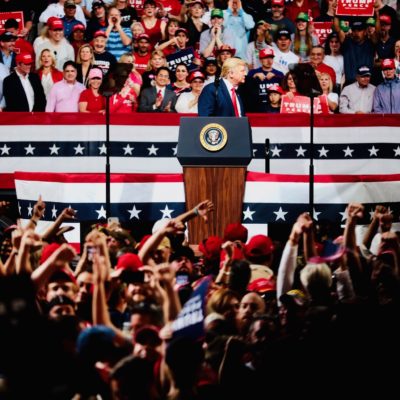 Next post
Refugees Are Important To The U.S. But So Is The Process 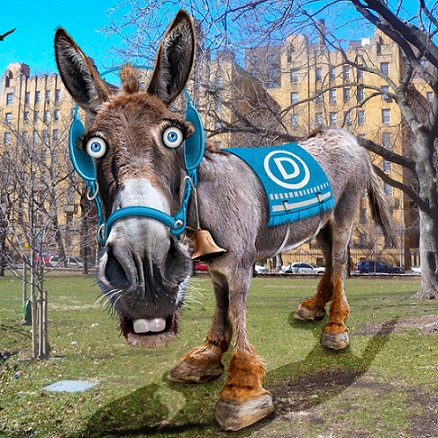 Hands down, Joe Biden had the best weekend of all three of his presidential campaigns. He actually won a primary, and he got a super special congratulatory phone call from his former BFF, Barack Obama.

Ol’ Joe was probably so excited at that phone call that he could barely remember where he was.

The other Democrat primary candidates… had a much tougher weekend than Grandpa Joe. The obvious losers from the South Carolina primary were Tom Steyer and Pete Buttigieg. Steyer realized that he was just burning his own money on Saturday night (and probably causing global warming in the process), and finally called it quits. Buttigieg took a drubbing in South Carolina that must have made it painfully obvious that he would never be able to gain black Democrat voter support. While he initially spent Sunday being optimistic and working on fundraising, by late Sunday afternoon the word had leaked out from his campaign that Buttigieg was going to drop out.

Buttigieg made it official on Sunday night, in front of his hometown crowd.

“I will do everything in my power to ensure that we have a new Democratic president come January,” Buttigieg told a throng of enthusiastic and emotional supporters in South Bend, Ind., on Sunday night, in a speech marked by an upbeat and forward-looking timbre.”

“We sent a message to every kid out there wondering if whatever marks them out as different means they are destined to be less than,” he continued amid chants of “USA!” and other cheers. “To see someone who once felt that exact same way can become a leading presidential candidate with his husband at his side.”

Buttigieg, who had once posed as a moderate while really being just as extreme as Bernie, will not be missed.

Pete Buttigieg was, perhaps aside from Eric Swalwell, the single most insufferable member of the 2020 Democratic field. His smugness knew no bounds, his warping of Christian doctrine to suit his worldview was grotesque, and his incessant jihad against Mike Pence was simply gross.

The other candidates took losing South Carolina hard as well. Bernie committed the faux pas of getting on the wrong private jet. Poor Bernie. All those Gulfstreams start to look alike after campaigning in so many states, am I right?

Candidates Warren and Klobuchar are currently engaged in a game of chicken after South Carolina. Both want to be the last woman standing, so neither is going to budge until they absolutely must quit. Warren is bleeding cash and is now taking the super PAC money she once swore off in hopes that Bernie Sanders will finally ask her to the prom – I mean, ask her to be his vice president.

Klobuchar has other problems on her mind.

Local civil rights groups, including the Minneapolis NAACP, had called for Klobuchar to suspend her campaign in January over handling of a murder conviction while she was county prosecutor. pic.twitter.com/3S2EfiSmWU

The rally ended up being canceled. This is in Klobuchar’s home state of Minnesota! She might win her home state on Super Tuesday, but the polls show that Bernie is running a close second. Warren is losing Massachusetts to Bernie, which feels appropriately hilarious, but also a real sign that Warren is no asset to Bernie on a presidential ticket – which probably means that Bernie is looking at other potential VP candidates, and Warren is going to miss her date to the prom.

And of course, Mike Bloomberg got mocked by Donald Trump at CPAC over the weekend. You have to admire the president’s comedic timing. I’m sure Bloomberg will console himself with his billions of dollars, so don’t worry about him.

Now, Biden’s euphoria is probably not going to last, and the candidates that are left are definitely bracing themselves for Super Tuesday. While the race does look like it’s Biden versus Bernie, Super Tuesday will be the make-or-break day for the rest of the candidates. Expect a lot of breakage on Tuesday night.