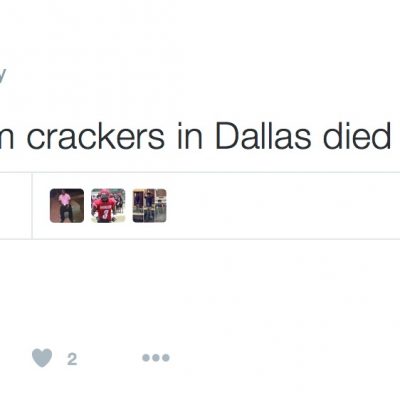 #BristolShooting: One Woman Killed, One Officer and Two Others Wounded 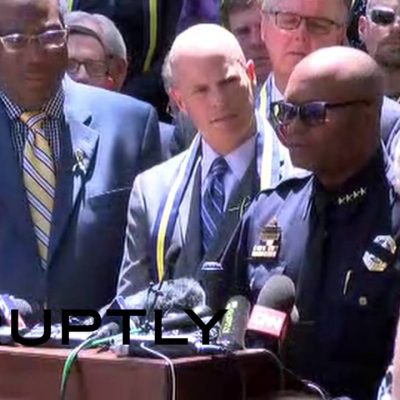 #BristolShooting: One Woman Killed, One Officer and Two Others Wounded

Yesterday morning, before the ambush shooting of police officers in Dallas, a similar shooting occurred in Bristol, Tennessee. One woman is dead, and three others are injured, including a responding police officer.

Authorities in Tennessee say a man who opened fire on a highway in Tennessee targeted police officers and others because he was troubled by incidents involving black people and law enforcement officers.

The Tennessee Bureau of Investigation says in a news release that initial conversations with the suspect, identified as Lakeem Keon Scott revealed he was troubled by incidents across the U.S. The TBI says the suspect is black; the shooting victims are all white.

Investigators say Scott killed one person, 44-year-old Jennifer Rooney and wounded three others. The TBI identified those who were injured as Deborah Watts, David Whitman Davis and Officer Matthew Cousins.

Scott had two guns early Thursday morning when he shot at a motel in Bristol, Tennessee, and then shot indiscriminately at several passing cars. When he was confronted by police, he fired at the three officers who responded.

Jennifer Rooney was on her way to pick up newspapers for her delivery job, and the shooter killed her while she was driving. She leaves behind a husband and two children.

Friend of Bristol newspaper carrier killed in random shooting: 'She was an amazing mother' https://t.co/zf5033usv4 via @wjhl11

Who was the shooter?

The TBI says 37-year-old Lakeem Keon Scott “acted alone” and was armed with at least two weapons, an “automatic-style” rifle, a pistol and a large amount of ammunition.

Investigators spoke with Scott Friday morning. Preliminary findings indicate Scott may have targeted people and officers after being troubled by recent events involving black people and law enforcement officers in other parts of the country.

The TBI says it is aware that other media outlets are reporting that white people were targeted in this shooting, but the TBI told News Channel 11 it not willing to go that far.

He is currently in custody. This story was quickly overshadowed by the scale of the Dallas shootings, but is no less important. Something is broken in our nation when people decide that the only way to vent their anger and hatred is to kill innocent people. May God have mercy on us all, and especially on the families of the fallen.