In November, Rolling Stone magazine published a story authored by Sabrina Ruben Erdely titled “A Rape On Campus.” The story revolved around an attack on the University of Virginia campus in 2012.

The story began with this lead:

Jackie was just starting her freshman year at the University of Virginia when she was brutally assaulted by seven men at a frat party. When she tried to hold them accountable, a whole new kind of abuse began

The Rolling Stone story was so appalling and horrifying that the response was immediate and overwhelmingly furious. The University of Virginia was put on the defensive, the Phi Kappa Psi fraternity’s activities were suspended, lawyers were hired, and interviews conducted. But then, cooler heads across all spectrums began to dig into the details of the story. And what they found didn’t add up. Alison Benedikt and Hannah Rosin of Slate Magazine write:

In the course of 9,000 words, Erdely chronicles an administration’s tepid response to a terrible crime. But what the piece is missing is one small thing: that single, standard sentence explaining that the alleged perpetrators of the crime deny it, or don’t deny it, or even that they could not be reached for comment. It’s often a boring sentence, one that comes off as boilerplate to readers, but it’s absolutely necessary, because it tells readers you tried your best to get the other side of the story. You notice when it isn’t there.

Did Erdely really try to find the perpetrators of the attack she wrote about? The reporters at Slate were certainly skeptical. The Washington Post had its reservations as well. T. Rees Shapiro writes:

Several key aspects of the account of a gang rape offered by a University of Virginia student in Rolling Stone magazine have been cast into doubt, including the date of the alleged attack and details about the alleged attacker, according to interviews and a statement from the magazine backing away from the article.

Rees goes on to report that many of Jackie’s friends have begun to doubt her story, the fraternity house has been vandalized, names of the supposed attackers aren’t on the fraternity roster, and Jackie herself seems to be casting blame on Sabrina Erdely for writing the story.  The resulting questions has now led to Rolling Stone magazine announcing just a short while ago that they are retracting the story in its entirety.  Their statement reads:

Last month, Rolling Stone published a story titled “A Rape on Campus” by Sabrina Rubin Erdely, which described a brutal gang rape of a woman named Jackie at a University of Virginia fraternity house; the university’s failure to respond to this alleged assault – and the school’s troubling history of indifference to many other instances of alleged sexual assaults. The story generated worldwide headlines and much soul-searching at UVA. University president Teresa Sullivan promised a full investigation and also to examine the way the school responds to sexual assault allegations.

Because of the sensitive nature of Jackie’s story, we decided to honor her request not to contact the man she claimed orchestrated the attack on her nor any of the men she claimed participated in the attack for fear of retaliation against her. In the months Erdely spent reporting the story, Jackie neither said nor did anything that made Erdely, or Rolling Stone’s editors and fact-checkers, question Jackie’s credibility. Her friends and rape activists on campus strongly supported Jackie’s account. She had spoken of the assault in campus forums. We reached out to both the local branch and the national leadership of the fraternity where Jackie said she was attacked. They responded that they couldn’t confirm or deny her story but had concerns about the evidence.

In the face of new information, there now appear to be discrepancies in Jackie’s account, and we have come to the conclusion that our trust in her was misplaced. We were trying to be sensitive to the unfair shame and humiliation many women feel after a sexual assault and now regret the decision to not contact the alleged assaulters to get their account. We are taking this seriously and apologize to anyone who was affected by the story.

Here is a story that made headlines all over the world.  A horrific story that, on its face rang somewhat true.  However, the facts began to write a different story.  A story that Rolling Stone now admits they shouldn’t have written.  Meanwhile the damage is done. A reporter and Rolling Stone forgot or didn’t care to follow one of the key tenants of good journalism, trust but ALWAYS verify.  A university’s reputation is in tatters, a fraternity has much to recover from, Jackie’s friends no longer trust her, and once again true victims of rape face hurdles they shouldn’t have to all because people like Jackie and Lena Dunham are now part of an ugly trend that involves spreading lies of rape to get 15 minutes of fame or sell books. 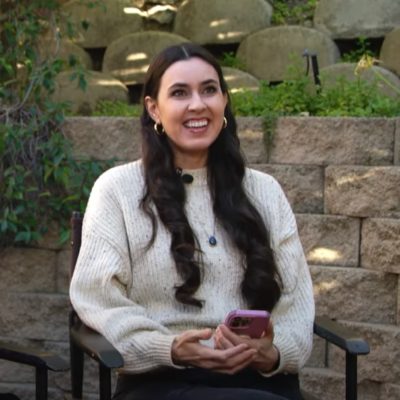