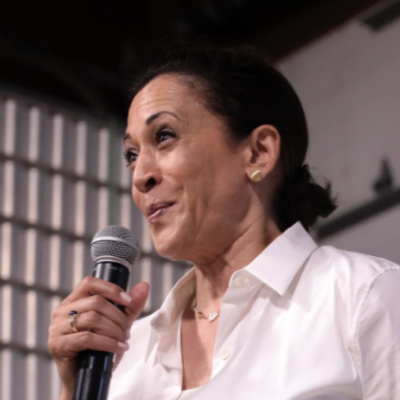 Things at the Southern Border are getting uber-ugly. The area under the International Bridge, in Del Rio, is a crisis of humanity not seen in this country before. The Border Patrol is using mounted agents to try to control the thousands of Haitians and others living there and crossing back and forth across the river. Knowing nothing about horses and crowd control, Kamala Harris threw the under the proverbial bus, again.

The area under the bridge with make-shift structures and port-a-potties housing just under 10,000 illegal immigrants is now known as “Bidenville”, a reference to the President Herbert “Hoovervilles” of the 1930’s Depression. Because the Bite Squad doesn’t deliver to Bidenville, the illegals have been roaming back and forth to get food at the mercados. Additionally, taxis and buses are continuing to drop off more illegals at the river.

The Border Patrol sent out horse-mounted agents to try to control the flow back and forth across the river. I have never been in a riot or an unruly crowd, but horses have been used for crowd control throughout history. Being up on a horse affords great visual ability and reference and the horses move quickly through large crowds.

The bloodless eunuchs on the Left saw slavery cosplay:

Cosplay slavery
So easy for them to whip black people.
How could you go to work and decide to whip immigrants and KNOW that it wouldn’t land you in jail?

Footage of Border Patrol agents on horses pushing back Haitian migrants crossing the Rio Grande to try to reach the U.S. have prompted outrage among Democrats. https://t.co/hy3BDw5ZxU

US border patrol officers appear to use whips to deter Haitian migrants in a series of shocking photographs and in a video which emerged on Monday.

It followed earlier images of a US border guard on horseback charging at migrants near a camp in Texas, Del Rio.

Some Haitian migrants have been crossing the US-Mexico border and entering Mexico’s Cicudad Acuna to buy food and water as the Texas camp is in short supply.

Later in the article, the HuffPo clarifies, sorta, kinda, maybe:

It’s thought the “whips” used against the migrants might have been long reins, which department of homeland security secretary Alejandro Mayorkas said are using to “ensure control of the horse”.

It’s called a “split rein”, geniuses. A very quick internet search like “What types of equipment does the Border Patrol use for horses?” would have been useful. But, don’t let facts get in the way of the “narrative”.

However, Mayorkas and Border Patrol Chief Raul Ortiz told reporters in Del Rio, Texas Monday that they saw nothing obviously wrong with how the agents acted based on initial viewings of the images and footage. Mayorkas explained that agents use long reins — not whips — to control their horses, while Ortiz cited the difficulty in distinguishing migrants from smugglers as people move back and forth near the river.

Additionally, swinging the reins keeps the miscreants from getting too close and hurting your horse or getting trampled by the horse. A 1300 pound horse stepping on you will hurt a lot more than the sting of a rein.

“It doesn’t matter if a Democrat or Republican is President, our immigration system is designed for cruelty towards and dehumanization of immigrants,” tweeted Rep. Alexandria Ocasio-Cortez (D-NY). “Immigration should not be a crime, and its criminalization is a relatively recent invention. This is a stain on our country.”

“This is so sick and @CBP will continue to commit human rights abuses if we don’t stop it now,” argued AOC’s fellow “Squad” member, Rep. Rashida Tlaib (D-Mich.). “Cracking a f—ing whip on Haitians fleeing hardship shows you that this system simply can’t be reformed.”

Rashida Tlaib’s potty mouth is what simply can’t be reformed.

Kamala Harris came out from hiding long enough to, yet again, throw law enforcement under the bus, or horse in this case:

Harris fully supports an investigation of what is going on down at the border. She talks about these people coming from Haiti, but many of these illegal immigrants haven’t lived in Haiti in a decade. It’s odd that Kacklin’ Kamala doesn’t know that since she has been holed up studying root causes.

Ask the Border Patrol to do an impossible job and then criticize the way they do it. That’s the elitist way.

According to KTLA, the agents have been placed on administrative leave:

Mayorkas announced later that the agents involved have been placed on administrative duties pending the outcome of an investigation. “The actions we’re taking are swift and strong, and we will take further action as the facts adduced in the investigation compel,” he said on Twitter.

In today’s press conference, April Ryan went back to the slavery cosplay story by using the word “lashing” in regards to the Border Patrol and Jen Psaki agreed:

@PressSec is still pushing the narrative that Border Patrol on horses were lashing illegals trying to break our laws! What a liar!!

I stand with the Border Patrol. The Biden Junta is responsible for all of this. Every. Last. Bit. Of. It.