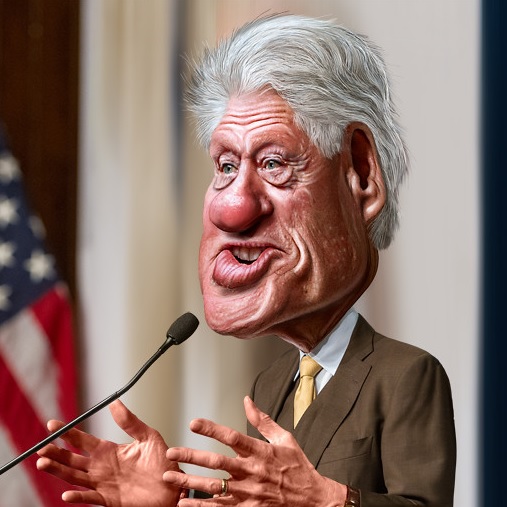 There are so many consequences that Bill Clinton has avoided over the course of his life.

Lest anyone has forgotten, Bill Clinton is an adulterer, a liar who committed perjury, a predatory boss, a sexual harrasser, an alleged but uncharged rapist, and a corrupt politician. The #MeToo era produced a slight awakening on the part of the left that Bill Clinton was someone who they probably shouldn’t have defended and championed. And then the left promptly forgot all of that because Bill Clinton is part of the past, only to be slapped across the face with the ugliness of what Bill may have done with the help of Jeffrey Epstein and Ghislane Maxwell.

And yet, the Democrats still allowed Bill Clinton to speak at the DNC, thanks to his status as a former president, and because he STILL gets a pass from Democrat WOMEN for his predatory behavior.

.@ScottJenningsKY: How is it that Bill Clinton has not been canceled…when he’s been one of the biggest violators of these rules all these years.

.@JenGranholm: How far back are we going to go relitigate this? This has already been asked and answered decades ago. pic.twitter.com/01mhdHUnqq

Bill might look old and frail and sick now, but he still has all his mental faculties. Which is good, because that must make him aware that he is living in his own personal hell.

Bill’s hell on earth is having to still be married to Hillary.

This might have had compensatory benefits if Hillary had done what everyone assumed she would do – win the 2016 election. Bill Clinton probably imagined himself as Hillary’s co-president, with all the perks of White House living but none of the responsibilities. He who imagined himself “the first black president” would have loved being able to set the standards as the first “First Gentleman” of the United States.

And then 2016 happened, and Bill and Hillary’s grift came to a screeching halt. All the power and prestige they had expected to enjoy was gone. The Clinton Foundation shut down parts of their operation and the cash flow dried up. Bill and Hillary tried a speaking tour together that was an absymal failure. They could barely sell tickets for the show. Hillary’s book and her continued running commentary about her own bitterness must be a drain on everyone who must interact with her.

And Bill is still married to her.

And he still has to be married to Hillary, and pretend that he actually gives a crap about her rantings. But sometimes, the mask slips.
https://twitter.com/DeAnna4Congress/status/1302355069795536896
Is Bill old? Exhausted? Tired of listening to Hillary rant about Russian interference and how she should’ve could’ve would’ve been president? Yes.

Bill Clinton may never face a court of law and be brought to justice for crimes that he has been accused of. But he’s still living in his own personal purgatory. He wakes up every morning still married to Hillary.

While that is not and never will be full justice for his actions, it does provide some satisfaction.

Featured image via DonkeyHotey on Flickr, cropped, CC BY 2.0