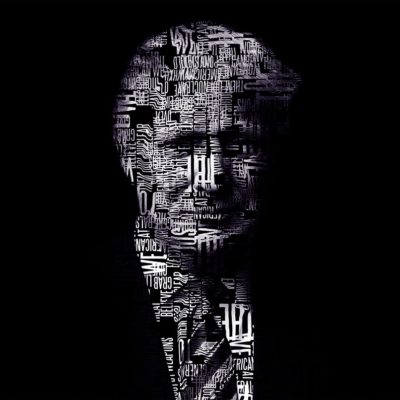 Previous post
Trump: Tillerson Is "Dumb as a Rock" 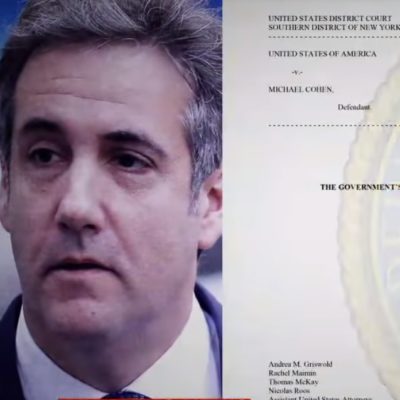 Next post
Will Michael Cohen Spend Years In Prison? 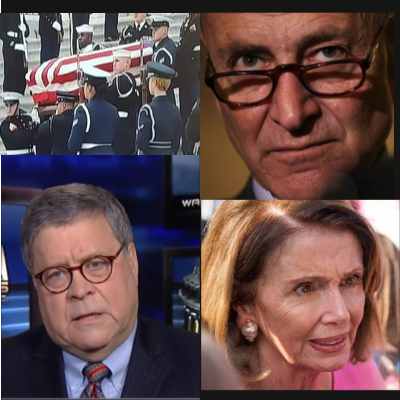 Remember way back to Thursday when the media was praising late President George. H. W. Bush and all those who had been on his team. Fox News anchors were hoping this new found comity would last. Bless their hearts. It didn’t last twelve whole hours. President Donald Trump announced he was going to name G.H.W. Bush Attorney General Bill Barr to reprise his role as Attorney General. Well children, can you guess how that played out? Too easy, right.

First batter up to the plate is the Representative from San Francisco and once and future Speaker of the House, Nancy Pelosi. She issued a statement regarding the nomination of Bill Barr on December 7, 2018, a date that will live in infamy not because of her. You can read the full text here. This is just a portion:

“The President’s proposed nomination of Mr. Barr is deeply concerning. Barr has spent the past two years auditioning for this job by stoking partisan attacks on our nation’s law enforcement community, and encouraging the President to use the Justice Department as a political weapon to pursue his rivals and undermine investigations into Trump and his family’s scandals.

“This nomination is the latest in the President’s pattern of installing partisan hacks in the highest reaches of our government who will happily do his bidding. The American people expect assurances that this nominee will ensure that justice is pursued, the rule of law is respected and the Mueller investigation will continue, unhindered by the President or his cronies.

“Partisan hacks”? Well Nancy. It takes one to know one. And, that is just a few short hours after Tweeting: 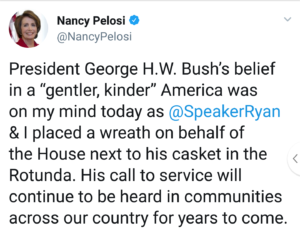 First of all, call me a cranky old cynic, but when Nancy was placing the wreath by the casket of #41, I suspect she was looking for television cameras and counting those who owed her favors in the crowd. She was taught that by her Daddy. Nancy Pelosi is known for her sharp elbows and demand for totally loyalty. Don’t get between Nancy and a television camera and be sure to vote exactly as Nancy tells you to vote, if you want to stay in office and have any power. Nancy is a partisan hack of the worst kind. I am sure that is why she sees everyone else that way.

As the umpire, I am calling Pelosi out on two strikes and a foul ball.

The next batter up to the plate is the Senior Senator from the Empire State, Chuck Schumer. The Washington Examiner reported:

“Given President Trump’s demonstrated lack of regard for the rule of law and the independence of the American justice system, his nominee for attorney general will have a steep hill to climb in order to be confirmed by the Senate,” Schumer said in a statement Friday after Trump nominated Barr. “Mr. Barr must commit – at a minimum – under oath before the Senate to two important things: First, that the Special Counsel’s investigation will proceed unimpeded, and second, that the Special Counsel’s final report will be made available to Congress and the public immediately upon completion.”

It was just days before when Chuck Schumer gave this statement on the Senate floor regarding the late President Bush #41:

It’s painful to watch that video knowing in advance that Schumer is going to turn around and be a name caller so quickly.

As an attorney in private practice, Bill Barr has used his First Amendment right to issue opinions on current political issues. Some people, Chuck, are grown ups with strong moral and ethical fiber. What one says as a private citizen and what one does when one has one’s hands on the levers of power can be separate and very different. Not like, when former AG Eric Holder said that he was President Barack Obama’s wing man. Remember that, Chuck? Did you say a word? Nope.

I am throwing Schumer out of the game for charging the mound.

Here is what the Democrats and Pelosi and Schumer don’t seem to get. When they disparage good people like Bill Barr, they are not just insulting President Donald Trump, they are insulting all Americans. They are even insulting those who didn’t vote for Donald Trump. We got your number and we know your game.

And, in the spirit of President George H. W. Bush and First Lady Barbara Bush, Ima pray for you.