Next post
Bad News for George Gascon Is Rolling In 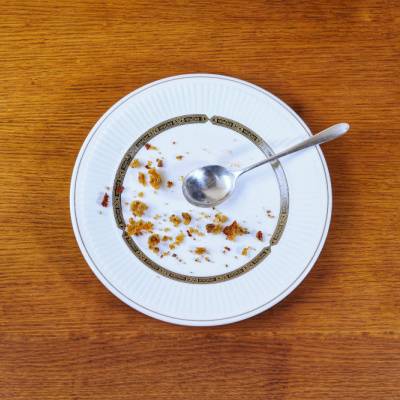 We are so screwed. Joe Biden has run the country off the road and flipped it into a ditch with the wheels spinning. Joe is suffering from a “mild” case of Covid. We have to pray that he makes a full recovery because the idea of Kamala Harris in the Oval Office is too scary to contemplate. In order to calm public fears, Karine Jean-Pierre and Covid coordinator Dr. Ashish Jha took to the podium. There, Dr. Jha bragged on how Big Boy Joe showed him his clean plate. Oh, my gawd.

The promised transparent administration has made a hash out of being clear. Every time an official steps up to a microphone, he raises more questions about Joe than there were before. According to the CDC, the exposure to symptom time for Covid is between two and twelve days with an average of 5.6 days. The White House announced Joe was sick on Thursday and he returned from his Middle East trip the prior Sunday. We all saw him close talking in every country. He violate personal space all the time. Joe Biden is a walking super-spreader for everything, including old man breath.

Joe is a Big Boy and he hasn’t stopped working for the American people. That is, even though he is a 79 year old man who has had two brain aneurysms and he is on Paxlovid. I don’t know about y’all, but even if I have a bit of a cold, I want to nap. I ain’t 79 and I haven’t had two aneurysms and I don’t walk like a zombie.

The White House put out a video of our Big Boy zooming about gas prices “cratering” with his staff. Let’s take a look:

COVID-infected Joe Biden reaches for a cough drop as staff talk to him via video about high gas prices pic.twitter.com/qKItD0QAiu

Charles Spiering noted that Joe reached for a bag of cough drops. I saw far worse than that. I saw an unengaged old man with dead eyes who has no idea of where he is or why he is there.

Dr. Ashish Jha was on Good Morning America to tell us Joe is doing just fine:

Double vaxxed and double boosted. And, he still got Covid? Don’t even get me started.

But, but, but the worst was when Dr. Jha told us that Joe at his breakfast and lunch and showed the doctor his plate like the Big Boy he is.

UPDATE: Joe Biden took his nap and ate his food like a big boy. He even showed his handlers that he made a happy plate!!

"He actually showed me his plate!" pic.twitter.com/DizyV4ndSP

OH MY GAWD. We are so screwed. Do these people hear themselves. Karine Jean-Pierre to the right of Dr. Jha pipes up, “He did.” He did. He showed the doctor his clean plate. Can you imagine them being proud to tell the story?

When my late, beloved father in law was in his early 80’s. He broke his ankle. He had been on the roof of the house sweeping out the gutters. He came down to prune a bush and stepped badly. When we got him to the hospital, the nurse, with a very condescending tone, asked him if he could still drive. After fixing her with a look that could turn her to stone, he said, “No, the bone is sticking out of my ankle.” He wasn’t going to give her the satisfaction.

Our Big Boy Joe was quite proud to show off his clean plate because he isn’t there anymore. Pray for Joe’s health. Think about Kamala and pray.