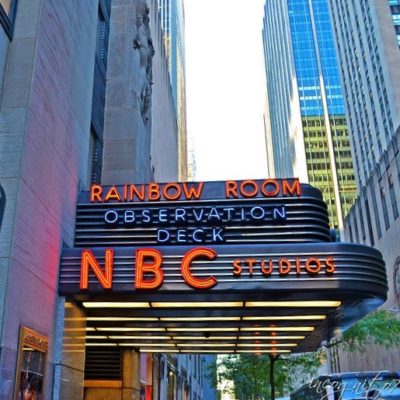 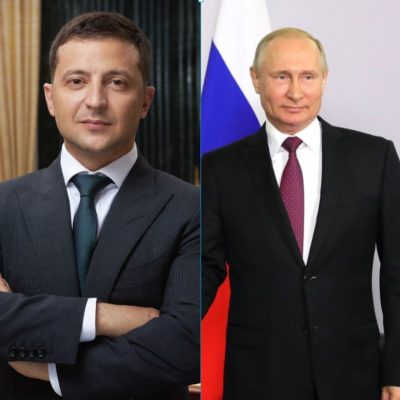 Next post
Zelensky Wants Direct Talks With Putin To Negotiate

This isn’t exactly a “red pill” moment – it’s more like a “broken clock is right twice a day” moment.

But when reliably leftist voices in comedy news formats – which people do watch – start pointing out that Joe Biden is weak, even in the context of a slam on Donald Trump, it means that reality is beginning to break through. And if reality does begin to sink in for the audiences of “The Daily Show” and they begin to ask hard questions about the senile old man in the White House, then the Democrats are in deeeeeeeeep trouble.

It has been an inescapable fact for a long time now that presidents own their foreign policy. It’s the one area where they get almost free reign to implement their ideas. Unless a treaty needs ratification from the Senate, it’s an area that Congress doesn’t get to have much oversight, except for controlling the purse strings. This is why Biden owns Afghanistan and all the subsequent disasters. This is also why Biden will end up owning the West’s reaction to Ukraine, and the fallout from the oil prices skyrocketing. Sometimes, the pain is the point, and everything that Biden said during the campaign is coming back to bite him right on the ass.

Can’t believe gas prices are skyrocketing under the guy who vowed to punish the oil industry https://t.co/RcWm7gBGGk

With Congress moving faster to block Russian oil imports than Biden wanted to move, Grandpa Joe’s new solution is to ask OTHER countries to do the drilling for us! You know, like Venezuela and Saudi Arabia! Well, Venezuela is just as problematic as Russia, and apparently Saudi Arabia won’t take phone calls from Joe Biden.

Saudi Crown Prince Mohammed bin Salman and the U.A.E.’s Sheikh Mohammed bin Zayed al Nahyan both declined U.S. requests to speak to Mr. Biden in recent weeks, the officials said, as Saudi and Emirati officials have become more vocal in recent weeks in their criticism of American policy in the Gulf.”

“There was some expectation of a phone call, but it didn’t happen,” said a U.S. official of the planned discussion between the Saudi Prince Mohammed and Mr. Biden. “It was part of turning on the spigot [of Saudi oil].”

Mr. Biden did speak with Prince Mohammed’s 86-year-old father, King Salman, on Feb. 9, when the two men reiterated their countries’ longstanding partnership. The U.A.E.’s Ministry of Foreign Affairs said the call between Mr. Biden and Sheikh Mohammed would be rescheduled.”

And this set off “The Daily Show” host Trevor Noah. In a shocking “broken clock” moment, Noah had an epiphany – the Saudis would never have declined a call from Trump!

In a blistering commentary on Wednesday night’s Daily Show, Noah called out the president for getting totally snubbed in his efforts to secure relief on oil prices.”

“Look, I know it’s hard to arrange those calls. You know, Riyadh is eight hours ahead, Biden is asleep by 4 p.m., it’s a narrow window to make it work,” Noah joked. “But still, that must have been really embarrassing for Biden. Can you imagine? He phones them and they don’t pick up?”

Noah pointed out that the White House is denying the story, but said that the president’s lack of success dealing with the Saudis is inarguable. So too, in his view, is the idea that former President Donald Trump would have fared better.”

“There is no denying that Saudi Arabia isn’t playing ball with Joe Biden,” Noah said. “And you know what? You can say what you want, but this would have never happened to Donald Trump. Never.”

Yeah, it’s a backhanded slam against Trump. But it’s an open palmed slap to Biden, who is going to have to get used to be compared unfavorably to his predecessor when it comes to energy policy as well as foreign policy, and his weakness on the world stage. And you know who else is openly saying that? Bill Maher.

Talk show host Bill Maher closed out his Friday night program by saying it’s “worth asking” why Russian President Vladimir Putin invaded Ukraine during the Biden presidency, not while former President Donald Trump was in office.”

“Okay, but if Putin thought Trump was really that supportive of him, why didn’t he invade when Trump was in office?” Maher asked, adding: “It’s at least worth asking that question if you’re not locked into one intransigent thought.”

Even war in Ukraine has just become another chance to graft our agenda onto someone else's pain. Don't make World War 3 all about you. pic.twitter.com/dHlJ5vjKZ8

Uh-oh. We’re only 14 months into the Biden administration and if you look at the poll numbers, no one is happy. If Trevor Noah is joining Bill Maher in the “independent thinking” department a couple of times a day, then their audiences might start asking questions about Biden and his policies. And if people start paying attention – REALLY paying attention – to what Biden said during the primaries, now that the price at the gas pump is causing them actual pain, then it’s little wonder that the Democrats are panicking and wondering how to connect with voters again. Biden ran on “America will be respected again” if he was elected. Instead, he’s turned into a weak punchline that few countries currently respect. And if the left is noticing it, then how do you think independents are planning on voting in November?