Previous post
Seattle: Riots Are Bad With Biden In Charge

Next post
Mitch McConnell Shivved Us All In The Back 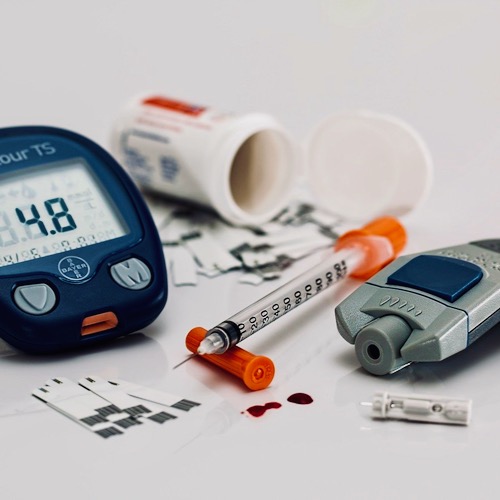 Insulin and Epipen prices are going to rise again. Biden put a freeze on the rule President Trump imposed that would’ve capped insulin and epipen prices.

“The HHS Thursday froze the former Trump administration’s December drug policy that requires community health centers to pass on all their insulin and epinephrine discount savings to patients.

Centers that don’t pass on the savings wouldn’t qualify for federal grants. The rule, which was finalized in late December, is delayed until March 22, the Department of Health and Human Services said in a Federal Register post.”

Can you imagine how much that would help the elderly? A huge amount of savings that would mean a positive impact upon their budget and their living situations! For all seniors, the costs of prescriptions such as insulin, something that is needed EVERY SINGLE DAY, currently take a huge chunk out of their monthly budget. A 66% savings would be so incredibly beneficial.

With one stroke of a pen, Biden dropped the hammer on the price caps and savings discounts. This freeze is being touted as beneficial because the price cap rule needs to be scrutinized. Scrutinized for what? Oh, I see. If any of President Trump’s orders raise “fact, law, or policy” concerns, then the rule goes out the window and it’s back to price-gouging.

Epipens are manufactured by one company, Mylan NV. It’s a prescription only medication that is vital to those with severe allergies. However, unless you are able to find the generic that is a 2-pack costing approximately $110, the actual price point of an Epipen is nearly $700. That is for a two-pack only. And quite a number of insurance companies do not cover some or any of the cost.

People with diabetes who need insulin whether by pill or injection utilize insulin on a constant basis. As pointed out above, having costs of that go up on a continual basis has led diabetes sufferers over the years to gamble with their health by eking out their dosages because they can’t afford to purchase insulin every month.

President Trump sought to alleviate that burden and work to keep Americans healthy and safe. He sought to keep Big Pharma for price-gouging to the detriment of American health.

““President Trump has already done more than any other President to lower drug costs,” said HHS Secretary Alex Azar. “No President has ever taken action on drug prices as bold as any one of today’s individual actions. Today’s executive orders will deliver billions of dollars in discounts directly to patients at the pharmacy counter, safe low-cost imported drugs for Americans, the best deals for America on highly expensive drugs, and direct discounts passed on to patients on important drugs from community health centers. The President’s new efforts to cut drug costs are about making it affordable for American patients to be in control of their own health, their own healthcare choices, and the care they decide on with their own doctor.””

The Biden Administration sent a major signal on Wednesday that American health is not their priority.

This is NOT a partisan issue and will harm Americans.

“This investigation makes clear that consumers are the only ones losing out in America’s broken drug pricing system, since every part of the pharmaceutical supply chain benefits from higher list prices,” Wyden said in a statement.

The report found that Novo Nordisk and Sanofi — two of the largest insulin makers in the U.S. — would closely monitor the other’s prices and match or top any price increases, sometimes within hours or days of each other.”

This freeze is also very concerning for another reason. I wouldn’t put it past the Biden Administration to magically find that there is some negative “fact, law, or policy” concern in place with President Trump’s executive order. Thus ensuring the freeze is permanent.