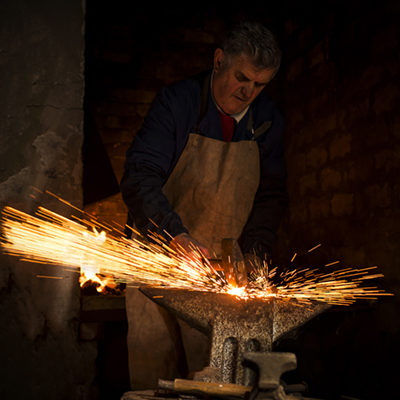 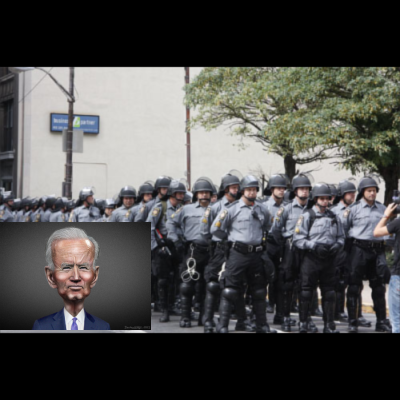 NBC News is reporting that Joe Biden is expected to sign an Executive Order on Police Reform since recent efforts in Congress have stalled. The Biden Junta hopes that this Executive Order (EO) will shore up faltering support among Black voters. Likely the policing EO will also give Biden an opportunity to rant against Donald Trump, always popular with the Left, insult half of America, shout for no reason and pound the little mini-desk in his fake Oval Office set.

The good news is that at least most of the Lefty Moonbats have stopped shouting “Defund the Police”. The bad news is that there has been absolutely no effort at bipartisan negotiations on real police reforms. A year and a half ago, South Carolina Senator Tim Scott wrote a not perfect bill with some police reforms. When the Democrats wouldn’t take up Scott’s bill, he said it was because the Dems cynically wanted the issue, a divisive racial issue. Read Deanna’s post here.

In 2020 and 2021, the Democrats have failed to move on the “George Floyd Justice in Policing Act”. Creepy Joe Bidenf has failed at absolutely everything he has touched (energy, supply chain, Afghanistan, to name a few) and he got a new dog last month. So what’s a failed President to do? Sign an Executive Order, that’s the ticket.

Not that I think Joe Biden remembers what his positions used to be, but he once was considered strong on law enforcement. From NPR July, 2021:

For years, Biden was a loyal ally to law enforcement, dating back to his days in the Senate when he crafted the 1994 crime bill with their direct help.

But while Biden may know the issue, the issue itself has changed with mounting calls for more accountability among police officers in the aftermath of George Floyd’s killing.

Now, Joe’s poll numbers are cratering and he desperately needs a win. Hence, the expected EO on Police Reform. As NBC reports:

President Joe Biden is planning to sign executive actions on police reform as early as this month, three people familiar with the plans said, as his administration seeks to unilaterally jumpstart an issue that’s a top priority for a key constituency.

The executive actions would follow Biden’s uphill battle to advance voting rights legislation, and could coincide with a similar effort by some Democratic lawmakers to revive the George Floyd Justice in Policing Act, which stalled on Capitol Hill after failed attempts to craft a bipartisan measure.

The focus on police reforms is part of what appears to be a last-ditch effort by the Biden administration to take action on some of the president’s signature initiatives in the run-up to his State of the Union Address on March 1. In addition to voting rights and policing, the White House and congressional Democrats are considering ways to resurrect Biden’s Build Back Better package, either by paring back the legislation or separating it into two bills, according to three sources familiar with the discussions.

The Squad already threatened Biden about breaking up Build Back Better and they don’t play. If Biden doesn’t sign the police EO, he will have nothing but failures to talk about in his March 1 State of the Union Address. Sweet Baby Jesus, that’s going to be awful anyway.

But, wait, there is more:

Two people familiar with the discussions said the White House could roll out the executive actions to mark the beginning of Black History Month in February.

Biden also is expected to use the moment to criticize former President Donald Trump, the people familiar with the discussions said. The president was sharply critical of Trump during a Jan. 6 anniversary speech and again on Tuesday while giving remarks on voting rights.

Yes, the old racist Biden will get a twofer. Black History Month and swatting Trump.

The EO signing will be a combination of the fake office with the teeny desk and the odd yelling like in this video about fewer democracies:

The Police Reform EO will be like everything else Creepy Joe has done: a failure and likely extra Constitutional.