Previous post
Andrew Cuomo Is No Longer Useful To Democrats 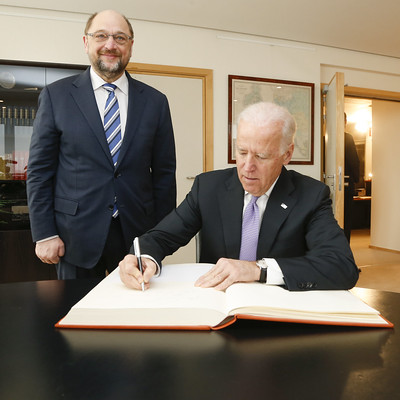 Do you remember the scene from the old movie “The Ten Commandments” when the pharaoh Rameses struck Moses’s name from every edifice in Egypt? Joe Biden is doing much the same with President Trump’s executive orders. On Wednesday he revoked even more of them — seven, to be exact.

His explanation? The White House gave none.

One of the orders that Biden revoked is one that you probably didn’t know about: an order called “Promoting Beautiful Federal Civic Architecture.” So what’s wrong with beautiful architecture?

All The Things are wrong with it, if Trump promoted it. You know the rules.

In his original order from December of 2020, President Trump said that federal building “should uplift and beautify public spaces, inspire the human spirit, ennoble the United States, and command respect from the general public.” Thus, he wanted architects to design buildings in the classical style, much like the Capitol Building, the White House, and the Lincoln Memorial. 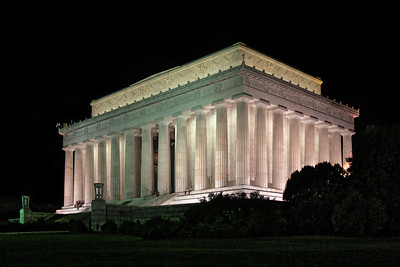 So what would be wrong with designing federal buildings in the classical style? There are few structures in the nation which are as awe-inspiring as the Lincoln Memorial, pictured above. I visited the memorial on a very cold day at Christmastime last year. No matter how many time you’ve seen pictures of it, there is nothing like experiencing the grandeur of the building in person.

Yet there are those — modern architects, mainly — who love those Soviet-style block monstrosities. And they hate the Trump order. As Robert Ivy of the American Institute of Architects said:

“Though we are appalled with the administration’s decision to move forward with the design mandate, we are happy the order isn’t as far reaching as previously thought.”

Now he doesn’t have to worry about it. Joe Biden revoked Trump’s narrow-minded, reactionary order.

That’s just one of the orders Biden revoked on Wednesday. He also reversed Trump’s actions singling out the cities of Seattle, Portland, New York City, and Washington, DC, for the riots which broke out in those locales.

Trump had issued a memorandum seeking to identify city governments that permitted “anarchy, violence and destruction.” Remember how Seattle Mayor Jenny Durkan called her city’s chaos the “summer of love”? Trump called it “anarchist,” and thought that he might withhold federal dollars instead.

But on Wednesday Joe Biden gave those cities a break. Seattle city attorney Pete Holmes said he was “glad to have this nonsense cleared from the decks.” Not the nonsense from the rioting, mind you.

Joe Biden didn’t stop there. He cut Trump’s order called “Core Principles for Regulating the United States Financial System.” Its first goal? To “empower Americans to make independent financial decisions and informed choices in the marketplace, save for retirement, and build individual wealth.” Encouraging citizens to be financially independent, without the government? This shall not stand!

He also cut an order from April, 2018, which sought to reduce poverty. How? By improving economic independence. Trump also sought to cut wasteful spending within federal programs. What does Joe Biden have against that? Short answer: it would reduce bloated programs that Democrats love.

Another memo on Biden’s chopping block was a Covid-related order that directed federal agencies to provide exemptions from some regulations, especially for small businesses. The goal was to support economic recovery.  But Donald Trump promoted it, so it’s gotta go.

Finally, the biggest reversal of the day was Joe Biden lifting the ban on some green card applicants from entering the US. Trump had placed the ban last year, saying that it was needed to protect American workers during the pandemic:

“By pausing immigration, we will help put unemployed Americans first in line for jobs as America reopens. . . It would be wrong and unjust for Americans laid off by the virus to be replaced with new immigrant labor flown in from abroad. We must first take care of the American worker.”

“It also harms industries in the United States that utilize talent from around the world.”

Forget American workers who may just be returning to work after Covid-layoffs. Gotta bring in that “talent from around the world.”

This is about bringing in as many immigrants as possible. It also echoes Biden’s plan to provide an eight-year path to citizenship for people living illegally in the US. The thinking is that all those newly-minted, perhaps illegal Americans would become faithful Democrat voters.

So Joe Biden continues to chop away at Trump’s legacy. Does he consider the consequences of what he’s doing? Rather he burns with such hatred for Trump that he, like the Egyptian pharaohs, seeks to erase Trump’s footprint from American history.