Previous post
Uvalde: Fire All The Cops Except One 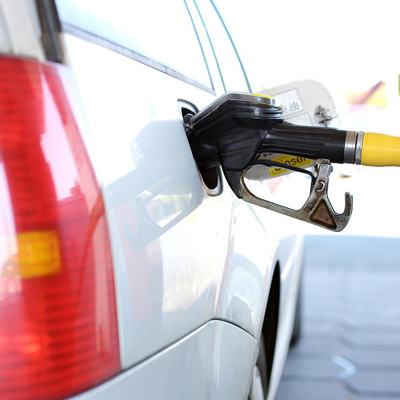 On Wednesday afternoon, Joe Biden called for a three-month holiday on federal gas taxes. The tax suspension would amount to … drum roll, please … about 18 cents per gallon for gasoline and 24 cents for diesel. Biden called it “just a little bit of breathing room.”

Yup, that’s about it — it’s just a little bit and not much more, since the federal tax accounts for less than 5% of the total cost of gas. Even the New York Times said that “Americans might not even notice its absence.”

But Biden went ahead anyway:

“I fully understand that the gas tax holiday alone is not going to fix the problem. But it will provide families some immediate relief. Just a little bit of breathing room as we continue working to bring down prices for the long haul.”

Hallelujah, our crops are saved! And we’ll have a Merry Christmas, too!

In his speech, the president fired back at criticism that he was to blame for the rising gas prices. He’s not restricting domestic oil production — that’s just “nonsense.”

But guess whose fault it is that you’re paying so much at the pump. Of course, it’s Putin’s fault! And he wanted to make sure the companies who run the gas pumps know that, too. So they should lower their prices, otherwise they’re not patriotic or something. Biden also used his breathy voice so they knew he meant business.

"This is a time of war. Global peril. Ukraine. These are not normal times. Bring down the price you are charging at the pump to reflect the cost you are paying for the product. Do it now. Do it today." pic.twitter.com/1SCACLd8YO

And as for Republicans who might oppose his Brilliant Plan — well, they’d better support it, or else they hate Ukraine.

How bad is it for Joe Biden when even the cheerleaders at CNN were less than impressed with his gas tax holiday plan? Like business analyst Matt Egan, who calls the idea “a gimmick:”

“First, a gas tax holiday would do nothing to fix the supply shock driving up prices, not just for gasoline but diesel and jet fuel, too.”

“Secondly, it would push demand in the wrong direction …. Suspending the gas tax also would effectively encourage the use of gasoline — running counter to the Biden administration’s ambitious climate goals that call for moving away from fossil fuels.”

And how would that help Biden’s plan to move to electric vehicles, come hell-or-high-water?

In addition, Egan also pointed out that the gas tax serves a purpose: it goes to the Highway Trust Fund, which oversees infrastructure maintenance. So now Biden wants to throw infrastructure under the bus, after bleating about how we need to fix our roads and bridges?

Even Energy Secretary Jennifer Granholm admitted there would be problem with cutting the gas tax, as she said on CNN “State of the Union” on Sunday:

“Well, I mean, part of the challenge with the gas tax, of course, is that it funds the roads. And we just did a big infrastructure bill to help fund the roads. So, if we do — if we remove the gas tax, that takes away the funding that was just passed by Congress to be able to do that.”

And guess who else thinks this is a boneheaded idea? None other than Jason Furman, the chairman of the Council of Economic Advisers under President Barack Obama, who said:

“Whatever you thought of the merits of a gas tax holiday in February, it is a worse idea now.”

Obama Once Called a Gas Tax Holiday a Gimmick

In 2008, when both John McCain and Hillary Clinton proposed a gas tax holiday, then-candidate Barack Obama called it an “election-year gimmick.”

“The easiest thing in the world for a politician to do is tell you exactly what you want to hear.”

Let’s take a trip back, shall we?

And now Joe Biden is doing just that — throwing a gimmick to voters because he and his party are desperate to avoid the red wave which is cresting and soon swallow them whole in November.