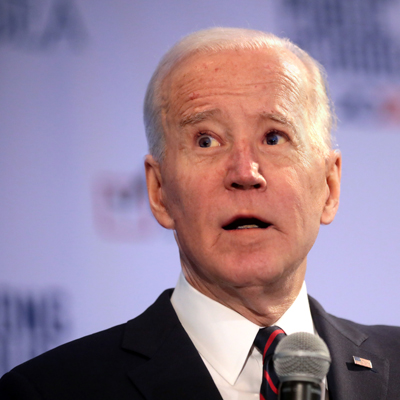 We conservatives told you. We knew that Joe Biden wasn’t mentally up to the rigors of the presidency, but the media wouldn’t believe us. Just as long as they kicked the Bad Orange Man out of the White House, then everything would be fine.

Yet now, after Wednesday’s shocking display of Biden’s cognitive dysfunction, even the media is finally waking up.

Biden Forgets That a Congresswoman Has Died

By now you’ve probably seen this, and if you were like me, you whispered to yourself Oh dear Lord!

On Wednesday Joe Biden was hosting a conference at the White House on hunger, nutrition, and health. There was nothing particularly earth-shaking on the agenda, no fist-shaking quasi-dictator speech decrying “MAGA Republicans.” No, this was going to be a benign address.

That is, until the president began looking for a congresswoman who had died in August due to an auto accident.

Biden’s notes, or more likely, his teleprompter, had instructed him to honor the late Rep. Jackie Walorski (R-IN), who had been co-chair of the House Hunger Caucus. The White House was also set to play a video tribute to the late congresswoman.

However, Biden called out for Walorski during the speech. “Jackie, are you here? Where’s Jackie?” Then he began to look around the room for her.

The WH was going to play a tribute video to her during this event. pic.twitter.com/FXZKmqEBW0

It’s not like the White House didn’t know about Walorski’s death. In fact, on August 3, the WH released an official statement from President Biden on her passing. It began:

“Jill and I are shocked and saddened by the death of Congresswoman Jackie Walorski of Indiana along with two members of her staff in a car accident today in Indiana.”

But friends, there’s more. Not only did Biden make that shocking gaffe, but think of those times when First Lady Jill Biden had to show him which way to go after he left the podium. And he still looked confused.

NOW – Jill to Joe Biden: "You go down this way."pic.twitter.com/oOlys2oLW4

Ladies and gentlemen, I give you the President of the United States.

Karine Jean-Pierre Tries to ‘Splain It All Away

After this major mental malfunction, WH Spokesperson Karine Jean-Pierre tried to explain Biden’s blooper away. She said that not only was the president aware of Walorski’s death, but he was also scheduled to meet with her family:

“The president was naming the congressional champions on this issue and was acknowledging her incredible work. He had already planned to welcome the congresswoman’s family to the White House on Friday — they will be at a bill signing in her honor this coming Friday. So of course, she was on his mind. She was top of mind for the president.”

Nothing wrong with Joe Biden. Walorski was “top of mind,” that’s all.

Except some members of the White House press corps didn’t swallow that explanation for a minute.

One reporter asked “Why was [Biden] looking for [Rep. Jackie Walorski]?” To which she replied:

Yet they still peppered her with questions, leaving her frustrated and a bit cranky that they didn’t buy the bullshit she was shoveling.

Reporter: “Sorry I have to do this but I’m compelled to ask you to go one more time back to the question of Rep. Walorski.” Jean-Pierre: “I’m not sure why? Why?” Reporter: “The memory of her and history requires some clarity.” Jean-Pierre: “You’re jumping to conclusions.”

But the prize for best comment goes to James Rosen of Newsmax who uttered this gem:

“Karine, I have John Lennon top of my mind just about every day, but I’m not looking around for him anywhere.”

I almost feel sorry for Karine Jean-Pierre. Almost, that is.

Remember that time when Donald Trump walked slowly down a ramp at West Point?

Donny Trump walks down a ramp like a toddler walks down stairs. #ToddlerInChief #Rampgate pic.twitter.com/NFq7F3F55P

The media were ready to dust off the 25th Amendment to have the 45th president removed for disability. Never mind that there is a simple explanation: the ramp was damp, and Trump probably wore shoes with leather soles. And if you’ve ever worn shoes with leather soles, you know they don’t have the traction of a sneaker — a shoe that Trump would probably never wear to such an event.

The media, however, ignored Biden falling on the stairs of Air Force One, not once, but three times. Ho hum, it’s happened to other presidents, they said.

They also paid no mind to Joe Biden falling off his bike in Delaware. Hey, he at least rides a bike, unlike his fatty predecessor!

Or those times when he wanders around a stage, trying to shake a phantom hand. Or forgets names, or stumbles over words. Mere senior moments! the media has declared. Why Joe Biden is mentally as fit as anyone!

Except now it seems that the scales have fallen off the eyes of the media. At least we hope.

For example, the New York Times — the New York Freakin’ Times! — published an article that went out as a news alert, entitled:

“Biden Asks Where Dead Congresswoman Is”

And when you’ve lost rock ‘n roll, liberal Rolling Stone, then you know the media is finally admitting, Houston, we have a problem.

Don’t get me wrong — I don’t think the media would ever support another term of Donald Trump should Joe Biden run again for president. Nor would they throw their weight behind Ron DeSantis. Instead, what they’ll do is prop up another Democrat candidate — Gavin Newsom, perhaps — to run in 2024, and throw the ailing Joe Biden to the side. The media would rather have their lips sewn to the carpet than to endorse a Republican for president.

But in the meantime the nation suffers not only from Biden’s insane policy prescriptions, but from sheer embarrassment at having this dementia-addled man at the helm.