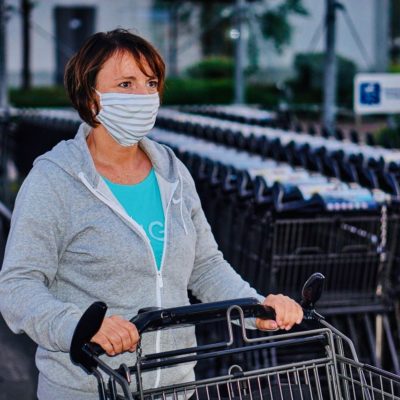 Next post
Houston Police Push Back Against Mandatory Mask Ordinance 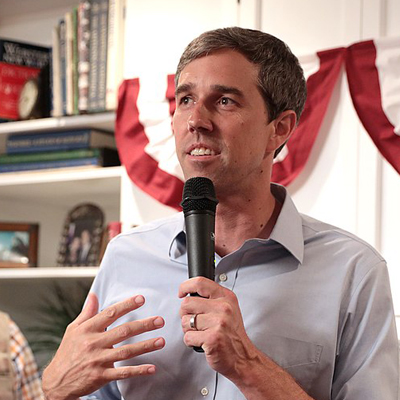 On Wednesday, President Trump issued an executive order, halting immigration for 60 days, after which his administration would re-examine the policy. Sounds logical, but Beto O’Rourke flew into a Twitter rage. He also managed to insult both immigrants and Americans at the same time.

The President first announced the proposed halt on Twitter, and gave more details at his coronavirus presser on Tuesday.

This ban is hardly draconian. In fact, it largely affects people trying to obtain the green card that indicates permanent residency. But it doesn’t ban temporary workers, such as farm workers or landscapers. It also provides exceptions for health care workers or immigrants entering the country via immediate family members.

In addition, a recent poll from Harvard/Harris shows that the majority of Americans favor a temporary ban on immigrants. The poll even includes 75% of Mexicans. And if you’re wondering, yes, Trump does have the authority to restrict immigration, according to a 2018 Supreme Court decision.

However, Beto O’Rourke became angry. In fact, he became f*cking angry. So he tweeted his rage in a tweet, complete with one of his signature F-bombs.

Who the fuck do you think is working on the farms and feed lots, in the packing houses and processing plants at a time where we are struggling to feed ourselves? Who is in the kitchen? Who is picking, preparing, serving the food we eat and cleaning up afterwards?

So where the f*ck does Beto get off thinking that only immigrants will work on “farms and feed lots, in the packing houses and processing plants”? Furthermore, why does he think only immigrants are in the kitchen cooking for his family and cleaning up after them?

Racist much? Your white privilege is showing, Robert Francis O’Rourke. And by privilege, I mean real privilege — the kind that comes from being born into the family of a Texas judge and which allowed O’Rourke to attend boarding school in Virginia. It’s also the privilege that comes from marrying the daughter of a billionaire real estate developer. It’s the entitlement of having a net worth estimated to be between $10 and $15 million.

Beto has been living in rarefied air for so long that he thinks only certain people perform what he sees as lowly tasks. Only Hispanics harvest the fields for wealthy farmers. Only Hispanics work in household kitchens.

Or maybe he thinks that as Texas opens up again, he won’t be able to skateboard into a Whataburger and order a hamburger because there won’t be a Mexican immigrant kid taking his order.

As if the rest of us don’t prepare our own meals or clean up after ourselves, or that small farmers don’t harvest their own fields or care for their livestock. Or that native born Americans don’t work in packing plants. And has Beto ever watched “Deadliest Catch?” If I remember correctly, the guys manning those dangerous fishing boats were. . . wait, for it. . . white Americans.

Yet did Beto ever consider that with 22 million Americans out of work, they’d be happy to fill those jobs just so they can pay the rent? Not all Americans have the elitist mindset of Robert Francis.

But Beto didn’t stop with insulting immigrants. No, he went Sideshow Bob and stepped on another rake.

This time he insulted regular Americans.

And what about the scientists and doctors who will come up with the cures and vaccines? You better believe many of them will be immigrants.

Because what. . . regular Americans aren’t capable of developing the “cures and vaccines”? We won’t be able to conquer this virus using our own American-born brain power?

Let’s review a little history, shall we? Jonas Salk, who developed the polio vaccine, was born in New York City. Salk also helped to develop the first vaccine for influenza, along with Thomas Francis, Jr., a microbiologist from Indiana. And then there was Maurice Hilleman, who developed more than 40 vaccines, including measles, mumps, hepatitis A, hepatitis B, meningitis, pneumonia, Haemophilus influenzae bacteria, and rubella. While you’ve probably never heard of Hilleman, he’s known as the 20th century’s leading vaccinologist.

Oh, and before I forget — Hilleman was born and grew up on the plains of Montana.

But according to Beto, we need to have “scientists and doctors” come in from other countries to show us Americans how to do things. Talk about insulting.

Beto O’Rourke’s fifteen minutes of the 2020 election season are over. At this point his comments are more pathetic than insightful. And if he won’t be able to hire another Mexican maid to work in his kitchen, maybe he should just go in there himself and make his own damn sammich.