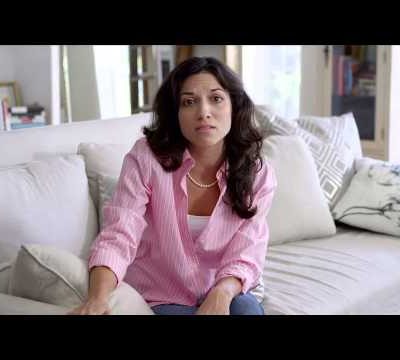 by Donna Miller in Headlines 3 Comments

This post may seem like an advertisement of sorts, but I feel compelled to share with fellow patriots what I was privileged to experience a few days ago. I have no affiliation whatsoever with the institution about which I write, other than what I mention at the end. Those who read this post to the end will be offered a free, priceless gift which, if accepted, will undoubtedly open their eyes to the richness that underpins our Nation’s history as a freedom-loving people.

Several years ago I became aware of a small private institution of higher learning called Hillsdale College. Founded in Hillsdale, Michigan in 1844, Hillsdale College recently began holding an annual celebration on or around the time of Constitution Day (September 17). This year the day of commemoration was held on Thursday, September 18, in Washington, D.C., at a hotel on Pennsylvania Avenue, just blocks from the White House. I was fortunate to be invited to attend the day’s events, which culminated in a lovely banquet that evening. All of the events were free of charge to attendees. I cannot remember when I last enjoyed myself as much on an intellectual level and in the company of so many fellow freedom-loving patriots.

Larry P. Arnn, President of Hillsdale, captivated the audience twice during the day: once when he passionately debated the merits of pursuing an Article 5 Constitutional Convention and a second time when he gave an emotional description of how Hillsdale College’s commitment to liberty preceded the Civil War and has persisted throughout the many intervening decades. As its website states: “Hillsdale was the first American college to prohibit in its charter any discrimination based on race, sex, or national origin. Associated with the anti-slavery movement from its earliest days, it attracted to its campus anti-slavery leaders such as Frederick Douglass and Edward Everett, who preceded Abraham Lincoln at Gettysburg.”

I could go into great detail about the scholarly presentations given by Michael Farris, Jonathan Turley, John Yoo, Kevin Portteus, and Bret Stephens, but I would not be able in this short blog post to do justice to their reflections on the fundamental importance of our Constitution. Michael Farris enthusiastically debated Arnn on whether an Article 5 Constitutional Convention is possible, while Turley, Yoo and Portteus formed an expert (and entertaining) panel that discussed “The ‘Imperial Presidency’  and the Extent of Executive Power Under the Constitution.” At the banquet Thursday night, William J. “Bill” Bennett was the keynote speaker. Bennett, who served as Secretary of Education under Ronald Reagan and hosts a radio program called Morning in America, eloquently summarized what has transpired over the last thirty years and delivered powerful remarks to end the day.

While all of the presenters were thoroughly engaging, my personal favorite was The Wall Street Journal‘s Bret Stephens. The lunch speaker provided an insightful look into “The Foreign Policy Divide in the GOP.” His reference to Kelling and Wilson’s 1982 article on the “broken window theory” provided food for thought to accompany the dining experience. Although Stephens spoke from prepared remarks, one of the most intriguing moments came when he was asked by an audience member about Obama’s foreign policy. Stephens said that it was not an accident that, shortly after Obama went to Estonia earlier this month to say nothing more than, “We’ve got your back,” an Estonian intelligence officer was kidnapped and taken to Moscow and paraded in the streets. “Putin exploits his opponents’ weaknesses,” said Stephens. “He knows Obama is vain and weak. And he knows he has two more years with no American adversary.” When asked what he would recommend the United States do to counter Putin’s brazen tactics, Stephens did not miss a beat when he rattled off his four top strategic moves:

1) Get out of the Stark Treaty and INF treaty and start rebuilding military spending;
2) Impose sectoral sanctions against Russia , such as in the financial sector;
3) Since Putin’s regime is based on support from a small group, find out where their money is and seize the assets, wherever they are; and
4) Arm Ukraine.

If Stephens ran for office in November, this blogger would have his back.

Also contributing to the amazing work of Hillsdale is the Kirby Center, Hillsdale’s Washington campus, under the direction of Matthew Spalding. Interested attendees were taken by bus from the hotel to the Kirby Center, a mile or so up the street, for a tour of this gorgeous, recently renovated structure. Three adjacent town houses in the shadow of the Capitol have been converted into an incredible facility that houses meeting rooms, offices and classrooms for students who intern in Washington for a summer and/or a semester. I was in complete awe as we were welcomed and treated like royalty during the tour of the four story structure. It is no accident that this institution is located directly across the street from another indispensable resource for conservatives in Washington, the Heritage Foundation. Any patriot who visits Washington, D.C., should add the Kirby Center to its list of sites to visit. Amazing work is being done there to help bring knowledge of the Constitution into every household in America.

As promised at the outset, I now offer you a gift that has the potential to enhance your future immeasurably. Hillsdale College generously offers free courses on the Constitution to interested persons. These intensive, 10-week programs are unmatched in their content and in the reputable instructors who teach them. I took their basic course on the Constitution several years ago. You can sign up now for the next series of the program that starts in a few days.

I greatly admire and respect the desire of Hillsdale and other academic institutions to equip Americans with the most basic weapon in our arsenal to fight against liberal insanity and religious fanaticism. Knowledge of our nation’s Constitution is the single most important thing that we can teach our children.

Lastly, I was reflecting yesterday on how this month of September began with the great emotion that comes with remembering the anniversary of September 11, 2001. There has been much speculation over the years on why the murderous Muslims chose 9/11 as the date to attack. Many say it is the fact that 911 is our emergency call number. That could well be. But if the terrorists had really wanted to choose a date that has significance in our history, they would have waited six days until September 17, our Constitution’s birthday. Muslim extremists hate the freedom that our Constitution protects. They hate everything for which it stands. This precious document that protects our liberties and provides our fundamental governmental structures must be defended at all costs. We must be willing to die to protect it for posterity. 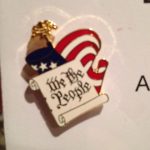 Perhaps the 9-11 terrorists were ignorant of the significance of September 17. Or, more likely, they knew that most Americans are ignorant of this date. You and I can begin to make a difference in wiping out that ignorance. Join me in taking this course on the Constitution, and then together we can convey its precious history and profound importance to all whom we know.