Next post
Where in the World is Carmen ... er ... Kamala Harris? 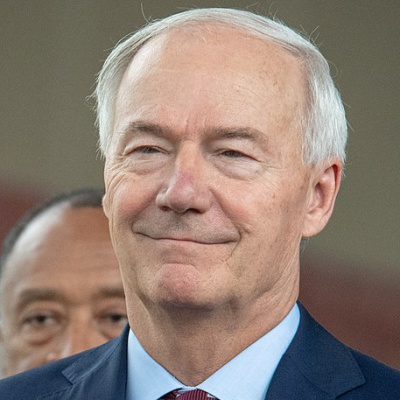 Poor Asa Hutchinson, I almost felt sorry for him in his “interview” with Tucker Carlson, on the one hand. On the other hand, it was yummy delicious watching Tucker’s face and Hutchinson’s anger. The Arkansas Governor was well over-matched.

In case you missed it, last night, Asa Hutchinson went on Tucker Carlson tonight to discuss his veto of the S.A.F.E Act. S.A.F.E. stands for Saving Our Adolescents From Experimentation and forbids hormone treatments and chemical castration in children who claim to be transgendered. You can read the full text of Arkansas HB1570 (S.A.F.E.) here. If you even take a quick glance, you will be as shocked as I was at how much clear and cogent information is in this ten page bill. The average number of pages for a U.S. Congressional bill is well over 1000 pages. There is a lot of meat in the Arkansas S.A.F.E Act. These state legislators really did their homework.

There are so many questions yet to be answered about children with gender dysphoria. There are no real long term studies. In one short paper that I found, the number of cases has exploded. From the paper:

Over the last 20 years, youth referrals to gender clinics have dramatically increased. In Europe, the two largest gender clinics for children and adolescents are the Gender Identity Development Service (GIDS) in London and the VU University Medical Center in Amsterdam. Both centres have witnessed a significant increase in referrals over the past 10 years (e.g. in London, referrals increased from 97 to more than 2000 between 2009/2010 and 2016/2017a), along with an impressive decrease in the mean age of referred clients and an inversion in the sex ratio of referrals to favour natal females.2, 3 Research on children and adolescents with GD or gender variance (GV) is sparse.

As the paper makes clear, gender dysphoria persists after puberty in only 10-30% of cases. These would all be factors that would indicate the need for caution in proceeding with anything other than psychotherapy, and that with great caution about the provider.

Why on Earth would Asa Hutchison veto this bill? He went on Tucker Carlson to s’plain himself. He should have watched the bout between Tucker and North Dakota Governor Kristi Noem, regarding her flip flop on the transgender in sports bill. Asa may have been prepared for Carlson, or he may have decided he needed to re-arrange his sock drawer.

Here it is, the main event:

Straight out of the gate, Hutchinson took issue with Tucker’s description of the bill. Tucker was accurate. From the interview:

Carlson interrupted: ‘If I could just correct you for a second,’ the host said. ‘This is chemical castration, of course, if you stop puberty and suppress the sex hormones, you are chemically castrating. So our description is correct.

‘We are talking about minors, children here. There are all kinds of things in Arkansas, kids in every state are not allowed to do. Get married, drink a beer, get a tattoo. Why do you think it’s important for conservatives to make certain that children can block their puberty, be chemical castrated, why is that a conservative value?’

We have laws against children getting married, signing a contract and many other things because they cannot see around corners. Their frontal lobe is not quite developed. But, Asa Hutchinson argued William F. Buckley and Ronald Reagan:

First of all, you have parents involved in very difficult decisions. You have physicians that are involved in these decisions. And I go back to William Buckley. I go back to Ronald Reagan. The principles of our party, which believes in a limited role of government.

You have vetoed a bill that would have protected children from a life altering permanent procedure that has effects we can only guess at. But the early indication is they are very serious and very negative in some cases.’

Either the Transbullies or the woke corporations got to Asa Hutchinson, clearly. If he had read the S.A.F.E. Act, he would have understood Carlson’s point. We have no clue and no long-term studies that indicate what long-term effects these hormone cocktails have on pre-pubescent youngsters. And, genital mutilation for a child who doesn’t know how they will feel tomorrow is psychotic. What if this is like the eating disorder epidemic in the 1970’s and 1980’s? Our job, as adults, is to protect children, not assist them in mutilating their bodies.

The wonderful Mollie Hemingway got it:

Arkansas Governor @AsaHutchinson just told Tucker Carlson that if Republicans "want to broaden the party" they have to support the chemical castration of children and that's why he vetoed a bill on transgenderism that restricts chemical and surgical castration of kids.

Asa Hutchinson should have re-arranged his sock drawer. He might, then, still have a career in politics. Tucker exposed him for the corporatist rino he is.