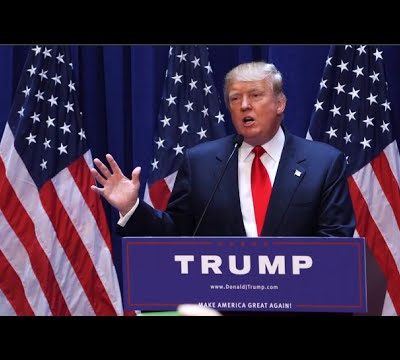 Another Democrat Jumps In As Jim Webb Declares For President

Next post
#TrumpTrending: Be Careful for What You Wish

Another Democrat Jumps In As Jim Webb Declares For President

The Democrat tally is now officially up to five. Jim Webb, former senator from Virginia, has announced today that he is in the running for the Democratic nomination for president.

Webb, in an announcement posted on his campaign website, acknowledged he would face major hurdles but vowed to bring an outsider’s voice to the 2016 race.

“I understand the odds, particularly in today’s political climate, where fair debate is so often drowned out by huge sums of money. I know that more than one candidate in this process intends to raise at least a billion dollars,” Webb wrote. But he said the nation “needs a fresh approach to solving the problems that confront us and too often unnecessarily divide us. We need to shake the hold of these shadow elites on our political process.”

Webb, 69, a decorated Vietnam veteran and former Navy secretary under President Ronald Reagan, surprised many Democrats when he became the first major figure in the party to form a presidential exploratory committee last November. He has outlined the roots of a campaign message that include helping working-class Americans compete in the economy, tackling campaign finance reform and preventing the U.S. from getting involved in foreign entanglements like Iraq and Afghanistan.

Webb will position himself as another mainstream alternative to Hillary Clinton, and will single out her initial support of the Iraq War (she voted for it, Webb voted against it) while touting his military credentials. However, as of 4 pm EDT, his website is having error issues when one tries to read his full announcement statement. Oops. Not very professional.

Error messages notwithstanding, Webb is already suffering from the same issues that former Governors Martin O’Malley and Lincoln Chafee also have – no buzz, no national name recognition, and a media that follows Hillary Clinton around like a puppy. So, this is a vanity run, plain and simple, unless Hillary implodes. Maybe that’s what Webb, O’Malley, and Chafee are waiting for.