I marathon watched the Barrett-Jackson Classic Car Auction last night.  I love classic All-American muscle cars, known for their power, engineering ingenuity, and tremendous display of chutzpah and sheer style.  These cars sold at auction for incredible prices.  Because they rarely build American cars like that anymore, people will pay big bucks for the memory and the quality.  Those were cars that were lavished with the All-American tradition of big, bad, and beautiful.  I watched the bidders – mostly men, of a certain age, who idolized the classic American muscle car.  I’m betting they are as pissed off as I am at the state of American muscle.

There used to be a day when cars like this ruled the road and were admired and coveted by Americans.  Packed with all-American power, design, engineering and bravado.

It didn’t take very long for me to compare the rare and classic All-American muscle car to the diminishing All-American non-automotive muscle in the world we live in now.

Remember when it was acceptable to have brawn and power?  When we were not in a declining, sissified state of cowering in the liberal sanctioned corner of political correctness and “tolerance”? 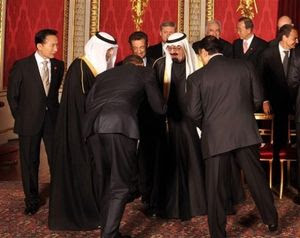 Remember when it was more “American Muscle” than “American Hustle”? 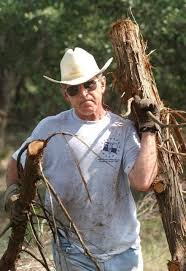 I don’t know about you, but I’m fed up with the de-muscling  of America.  I (and you) live under the self-righteous rule of liberal leftist weaklings and weenies who think America is too strong, too rich, and too exceptional.  They relish American failure and surrender, they want weakness, they want conformity.   Under their governance, there will be no embracing All-American freedom, values or ideas or giving “equal opportunity” to rise up to become exceptional and successful. Especially if you are a conservative.  Power is a dirty word.  Muscle is just too aggressive.   And when you disagree with them, you and the people who protect Americans are called racist.  Or worse.  Because to a puny progressive, there’s nothing worse than a strong conservative.  Show me a whiny, spoiled, self-righteous hipster special snowflake weakling weenie and I’ll show you a leftist who wants revenge.  And your money.  See how that works?

I know who the real heroes are in America.  The ones with muscle.  And I’m not just talking about physical strength.  I’m talking about Americans with courage, tenacity, and ethics.  And none of them are in the White House, Department of Justice, federal agencies, or most of Congress.  Sad, isn’t it? That our very own government has brought us down to the level of countries like…Venezuela.

Call me crazy, but I’m of the opinion that being powerful and aggressive has a good solid history of keeping America safe.

You have to use all kinds of muscle to get freedom and liberty and more importantly, to keep it.   This is something conservatives believe in.  They don’t believe in bowing to foreign leaders or refusing to call an enemy an enemy even if they are sawing off the heads of American citizens.  They believe in strong leadership and military might and that when we need to use it, we use it hard and fast.  We don’t believe in consulting with the United Nations or going to Twitter to deal with evil.

Liberals, on the other hand, believe that an enemy is just a friend who hasn’t yet “understood” that love and peace is the way to go, man.  Then when the bad guys show up to disembowel them, they scream for the Marines.

Or are weenies, cool cats, weaklings, and hustlers going to continue to….hustle.

Weenies or Muscles.  We have to decide.  Or the Islamic State will decide for us.