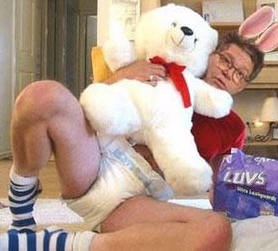 Minnesota may be getting tired of joke politicians like Al Franken and Jesse Ventura. When Al Franken’s was elected five years ago, he started his political career with a lot of negative attention. He then decided to stop being such a flaming imbecile, and has kept an extremely low profile since then. But even keeping a low profile couldn’t save him from Obamacare — his poll numbers have been steadily dropping. They aren’t low enough to make his seat easy pickings, but they’re enough to make him nervous. And when Sarah Palin came on the scene to endorse the leading candidate in the Republican primary, Julianne Ortman, Franken just about wet his pants… and scrambled to send out a pathetic warning to his supporters about her influence.

According to Palin, Julianne Ortman is a solid conservative:

“The only way to beat Al Franken is with a public servant from the people, not from the establishment in Washington, and Julianne Ortman is just that public servant,” Palin said, referring to Democratic Sen. Al Franken, who is seeking a second term.

“Julianne is a fighter for life and for our Second Amendment rights,” Palin said.

Ortman has a slight lead in the polls, and with Palin’s endorsement, Al Franken evidently got worried.

On Monday, Senator Franken sent out a dire email warning of Palin’s influence on the election. He also could not resist attacking the Koch brothers as well.

“Sarah Palin is now involved in the race — she just endorsed the Republican who, according to the Koch-affiliated poll, is only three points down,” he wrote. “The Koch-backed attack group running ads against me just put out a new poll showing two of my Republican opponents within single digits — and, regardless of whether you trust their numbers, it’s sure to egg on more right-wing attacks.”

Franken no doubt is remembering his narrow — and contested — win over Norm Coleman in 2008, with just 312 votes giving him the victory out of over 3 million. He won after a recount, which was riddled with accusations of voter fraud. If the Koch poll he mentions is true, then Franken may indeed have cause to worry. And if he feels the need to send out e-mail warnings about Sarah Palin in order to gin up money, then he’s clearly feeling threatened. No one can say that’s a bad thing.