Abortion Fetish Is A Thing With Sick Liberals

Next post
Brian Stelter Finally Has Last Show On CNN

Abortion Fetish Is A Thing With Sick Liberals 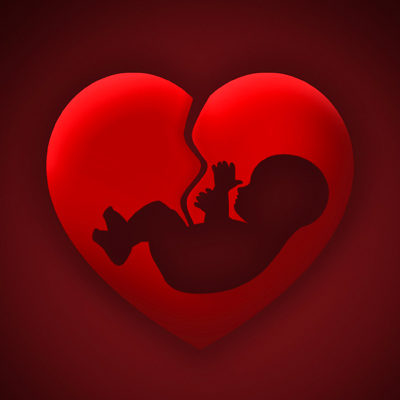 Nothing should come as a shocker to us anymore when it comes to the topic of abortion and ugly inside-and-out liberals. Their obsession with killing off babies is sick but, well, this is bat guano and craven, to put things mildly.

The following tweet and segment go this podcast contains graphic and sick language that is not safe for work or around children that you chose to bring into this world…so please, listen and view with caution:

Two pro-abortion podcasters discuss having an “abortion fetish” and making an only fans for abortions pic.twitter.com/Eap74bV1zG

I’m like I want to look into your face when you’re sucking that out of my body.

I bet your p*ssy looked really good when they pulled that dead baby out of it. OnlyFans abortions’ to help women pay for their f*cking abortions, if people are into that, there’s a fetish for that: to watch a bloody f*cking guts come out of a p*ssy. Somebody’s into that.”-LibsofTikTok

So, are we to believe that these (poor excuses for) women are advocating for baby snuff films? The brunette with the tri-colored bangs is actually a New York City-based comedian by the name of Lauryn Petrie, who hosts a weekly podcast entitled “Alien, Murder, Sex”. From her personal website’s bio (in all caps):

LAURYN PETRIE IS A STAND-UP COMIC, WRITER, EX AUTOPSY ASSISTANT, AND FORMER DRUG ADDICT. FROM CUTTING UP DEAD PEOPLE TO LIVING UNDER A BRIDGE, SHE FINDS HUMOR WHERE OTHERS FEAR TO TREAD. HER UNIQUE LIFE EXPERIENCES CREATE HER SINGULAR BLEND OF AN OUTRAGEOUS , MACABRE, AND TRANSGRESSIVE STYLE OF COMEDY.”-laurynpetriecomedy.com

Originally from Austin TX, her life reads like an after school special. At 18 she ran away to pursue a life of destruction and debauchery. She started doing stand-up in Portland, OR After a DMT trip and somehow avoided becoming a pretentious, triggered, vegan before she moved to NYC. In March 2019 she was a part of the first annual Bad B*tch Revolution Comedy Festival.”-Skankfest.com

Stand-up in Portland. Yeah. I can see how Portlandians would find this type of humor ROTFLMAO hysterical.

Petrie is a self-described “antisocial nihilistic comic”. All of these Conservatives being upset about her irresponsible, reprehensible abortion commentary? Well, they just simply do not understand that her nodding to “bloody f#cking guts” of a baby coming out of a woman’s hoo-hah is actually funny. They are not cerebral enough to understand this form of “nihilistic humor” or something. Something only people who would attend an event called “Skankfest” would understand, I suppose. One would think Donald Trump came up with that name. Nope. Leave it to the pro-abortion liberals who like to get up on stage and talk ad nauseam about their vaginas.

Petrie is so happy she is getting attention, by the way:

The funniest part is that you think baby killing fetish jokes are comedy gold, but making fun of the rainbow community is hateful.

Uh, no, Ron. This is where the morally and intellectually “superior” left is DEAD wrong. Walking around yesterday, I saw a purple-haired, grown-ass woman in her 40s with a shirt that said “Because, Science.” She was carrying around a hydro flask on her backpack with a sticker that read, “If you’re against abortion, get a vasectomy”. Really? I’m against abortion. Do I need a vasectomy, genius? I guess, if I’ve identified myself as a man with a penis, I would (I could, after all, in the world of all-inclusive, like-minded individuals of the rainbow) but, honestly, I have no desire to do identify myself as anything but a woman. I wanted to call her out on the ignorant statements both on her shirt and on her hydro flask but refrained. By this logic and Ron’s statement, I guess this discussion about baby blood and guts makes anyone who finds this offensive hard and horny? One might think there was a bit of a slip here with this particular Twitter participant who calls himself “Ron”. My guess is he went into the bathroom with some Vaseline after watching the podcast.

So, no. I did not “get off” on seeing this horrific display of complete disregard for human life, Ron. No, it made me repulsed. As it does with most normal people of rational mind who learn of people speaking in this way. Abortion is not a topic of comedic genius. It is a tragedy and an ending of a life. Hardly funny. Hardly amusing. But psycho hose beast, Lauryn Petrie-Dish, in her sick, delusional world with the rest of the liberal cesspool, thinks abortion is hilarious AF. This is what some people call “creative genius”.

Well, at least she admitted to what we knew all along. Planned Parenthood does kill babies and makes most of their money from abortion. They’re sooooo smart. (Mic drop.) I’ll be here all night. Make sure you tip your servers.