Next post
Midwest Storms and the Weaponization of Weather 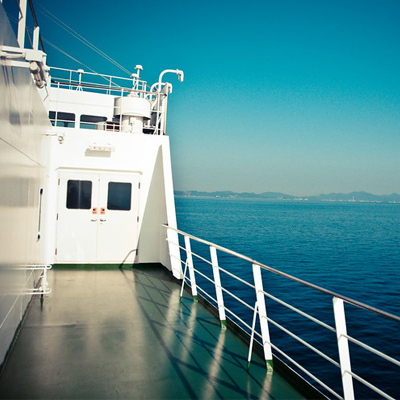 Now that the six-weeks abortion ban is pretty much ensconced in Texas, radical feminists are desperate. They must keep their ability to kill their unborn children. So some of them are suggesting unique methods of obtaining such services, such as bringing in abortion boats.

Abortion boats would be like the Navy’s hospital ship

One of the harpies at Jezebel compared abortion boats to the USNS Comfort, which our Navy uses to provide emergency medical care for our military. Comfort has also served as a mobile surgical hospital in disaster zones to provide humanitarian relief.

But if Texas women can’t get the Comfort, then someone else has to step in to provide abortions for them. After all, it’s an emergency, y’all!

Jezebel has logistics figured out, too:

“Send the ship to the Gulf Coast, fill it with Texas abortion providers and patients, and sail out to sea where state laws—like the six-week ban and mandatory 24-hour waiting period—don’t apply. There could be multiple sailings a day offering both medication and procedural abortions.”

I can see it now — a speaker at the port announcing departures:

What about legalities? Here’s where the Jezebel article digs really deep into possible problems with the Hyde Amendment. You know, legal stuff:

“Some lawyers may argue that just sending the boat to Texas is using federal funds for abortion and thus violates Hyde, but I don’t know, figure it out!!”

Got that? We want our abortions and we want them now! Figure it out!

But if Texas can’t wrangle up enough abortion boats to satisfy the bloodlust of these ghouls, another savior may come to their rescue. That would be Dutch abortionist Rebecca Gomperts, who’s sailed the world, providing abortions wherever she goes. Or, if her medical crew can’t dispatch babies in person, she’ll provide abortion pills.

Moreover, her organization can even bring abortion pills to women’s doorsteps via robot or drone! Look for Jeff Bezos to get Amazon in on that action.

But even if she can’t bring her abortion boats into the Gulf of Mexico for Texas women, Gomperts still plans to mail pills to them. First, a woman has to meet with a European doctor over the internet. Then she can get her abortion pills. So if men can get their little blue pills through online doctors, women can get their meds to dispatch their unborn babies.

“How else better to feel liberated than crapping out your ‘meaningless clump of cells’.”

Because nothing says “empowered woman” like flushing away unborn life, right?

Feminists want Big Government to save them

But whether it’s abortion by boat or drone-delivered pills, abortion harpies want the government to save them. As the Jezebel article ended:

“That’s why, in an ideal world, abortion boats would be just one of the many options the Biden administration would pursue to restore abortion access in the state.”

Help me, Biden-wan Kenobi. You’re my only hope.

Radical feminists who go to such extremes to ensure that unborn babies can be killed at anytime are not just political junkies. They’re cultists. How else can you explain this. . . thing??

Radical feminists, in the name of their cult, want to abolish religion. They also want to destroy the nuclear family. But don’t expect them to take responsibility for their own behavior so they can avoid getting pregnant.

Furthermore, abortion is their sacrament — their sacrament or rite of Confirmation, if you will. Once a woman (or “birthing person”) has annihilated their unborn child, they’ve become a member of the cult. And they’ll employ abortion boats and drones and even the postal service to make sure that the cult never dies.