Twelve years. Twelve years, indeed. There is not one American unaware of the magnitude and significance of today, though it be different for us all. For me, this post I wrote four years ago is but the beginning of my reflection:

“8 years ago today I was lying in a hospital bed hooked up to a half dozen machines, intra-jugular IV dangling from my throat, still blind and unable to move.

As I lay there attempting to “watch” TV, seeing nothing more than shadows and white spots move across the screen, the brief glimpse of red captured my attention; it was the first color I’d seen in weeks.

That red was the first plane hitting the WTC.

I called my then-boyfriend who was an instructor pilot at Ft. Rucker, a dark sense of fear taking over. I told him that a plane hit the tower and it sounded bad, just surreal. The feeling of foreboding was overwhelming.

Shortly after, DC was hit. They didn’t say the puzzle palace on my particular station, only DC. All I could think of was my friend, Jonn, and where he was in relation to the attack.

I do love my Jonn and started to freak out a bit, to the point that my already high bp spiked, I burst into an emotional amalgamation of tears and hormones, and they forbade me from watching TV any longer.

The now-ex found out the next day that Jonn was ok through the power of my dear friend, the internet.

Jonn would be my beloved Jonn of This ain’t Hell, and he is still the second thought to make a path through the unlit thoroughfares of my mind on this day per annum. And my first thought?

“No one ever told me that grief felt so like fear.” – C.S. Lewis

No, they did not. That day, so many of us learned the truth in that statement.

It’s been twelve years now and a lot of life changes. Through more kids, divorce, more doctors than should be legal, a promotion to Samurai Princess and finding peace in a pink primate, life has gone on.

They say through everything bad comes some good, and I’m inclined to believe that.

As I’ve watched those who have lost loved ones deal with the overwhelming grief and pain, I have also seen bonds formed of steel resolve.

As I’ve met and formed friendships with those who have sacrificed more than any one of us will ever realize, that good shines through.

Yes, I listen to and see the pain and ghosts left by five tours in Iraq on the heart of my best friend, I sense the ever-present scars of loss and pain felt by that person who holds my tomorrows, and I grieve with the parents who buried their son as we stood surrounded by hundreds in a small town cemetery; the widow whose husband fell making certain another soldier was gifted another sunrise, the high school senior who laid to rest her best friend two months before repeating the process with her father and holding her own folded flag close.

But had we not, we wouldn’t appreciate so the gifts we receive with the dawn of each new day, nor would we have borne witness to the strength and resilience residing in our fellow Americans, and neither would we (especially I) have been blessed with the realization that there are others out there willing to see the positive through such tragedy.

Having grown up the child of a Vietnam Veteran, the magnitude and scope of today’s support of the fighting man since that day twelve years ago brings hope that America will never allow its sons and daughters to be taken for granted again. That is a vow I myself have made and will see through as long as I draw breath.

And now we, and especially I, must remember. Why? Because I am alive.

In the words of Rick Rescorla: “It’s a good day to be proud to be an American.” 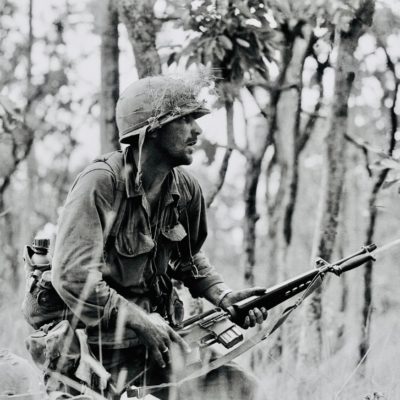 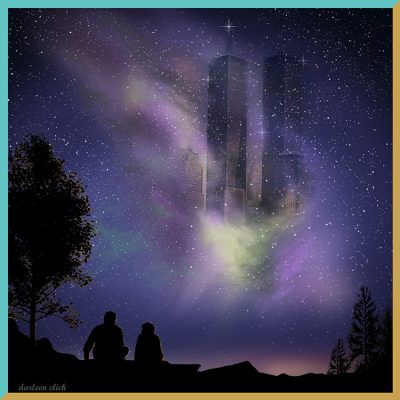