A Victory Girls 9/11 Collective: We Remember, We Are Not Afraid 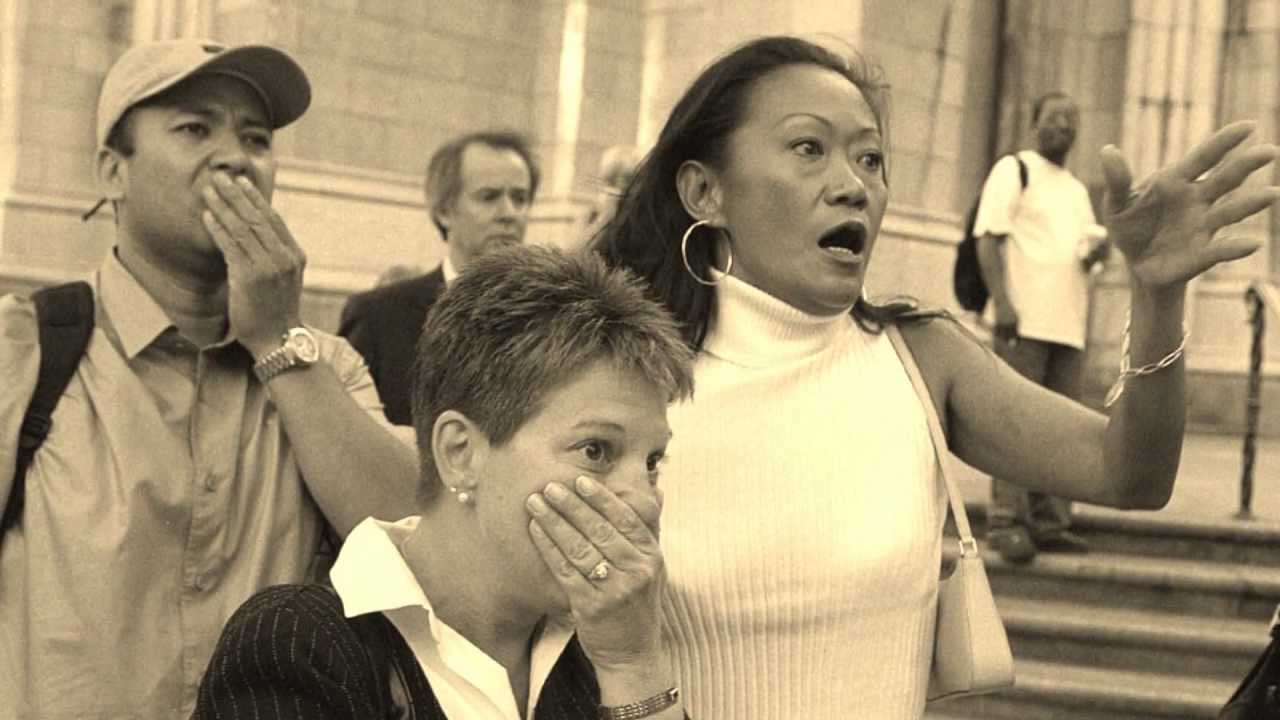 Maybe some have been able to move away from that day, but I really haven’t. I remember everything. All the details about everything – even after twelve years.

Much of it seems like yesterday to me. I got up early that morning at 5:45 West Coast time because for ‘some reason’, I just couldn’t sleep. I felt strangely troubled. I turned on the TV and saw the early coverage that “a small plane has hit the WTC.” That just didn’t seem right because the impact hole was huge! I seemed to instantly know it was intentional and went upstairs to wake up my husband, telling him to come watch TV with me because something horrible was happening…

I watched way too much TV during the days that followed. I couldn’t seem to take my eyes off the coverage day or night – like the rest of the country, I suppose. I knew the names of victims, heroes, and those 19 terrorists who hated us more than life itself. And yes, it was then, during 9/11, that I knew I would love George W. Bush forever – no matter what. I’m so glad he was our President on that day.

Now, as each anniversary date approaches, I get anxious and uneasy, my stomach becoming queasy if I think about all of it too long. Maybe I have a form of 9/11 PTSD. I don’t know. To this day, I can’t watch a 9/11 TV show or even a short tribute video without bawling like a baby over what we lost. Yet in the middle of all of that, the events of that day solidified something in me along with millions and millions of other Americans:

We are not afraid.

We continue to live our lives the best way we know how. We work, we play, we laugh, we live, we love. We don’t waste one moment, nor sacrifice one bit of our beloved freedom, because of fear.

We are not afraid.

I suppose I will always feel this way about September 11th, America’s “Patriot Day.” How could I not? God bless our dear country – we need his intervention so desperately these days. And we will never forget our friends or the generation of our best and brightest who, for 12 long years, have answered history’s call of duty and taken the fight to the enemy.

On this 12th Anniversary of September 11th, the Victory Girls have recorded our thoughts and reflections of that day, forever burned in our national memory. ROS and Dejah have our featured posts, while our other writers’ thoughts are transcribed below. We hope you will remember with us…

Kit
“It was a crisp fall morning in South Dakota, and I was at my first day of work at a local bank. I was chatting with a woman in the drive-up lane when she suddenly exclaimed, “Oh my God! Listen to this!” She turned up her radio so we could hear—and in that second, the world changed. Our world changed. I saw it in the faces of my co-workers, and heard it in the voices of customers as they came into the bank. We talked of nothing else. For the rest of the day, we huddled around a radio that someone went home to get, hungry for any news and becoming more horrified as the hours passed. I slept on my couch with the TV on, afraid to miss any new information. All at once, everyday conversations weren’t about clothes or movies or what we planned for the weekend. We talked of death, of life and purpose and what it means to call ourselves Americans. We talked of things that mattered to us. Yet, in my own heart there burned something more than sadness, more than a grief so deep that it made me physically sick. In my core was white-hot rage.

Twelve years later, I still remember the knot in the pit of my stomach. I remember the heat of my tears and what human skin looks like covered in ashes. I remember seeing the terror on victims’ faces as they staggered, burned and broken, to whatever safety they could find. I remember the sound of screaming. I remember asking myself what kind of horrifying decision it must be to choose to jump from a skyscraper rather than face burning to death in a collapsing inferno. I remember the scrawled pieces of paper posted on bulletin boards, frantically looking for friends and family in the chaos. I remember those who waited in the pitch black rubble for hours and days, wounded and scared, for help that could not come in time. I remember the passengers on Flight 93, who chose to stand against evil, knowing it would cost them all the rest of their days. I remember the firemen who went back over and over…until they just didn’t come out again. I remember. And I am still angry.”

Cassy
“When I think about 9/11 now, 12 years later, it has taken on a much more personal significance than I ever realized it would. It was a devastating, horrifying day. I was only 17, and in a way, it was a loss of innocence for me. It was the first time in my life I had been confronted with true evil. Worse, it also showed me the good in people… and how that goodness could be taken from us so easily. While I knew that this meant war, I couldn’t have known at 17 that I would eventually marry a Marine. I couldn’t have known how 9/11 would bring a war to the country that would still be going over a decade later. I couldn’t have known that my husband would deploy four times to defend his country, missing two pregnancies and the birth of one child, suffering a TBI after being in an IED blast. There was so much I couldn’t have known at 17. One of the things that I couldn’t have known at 17 is how quickly people forget. To this day, it is the hardest thing for me to accept. When 9/11 happened, I was a teenager whose world was changed forever. I couldn’t, and still can’t understand how so many people would eventually forget… would cease to care.

I dread this day every single year. At some point in August, I realize that the anniversary of 9/11 is coming up, and the impending sense of dread sets in. I remember people like Michael Cosgrove, Betty Ong, Father Mychal Judge, Welles Crowther, and thousands more whose names I don’t know and wish I did. I cry for them and for their families. I cry for our troops and for their families. I hate what that awful day did to our country, and I grieve, every single year. So many people don’t, though. It’s no longer relevant to them, I guess. The truth is, I don’t know why so many people have become so cavalier about 9/11. Maybe it’s because it doesn’t affect their lives anymore. Whatever the reason, as a mother of two (and soon to be three), what I can’t help but think about this year is that it is my duty and responsibility to make sure that my children don’t grow up not knowing about 9/11. It is my job to ensure that they can carry on the memories, of the good and the evil from that day. It is up to me to make sure that, even though my children weren’t alive that day, they never forget. It is up to all of us. It’s the least we can do for the heroes of 9/11, who ran in when everyone else ran out; for the victims, who left heartfelt messages for the families they would never get to see again. It’s the least we can do for the thousands of troops who gave their lives fighting against the terrorists who brought evil and death to our country over the last ten years. We, as a country, need to remember 9/11. It’s the least we can do.”

END_OF_DOCUMENT_TOKEN_TO_BE_REPLACED

I remember the day 12 years ago when my life truly changed forever.  I will never forget it as long as I live. It was early and…

END_OF_DOCUMENT_TOKEN_TO_BE_REPLACED

Twelve years. Twelve years, indeed. There is not one American unaware of the magnitude and significance of today, though it be different for us all. For me,…